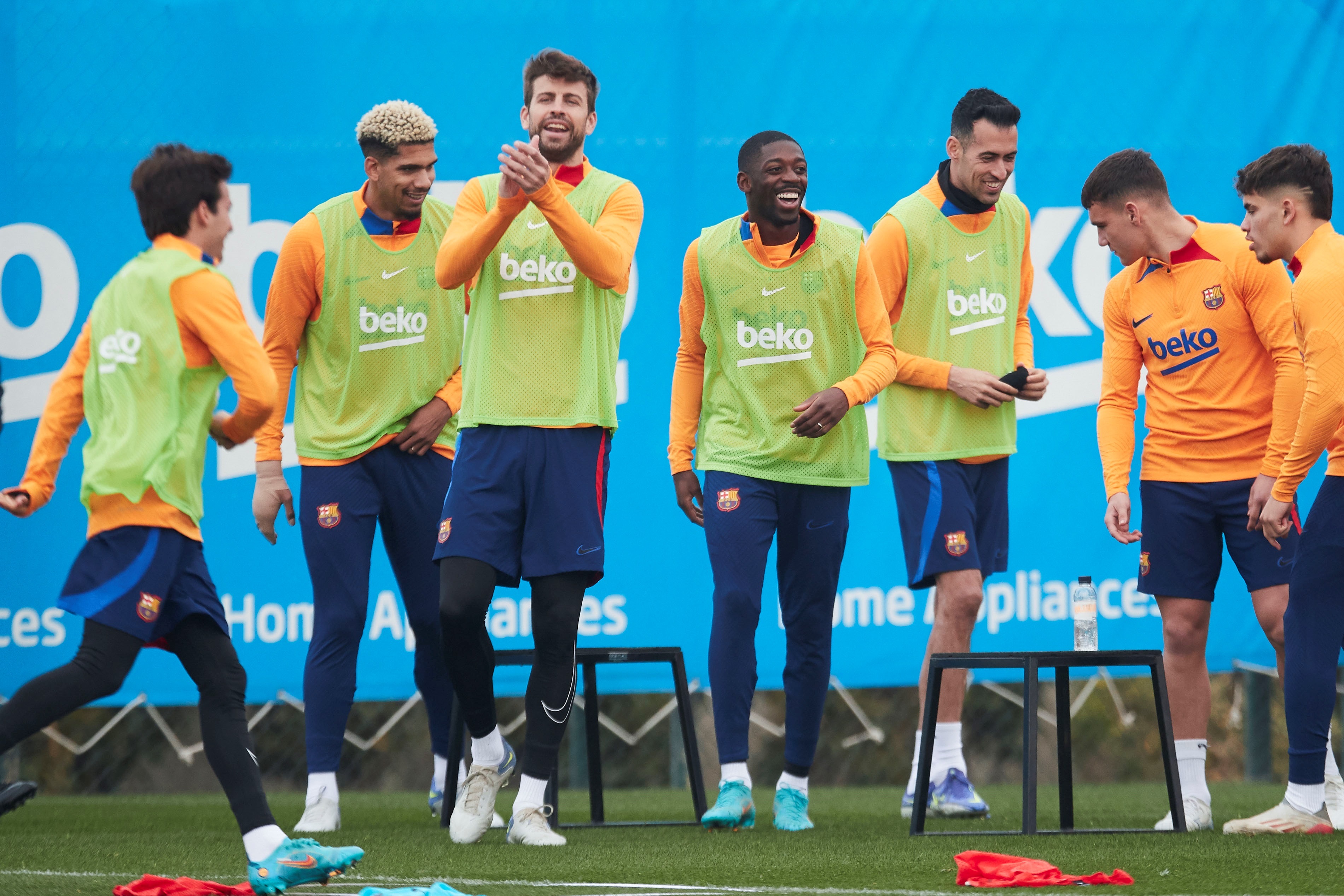 Xavi flees from the conflict and seeks consensus in a flammable club like Barça. The Barça coach faces a decisive match against Atlético de Madrid (Camp Nou, Movistar, Sunday 4.15pm), “a final” according to his definition, in the midst of two disputes that are difficult to manage and that have their own names: Dembélé and Simeone. “We can’t shoot ourselves in the foot,” the coach concluded when required for the reasons that have led him to pick up the French striker whose contract with the club ends on June 30. “The Barça fans would not understand that we played the same as Atlético”, he added after learning that the Atletico coach had previously recalled: “In 2016 [Xavi], said that Atlético football was not for the big teams”. The last comeback against Valencia encourages Simeone to charge the weather more in Barcelona’s return to the Camp Nou.

Barcelona has not played in its stadium since December 18 against Elche. A goal by Nico was chosen as the turning point for Barça in a match that ended in a 3-2 local victory. The team, however, not only did not stabilize but has continued to stumble, and tried to find a remedy in the winter market with the signings of Alves, Adama, Ferran Torres and Aubameyang. And it has been corrected with controversial decisions such as keeping his bet on Dembélé. “Either renew or leave,” Barça proclaimed in unison on January 18. The answer to February 5 is that he will play without having to update his contract after not being called up for the Cup match against Athletic or the League match in Mendizorroza. The striker has ceased to be ignored as a rebel to become part of the possible line-up that will try to come back to Atlético in the League table.

“Circumstances have changed and, therefore, a new solution must be found,” summed up Xavi, who has won his pulse with the club’s rectors, willing to do without the Frenchman after feeling mocked by an indecipherable player and about whom He suspects that he has a contract signed from June 30 with a club that could be PSG. “He is part of the squad and the team” explained Xavi. “He has a current contract and, like many others in his situation, he can help us; he is a good professional and we will use him when it is convenient”, he added. “The decision belongs to the club and not unilaterally; We are a family and we have to close ranks, be selfish, think about ourselves and not about whether we were wrong or not”, insisted the Barça coach, the same one who declared that Dembélé could be the best in the world in his position in a shared statement in his day by President Laporta.

The directive and the technical secretary are entrusted to Xavi. They have given up on the dispute with Dembélé, who has been offered from the offices to several Premier clubs and was even given the option of granting him the letter of freedom, and they have tried to satisfy the coach’s requests in the winter market to try reach one of the four places that give access to the Champions League. The look is so short that the coach does not want referendums on players who cause conflicting opinions in the fans like Dembélé, who has not played since January 12 against Madrid. The presence of the Frenchman can increase the tension at the Camp Nou if you take into account that Luis Suárez returns to Atlético, scorned by Barça, and Simeone, who is looking for a melee with Xavi. Both teams are separated by a point, favorable to Atlético, and fourth place in the League is at stake.

Also Read  Tiger Woods has six bogeys in second round

Although the rojiblancos have gone five games without losing to the azulgrana, Simeone has not won at the Camp Nou. He has drawn and lost seven games and remembers that his team was proclaimed champion at the Barça stadium in the 2013-2014 season with a goal from Godín (1-1). It was no consolation for Barça that Mateu Lahoz admitted that he was wrong when he annulled a goal from Messi. The context always played against Tata Martino in the same way that Cholo has generally been considered to be the best manager for Atlético. “The rojiblanco team is a chameleon, they play by heart and are very difficult to beat”, said Xavi. “We are playing three vital points or even six if we take into account the classification”. “We need the support of the fans”, he concluded, aware that the capacity is 100% open.

In the absence of defenders, Barça has up to eight forwards —Ansu and Memphis are still out—, none left-handed, while Simeone will have the newly incorporated Wass and Reinaldo. The Argentine coach has not recovered Griezmann, who is still being discussed —especially regarding his transfer commissions— at the Camp Nou. He will surely bet on João Félix and Luis Suárez, “one of Barça’s best strikers, together with Eto’o, in the last 30 years, reason enough for him to be applauded”, argued Xavi. The coach is also satisfied with the squad that has remained “because the players who have arrived understand the game better and we will have more options in attack”, a reason that led him to thank the “club for the effort they have made with the reinforcements” and to regret —“I feel bad”— that he had to do without Dani Alves for the Europa League list.

Xavi commands and assumes that Barça revolves around his decisions while waiting for the response from the Camp Nou.