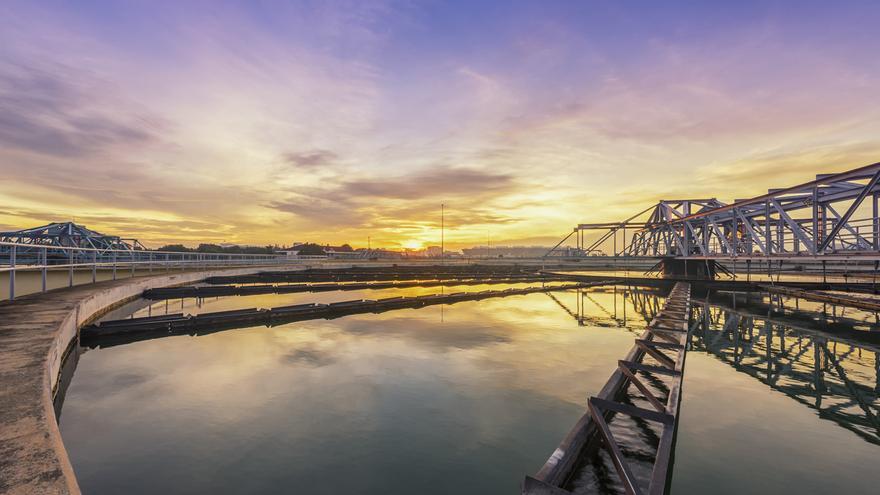 The study of wastewater has become a key tool for researchers in the prediction of new outbreaks and in the detection of new variants of the virus thanks to its ability to offer data that can establish trends among the population for the early detection of new spikes.

So much so that, before the first cases of infected patients were recorded in the Netherlands, scientists from the KWR Water Research Institute had already detected traces of coronavirus in fecal waters during the first days of March, and they became the first researchers to publish data on this fact. These studies were followed by others from Australia and Spain. The monitoring of SARS-CoV-2 in wastewater passed to other countries such as China, the United States or Sweden as a monitoring tool and epidemiological surveillance system.

Although the study of wastewater has been done for years, its application to monitor and follow the evolution of the coronavirus has been a novelty. Thus, after the publication of the first analyzes of fecal waters, together with the first studies that described the presence of SARS-CoV-2 genetic material in the feces of Covid-19 patients with and without symptoms, there was an impulse in this type of research work, which began to develop with greater intensity. For this it was necessary to develop a method.

In our country, the group of the Institute of Agrochemistry and Food Technology (IATA-CSIC) already had a long history in the analysis of other viruses in wastewater. This experience, together with the methodologies that they already had implemented in the laboratory, and the collaboration with the Segura Center for Soil Science and Applied Biology (CEBAS-CSIC) and with companies in the sector allowed that, in a rapid way, “they could be implemented these procedures and analyze weekly samples of wastewater collected in the Wastewater Treatment Plants (WWTPs) in different parts of the national territory ”, says Gloria Sánchez, researcher at the IATA-CSIC.

No danger. Although the virus leaves a genetic trace in infected patients that is expelled through feces, it is not spread through sewage.

All this has meant that, since the end of February 2020, a group of researchers from this Institute has been actively working on the optimization, validation and implementation of these procedures. “Thanks to the crucial collaboration established with Dr. Ana Allende and Dr. Pilar Truchado from the Segura Center for Edaphology and Applied Biology (CEBAS-CSIC) and the participation of the Murcia Sanitation Company (ESAMUR) that financed the study , it was possible to detect the virus in wastewater already at the beginning of March 2020, before the first clinical cases were registered in three of the six Murcian municipalities in which the sampling was carried out ”, highlights Sánchez.

Later, the IATA-CSIC group led a second study in the Valencian Community, in collaboration with the I2SysBio, where traces of SARS-CoV-2 were detected in retrospective water samples from the end of February 2020. The result of These studies have been the development of a molecular analysis system that can alert to the circulation of the coronavirus and offer information on the prevalence of the virus in the population and the progression that it may have.

The study of the collected samples allows to see the trends of the virus circulation in a certain area or even in a specific room or building. For example, the control of SARS-CoV-2 has already been implemented in collectors of nursing homes in the Valencian Community, so that, in case of detection of the presence of virus remains in these urban waters, tests are carried out PCR to all residents and workers, to locate the infected person, comments the researcher.

These studies complement the data recorded in hospitals and health centers, and do valuable tracking work, since they allow not only to detect and quantify SARS-CoV-2 in water, they also help to study which variants are circulating in different populations, using mass sequencing techniques.

The analysis of urban wastewater has been extended to many other Communities and cities throughout the country. Thus, the Ministry for the Ecological Transition and the Demographic Challenge has launched VATar Covid-19, a project for Microbiological Surveillance in wastewater and bathing water as an epidemiological indicator for an early warning system for the detection of SARS-CoV- 2 nationwide. To this project are added others, such as the Sarsaigua viewer promoted by the Public Health Agency of Catalonia (ASPCAT) and the Catalan Water Agency (ACA), which allows any citizen to consult the state of circulation of the virus in the different municipalities Catalan. Sarsaigua offers updated data on a weekly or biweekly basis, and has the support of the University of Barcelona. In the same line of surveillance service is the Vigía System launched in the Community of Madrid. All these projects take samples both in the sewers of the cities and in the treatment plants.

According to Antonio Lastra, Network Innovation coordinator for Canal de Isabel II, of the 300 samples taken each week in the Community of Madrid, “the first thing that is carried out is a series of controls that allow determining whether the sample corresponds to a profile of habitual domestic discharge, and, later, the homogenization and concentration of the sample is carried out in order, in a later step, to carry out the specific analysis of the RNA that allows to confirm how much genetic material of SARS-CoV-2 we find in that water ”.

The V System puts in context the evolution of each one of the sample collection points, if the trend is increasing or not, and in what position of the historical series of data is the last analysis, thanks to the statistical and mathematical treatment of the data. data obtained. Since the summer of 2020, these data are shared with the Madrid Regional Ministry of Health, “as a complementary tool to purely health data such as the number of hospitalizations, detected cases, etc., to monitor the pandemic,” he says. Lastra.

However, for Sánchez, who is in charge of several projects for the detection of coronavirus in wastewater in Spain, the data treatment needs further development “to be able to integrate information on the levels of SARS-CoV-2 in waters, flows of the plants, dilution of the sample due to the rain effect, population served, etc. ”.

Segovia, Igualada, Tudela, Logroño or Don Benito, the sampling takes place throughout the country. But it should be noted that, as Lastra comments, “SARS-CoV-2 has no infective capacity through wastewater: once it is excreted, the virus is inactive. What we detect in the wastewater is not the Covid-19 disease, but the remains of the virus that generates it ”. And it is that, although the virus leaves a genetic trace in infected patients that is expelled through the feces, it does not spread through urban fecal waters, and therefore they do not represent a route of infection.

The future of wastewater: from recycling to the field of study

If in 2017 the celebration of World Water Day highlighted the importance of wastewater and its potential to be reused, in 2020 it became the basis for important research and findings on the spread and prevalence of SARS-CoV-2.

These “aquatic waste” are no longer only a solution for the scarcity of this vital element and increasingly scarce, now they are also a source of information that can help the administrations responsible for public health to adopt preventive measures, which help to alleviate pressure on the health system, thanks to the early detection of possible new outbreaks, and the establishment of trends in the pandemic.

For Antonio Lastra, the study of wastewater “supposes an x-ray of the state of health and the eating habits of a society”. It is a new way of study, with massive use, to analyze and treat the health of a distributed population without having to analyze each of the inhabitants that compose it, says the person in charge.

Meanwhile, Gloria Sánchez affirms that in the future “epidemiology through the analysis of wastewater will allow us to monitor this and other viruses, and their variants, and identify potential new risks.” Countries will have an effective continuous alert tool for the detection of new pandemics.