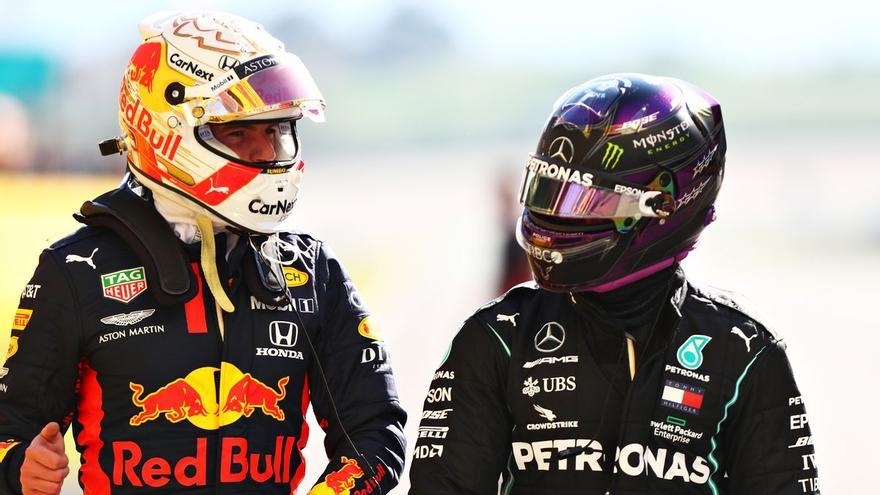 Dutch Max Verstappen (Red Bull) and English Lewis Hamilton (Mercedes) will close this Sunday the ‘battle’ they have had for the title of the Formula 1 World Cup and that will have its decisive final chapter in the Yas Marina circuit, scene of the Abu Dhabi Grand Prix, last of the season and where there is no longer valid mathematics.

after one hard fight for 21 races, Verstappen and Hamilton reach the last tied at 369.5 points, in what is the best outcome that the championship has experienced in almost a decade and since Mercedes was practically unbeatable.

The German team has ruled in the ‘great circus’ since 2014, a date since which no other team on the grid has been able to disturb him. Of these seven years, six have been dominated with an ‘iron fist’ by Hamilton, which could only beat another Mercedes, that of Nico Rosberg, In 2016, something that a Verstappen who has not been able to hold the advantage he amassed after winning in Mexico aspires to repeat now.

Hasselt’s last triumphed at the Hermanos Rodríguez Autodrome to put 19 points of distance between him and Stevenage’s, but the latter’s reaction has left everything tied before closing at dusk at Yas Marina, a route that will experience a situation almost unprecedented in the history of the World Cup. Only in 1974 something similar happened with the Brazilian Emerson Fittipaldi (McLaren) and the Italian Clay Ragazzoni (Ferrari) tied on points before the last race that gave the South American the crown.

None should run with the calculator because the one who remains in front will be the one who is proclaimed champion, although if neither finishes or scores, the glory will go to the Dutch driver. If the winner is Hamilton, he will add gold trim to his pages in the F-1 history books with his eighth crown, breaking the tie with Germany’s Michael Schumacher.

The Red Bull will do everything to avoid it in a race that is presented with added tension by the last polemics lived between the two in this tough fight, whose last episode was last Sunday in Jeddah, with the blow that both took at the confusing moment in which Verstappen had to give up his position to Hamilton.

Despite this, the Englishman had no problems getting his third consecutive win and showing that his car is in ‘top shape’, although the ‘RB16B‘It was very competitive in Saudi Arabia and only a mistake by Verstappen in qualifying prevented him from being first. In Yas Marina he was the last winner, with a ‘pole’ included that seems vital for Sunday and an exit that is exciting in order to avoid touches that remind of what happened between Ayrton Senna y Alain Prost in 1990 or between Michael Schumacher and Damon Hill in 1994.

Also Read  How Nutritious is Seafood?