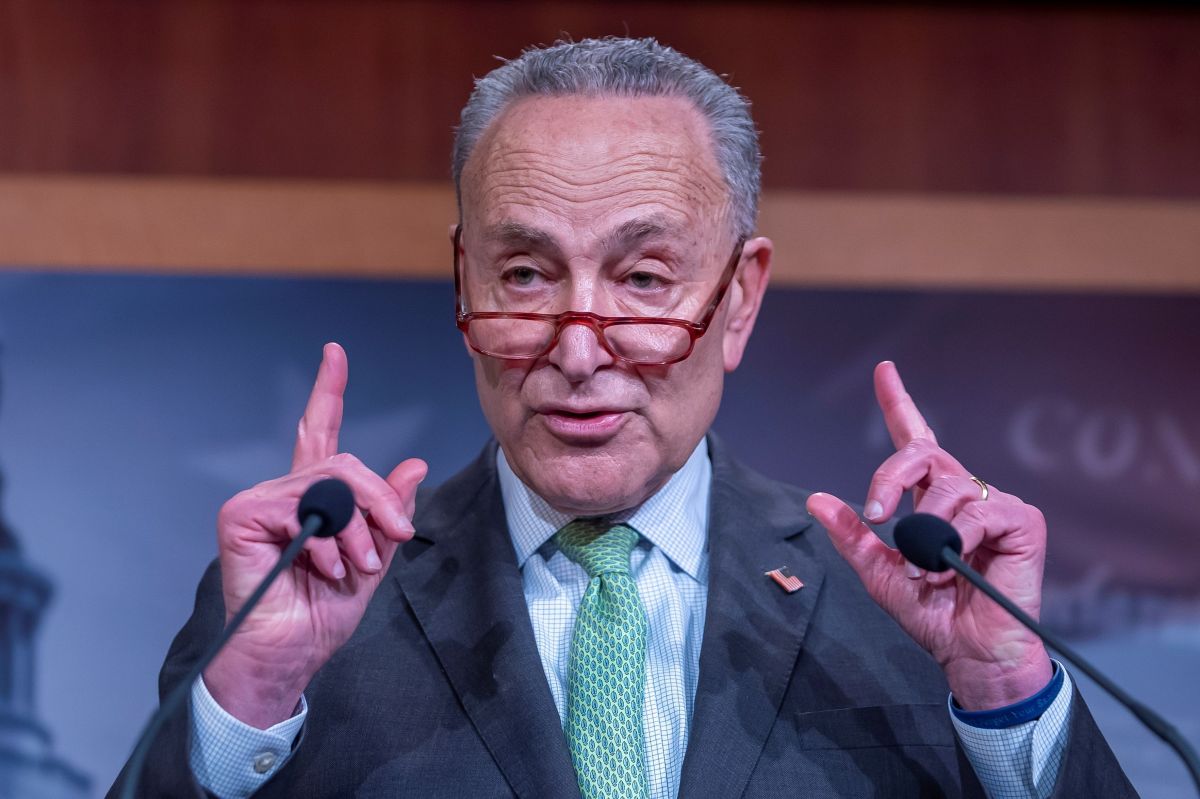 Senators Mitch McConnell, leader of the Republican majority in the Senate, and Chuck Schumer, leader of the Democratic minority, have agreed that their office staff begin negotiations for a long-awaited fiscal stimulus agreement in the face of the situation posed by the COVID.

This was explained yesterday by the Democratic senator from New York although at the end of this edition there was no confirmation of it from his opponent.

The calendar is closer and closer to the transition of the presidency but especially to the date on which some 13 million unemployed may lose the limited aid they receive in the collection thanks to the CARES Act.

Negotiations have been opened and closed between the two parties and with the Treasury on several occasions to get stuck in Republican demands to slim down the stimulus proposals. The main obstacles are the extra aid for the unemployed and transfers to states and municipalities.

The latter is vital for states like New York whose tax revenues are currently $ 3 billion below those collected last year. New York City faces a $ 9 billion shortfall, thousands of layoffs among its workers, and program cuts. It is also vital for the MTA, which has asked for $ 12 billion federal dollars to solve part of the severe crisis that afflicts public transportation and that is going to settle with steep fare increases and reduction of jobs and routes.

The state comptroller, Thomas DiNapoli, recently explained that the aid that comes from the federal authorities is already late this year (which will be very expensive) and that the regional transport system is “on the edge of the precipice.”

New York is going to need a lot of federal dollars. Exceptionally. The state traditionally gives Washington more than it receives in normal times.

This state’s taxpayers paid $ 23.7 billion more in federal taxes than the federal spending received in 2019 according to a report published by DiNapoli that details how for every dollar paid to Washington, New York receives $ 0.91, below the national average of $ 1.24. Only New Jersey receives less, $ 0.82.

“At a time when the pandemic has reduced the income of localities and states, closed businesses and affected families across the state, it has never been more critical that we receive much-needed support from the federal government,” explained the comptroller.

States like Kentucky, represented in the Senate by McConnell, receives $ 2.05 for every dollar it contributes.

New York is responsible for 8.1% of total tax receipts in the federal state but at the time of spending it corresponds to 5.9% although there are programs such as Medicare, Medicaid, food assistance and supplemental income in which you receive more than the average of other states.

A new stimulus package is crucial for an economy with high unemployment, a sharp drop in demand and a rise in cases of coronavirus, but both Congress and the White House have been in a impasse hard to beat.

President Donald Trump said last week that Congress should pass a new economic plan, he did not say which project in particular, but his administration has championed a $ 1.8 trillion package. Negotiations bogged down three days before the elections.

The project includes checks for $ 1,200 per person, although the Trump Administration resists direct funding to state and local governments, as well as a national plan against the pandemic, especially case detection and tracing.

The president-elect Joe Biden pushes for the HEROES Act to be passed, the most extensive project approved so far with $ 3.2 billion for companies, governments and workers.

The democrat cannot take action in this regard although he can anticipate them, until after January 20, 2021, when he takes office. Biden has sought that Congress reconsider the bill that already took a concrete step last May: its approval in the House of Representatives.

Although there is a division among Democrats on the amounts to be approved, the majority supports the path that the Speaker of the House leads, Nancy Pelosi , unlike the Republicans, totally divided between going with their opponents and those who simply don’t want a new project.

The Republican leader in the Senate, Mitch McConnell stands firm with a project capped at $ 500 billion, which would be “narrowly targeted at schools, health care providers, PPP (business forgivable loans) and liability reform.” It would also include an additional $ 300 for unemployment insurance.

Both the president-elect and Democratic leaders support the HEROES Act, but in their eagerness to negotiate they consider that they can lower the bar to $ 2.5 billion, since they consider it to be the minimum to face the current crisis.

The Trump Administration has not spoken on which project it would support at this time.

While there is no stimulus plan, the coronavirus pandemic is advancing in the United States with more than 250,000 deaths.

Infections are approaching 12 million, more than 150,000 daily, while experts warn of a substantial increase during the end of the year holidays, which begin with Thanksgiving next week.