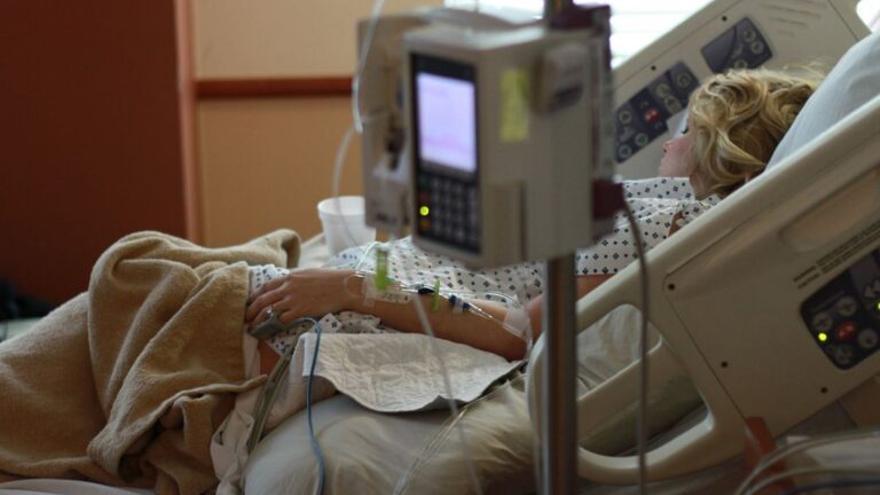 One in five patients in a persistent vegetative state is actually awake and locked in unresponsive bodies, warns a group of scientists from the United Kingdom, Canada and the United States.

They have published a scientific article in the journal Brain and a paper to public opinion in the British newspaper The Times, to denounce that medical practice is ignoring what this experience means for many people.

They point out that in the UK alone there may be up to 25,000 people with a prolonged disorder of consciousness (PDOC), aware of their situation and unable to communicate.

Persistent unconsciousness The persistent vegetative state It is the one that lasts one month after an acute traumatic or non-traumatic brain injury, or that lasts at least one month in patients with degenerative or metabolic disorders or developmental malformations.

In a vegetative state, the person is not aware of himself or his environment. The main difference between the coma and the vegetative state is that, at some point, people in this second state can have their eyes open and even appear to be awake.

They can move parts of their body, but this movement is not voluntary. They can even produce occasional sounds and words. After four weeks, the person is said to be in a “prolonged” vegetative state (PDOC).

In the letter to the Times, these scientists write: “Remarkable research using neuroimaging has shown that about 20 percent of patients labeled PDOC are in fact fully, or at least partially conscious.”

Communication possible In the scientific article, they say that detecting consciousness in these patients could allow them to express their views and feelings, and even determine if they have the mental capacity to make decisions about their situation.

They highlight that the scientific literature has shown that the use of magnetic resonance imaging, or the electroencephalogram, a monitoring tool that uses electrodes, can detect consciousness in some patients who are believed not to be aware of what is happening around them .

These techniques include asking them to visualize people or objects, which activate different areas of the brain, or analyzing whether their brain patterns, while watching a movie, match those measured in similar audiences of fully conscious people.

One of the signatories to both papers, Adrian Owen, along with other researchers, has convincingly shown that a subset of individuals in persistent vegetative states have minds that function significantly, even when they remain completely incapable of participating in other forms of communication or volitional behavior.

Telltale brain images Adrian Owen, Clara Stafford, from the Western Ontario University, and the Spanish Davinia Fernández-Espejo, from the University of Birmingham (United Kingdom), used functional magnetic resonance imaging (fMRI) in patients who appear to be in persistent vegetative states, such as as reported in a Article published in 2019 in the journal NeuroImage: Clinical.

Their conclusions were categorical: “Our results suggest that structural damage to motor fibers may lead to reduced responsiveness in PDOC patients in all diagnostic subcategories, and therefore (medical) behavioral assessments can underestimate the level of retained cognitive function and awareness across the PDOC spectrum. ”

Decide on your future

Decide on your future These researchers consider that if people in vegetative states Pseudo-persistent patients can communicate, even in this rudimentary way, it is more than justified to provide them with ongoing care and hope for further recovery.

Owen and his team were also able to verify that some of the patients with whom they had ‘communicated’ in the manner described were not in pain.

Therefore, the signatories of the letter, and of the article in Brain magazine, raise the possibility that in the future people in PDOC status may express decisions that guide their care, and even indicate whether they wish to continue living trapped within their brains.

In their letter, they criticize the UK’s Royal College of Physicians guidelines, published in March 2020, on the treatment of patients with prolonged disorders of consciousness.

Better medical care They question the rejection established by this document to new technologies, such as neuroimaging techniques, including functional magnetic resonance imaging and / or the electroencephalogram, to detect possible covert consciousness in these patients.