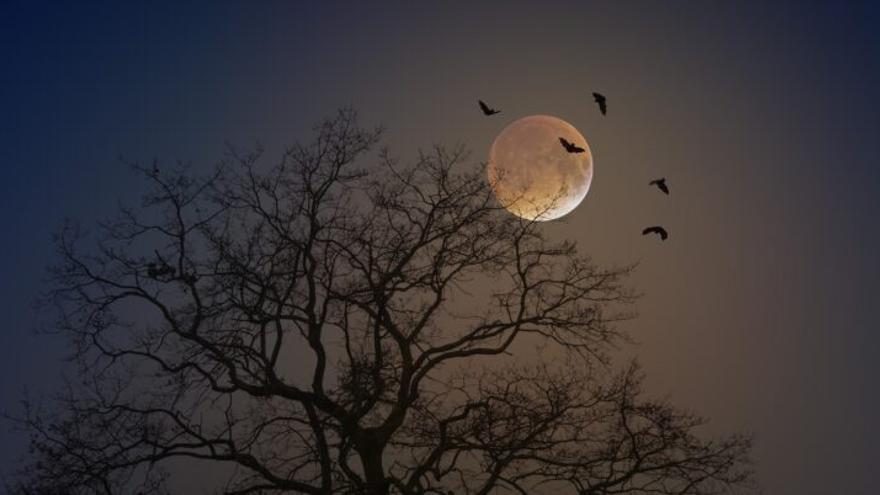 Only two new coronaviruses have spread globally in this century, from which we have already been two decades:

– SARS-CoV, which caused an outbreak of severe acute respiratory syndrome (SARS) in 2003.

But “these two cases may just be the tip of the iceberg of many undetected infections with related viruses that arise from bats. So says a new document that the prestigious magazine has collected today Science.

In a pre-printed article posted yesterday on MedxrivWithout being peer-reviewed, researchers estimate that about 400,000 people are likely to become infected each year with SARS-related coronaviruses.

But it is a figure with little scientific basis, because “there are no reliable data on the frequency of zoonotic spread, and that is something we should solve.”

It may interest you: The WHO has just begun to monitor a new variant of the coronavirus called “Mu”

The authors of this study, including Peter Daszak of the EcoHealth Alliance and Linfa Wang of the Duke-NUS School of Medicine in Singapore, combined data to try to detect where the new coronavirus of the future is likely to appear.

The first thing they did was a detailed analysis of the habitats of 23 bat species known to harbor SARS-related coronaviruses.

They then completed it with data on where humans live nearby.

And as a result they have created a map with the possible hotspots of infection.

Their results state that about 500 million people live in areas where the next ground zero could be, including northern India, Nepal, Myanmar and most of Southeast Asia.

But they consider the risk to be highest in southern China, Vietnam, Cambodia, Java, and other Indonesian islands (see map below).

The next ground zero?

“This is a definitive analysis of where on the planet the next SARS-like or COVID-like virus is most likely to emerge,” says Daszak.

The maps can be a good base to guide the efforts that we should start to do now, to reduce the probability that a new infection will get out of control.

To that end, we should change behaviors in high-risk communities and focus surveillance in these areas to detect new outbreaks before they are unstoppable.

And since these are scientists convinced that the Covid has come from nature and not from a laboratory, they consider that they can also be useful to guide efforts to find the natural origin of the virus, when it arrives.

It may interest you: The “secrets” of the Delta variant: it is a “monster” next to the Wuhan coronavirus

Every year there are thousands of undetected SARS infections

According to these researchers, small surveys conducted before the Covid-19 outbreak have suggested that some people in Southeast Asia harbor antibodies against SARS-related coronaviruses.

Combining how long the antibodies stay in the blood with data on how often people encounter bats, the researchers estimated that some 400,000 undetected human infections with bats occur across the region each year.

Daszak says that interactions with bats are much more common than people think:

– “Living there means that you are exposed: people take refuge in caves, extract guano from caves, hunt and eat bats.”

For this reason, although 400,000 infections per year may seem like a lot, the virologist Angela Rasmussen, from the University of Saskatchewan, considers that “in a region with probably hundreds of millions of bats and almost 500 million people, there are not that many.”

Also, most occult infections are likely to be short-lived and not lead to further transmission:

Also, in cases where the virus spreads, sheer chance can keep you confined to a small, isolated community.

– “It is likely that many of the viruses cannot be transmitted from one person to another, but I have very little doubt that there have been and are illnesses due to these viruses that are misdiagnosed or never diagnosed. The reason is that it is very unlikely that a rural farmer in Myanmar will go to the clinic because he has a little cough. ‘

The purpose of the study

This work is part of an incipient effort to try to understand the risk factors for viral spread from animals to humans. And a message is already clear:

– “I believe that for virtually any zoonotic pathogen in wildlife the spread is more frequent than previously recognized.”

And that’s not very good news.