Science advances every day, regardless of direction. The question is to know more than yesterday, but less than tomorrow. Within that advance today we find some robot spiders that have been dead for a while. Let’s find out what we’re talking about.

Rice University mechanical engineers are demonstrating how to reuse deceased spiders as mechanical tweezers that can be integrated into natural environments while picking up objects, such as other insects, that outweigh them. It looks nothing like the robot rat.

But this is what they are doing, now it’s time to ask… Why? Good question, although the researchers have an explanation for all this.

“It turns out that the spider, once deceased, is the perfect architecture to have small-scale claws derived from nature.explains Daniel Preston of Rice’s George R. Brown School of Engineering.

A study in Advanced Science describes the process by which Preston and lead author Faye Yap harnessed a spider’s physiology in a first step toward a novel area of ​​research they call “necrobotics.”

The Preston lab specializes in soft robotic systems that often use non-traditional materials, as opposed to hard plastics, metals, and electronics.

“We use all sorts of new and interesting materials, like hydrogels and elastomers, that can be powered by things like chemical reactions, pneumatics, and light.“, said. “We have even recently worked in the field of textiles and wearables“.

“This field of soft robotics is a lot of fun because we can use types of actuation and materials that have not been exploited before.Preston explains.The spider enters this line of research. It is something that has not been used before, but has a lot of potential“. 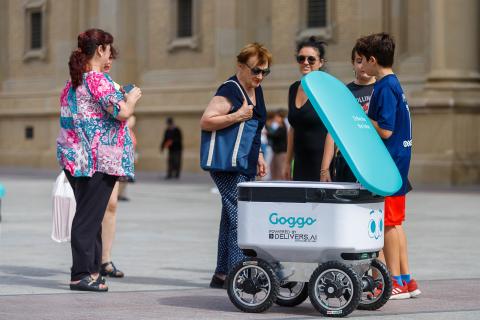 Unlike people and other mammals, which move their limbs by synchronizing opposing muscles, spiders use hydraulics. A chamber near the head contracts to send blood to the limbs, forcing them to extend. When the pressure is relieved, the legs contract.

Also Read  Arthur C. Clarke, author of '2001', claims that the future cannot be predicted in 1964. And then he predicts the internet

The corpses that Preston’s lab put to work were wolf spiders, and tests showed that they were able to lift more than 130% of their own body weightand sometimes much more.

They had the tweezers manipulate a circuit board, move objects, and even pick up another spider. The researchers observed that smaller spiders can carry heavier loads compared to their size.

On the contrary, the larger the spider, the less load it can support compared to its own body weight. According to Preston, in the future this concept will have to be tested with spiders smaller than the wolf spider. We did not see this future coming.