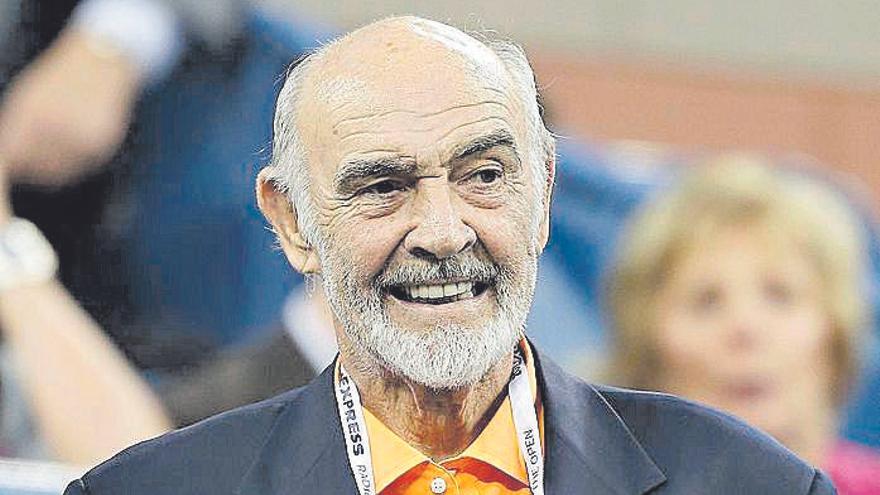 ─In the opinion of many, and also mine, yes.

─The one who made “The man who could reign”, “The name of the rose”, the father of Indiana Jones?

─Marko Ramius, the commander of the submarine Red October?

─Certainly, in a great performance. I see that we agree that he is a great actor.

─What would you think of me if I said: “Women can drive you crazy. They seek conflict. They ask for a good smack, which is justifiable when words run out. If a woman is hysterical, you have to slap her” .

─Something else. An unbearable and reprehensible macho.

─Well, that’s exactly what this Connery said in 1993.

─Well. Let’s see. His statements are rejectable, without question. But that does not disable him as an actor. It would be good if we all understood that in an individual the personal facet with the professional, or the family one, even the social one can coexist. And that each one can have different edges. And because one of them is sharper than desirable, that does not rule out all the rest.

─I do not agree. Cancellation culture.

─That this is all or nothing. If a guy is an abuser or a murderer, he can already draw the Sistine Chapel upside down: it is not acceptable.

─Are you telling me that because of those statements – for which you also apologized later – Sean Connery actor should be thrown into the container of oblivion?

─It is about finally freeing ourselves from a series of subjects that may have some lights, but whose shadows are so dark that they blacken the whole, being the result something disposable.

─Well … this is the dictatorship of the politically correct, the famous mee too which is holding so many valuable people, modernity, in short, only focused with a myopia as strict as its own moral standards. So, I wonder… Did we throw all the works of Picasso, who was not an exemplary husband, precisely in the dustbin of History? Did we stop enjoying the films of Woody Allen, who is said to be a bit of a pervert? Did we forget the voice of Placido Domingo, because, apparently, it was something more gallant than convenient?

─Well, those people you mention, Don Florentino, do not deserve public admiration because they are people who – presumably in some cases and certainly in others – have martyred their fellow men, made their lives hell and, therefore, they deserve social reproach.

─Reproach your actions, not your deeds.

─Look, my friend: this discussion has no signs of reaching reasonable agreements. But I just want to tell you that the history of Humanity is full of perfectible geniuses, whose works – and not their intimacies – have led us to improve as a species. And I will not be the one to defend those achievements, because they defend themselves. But I will be the one to tell you that mixing public genius with private pettiness only hurts the one who does it, because that will not hurt the artist at all, but it will prevent you from enjoying a vast list of geniuses who, believe me, they are worth it… yes, in their artistic or public aspect. Because, as Billy Wilder already said … “Nobody is perfect.” And now, if you will allow me, I am going to see “The man who could reign.” Alone.