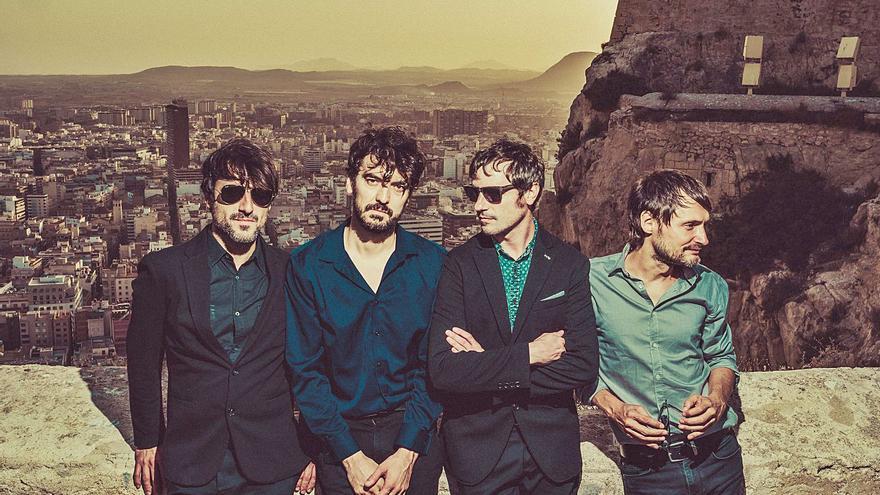 We are very happy with the response from Alicante, with everything sold out for days. Alicante is dry of concerts, but all the places are the same, so it is a gift to be able to be playing on Saturday in the port in front of the people of Alicante who we already know who love us. Love is mutual and we are going to try to have a good time because it is important right now.

When was your last performance?

It was precisely in the province of Alicante, in Monóvar, in December. Alicante is an area that many of us go to, we are neighbors, they welcome us very well and that affection shows.

In what format will it be tomorrow?

In electroacoustic, it is a medium format. It is not basic acoustic guitar and voice, there is drums, it is a hybrid between the electric with the six and the acoustic, the four of us are on stage.

Actually, that’s one thing we ask ourselves every day when we wake up. Second is a band that always intends to do new things and innovate every day within our style and way of communicating that we have, but not because an event comes, we consider whether we have been 25 years old. Changing and evolving is something natural in the group. Right now, for example, we are trying to tell stories in a different way than we did twenty years ago, it is a process that we carry implicitly.

Your latest album is from 2018, have you taken advantage of the pandemic year for new materials, is there a big album in the offing?

We have been putting out songs and of course composing because a year stopped without concerts gives time to compose, or at least putting the ideas in order. We don’t have the next album release in mind yet, we just put out songs. Yes, three years ago, but the last one doesn’t count. We will be releasing songs as we feel that we need to communicate and say new things.

In Second there is a before and after 2009, when you decide to sing in Spanish, with Fractions of a second. Now, with the time that has passed, how do you see that first period?

I see it as a beginning, and in the beginning you may try to blend in with what you have heard, with its influences, and in us it all came from there, from the British Isles, Bowie, the Smiths, Joy Division, The Cure … We made our first records in English simply because of that, it was what we listened to and we thought it was the best way. But then there comes a time when, as I said before, we want to do more, in addition to making this type of music we want to say things with lyrics in our mother tongue to get one more point. I think it has been achieved, our songs now also have that personality with this type of music of British origin. Well, I remember those years as the beginnings, we even toured in England, we won an international award there, they were very crazy and very edifying years and it is part of us.

Alicante and Murcia are like neighbors, but in Murcia there is a buoyant music scene, with national and international projection, unlike Alicante now, why not in Alicante and in Murcia yes?

I don’t know, I just did a collaboration with Mailers, on Sunday we will make the video clip, and the truth is that I asked them the other day and they told me that they were quite envious. I don’t know, maybe in Murcia we have all caught a little bit of everyone, you see how your neighbor does things and you cheer up and the best in Alicante has not happened yet, but there are Mailers, for example, too is Gymnastic …

How do you see the future of pop in a panorama with absolute dominance of Latin or commercial rhythms and with the pandemic in the middle?

Nor is it something that I consider much, but I do see that the tastes of younger people are changing, but it is not in my head. I keep making songs. We’ll see what happens. We always try to do our best on stage and in the studio. The public is sovereign and is the one who has to decide. We have a very loyal audience that we have earned hard without marketing campaigns and that no one is going to take from us. We have connected concert to concert with our audience and that is very pure, it is not because of a pose on social networks.