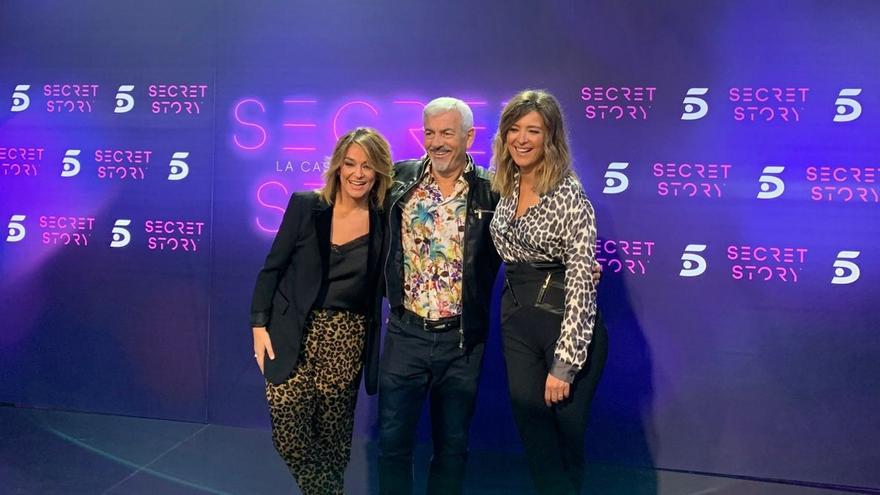 The anonymous are once again the protagonists of a reality of Telecinco. The chain presented this morning to the media the new edition of ‘Secret Story’, the second after the version with celebrities that the chain aired from September to December without awakening too many passions in the audience. Now the intention is to recover the essence of the original ‘GH’ and the public who asked for a reality show with unknown faces.

“In the last studies we have done, it was a recurring issue that the public asked anonymous people in the format”, Manuel Villanueva, Mediaset’s content director, has expressed. “To help the brand, we opted to do it with familiar faces,” he explains about the decision to have VIPS in the first season.

Beyond including people from the street, another of the intentions is give more weight to secrets, which were in the background in the previous edition. “The game of secrets changes the rules”, has advanced Jaime Guerra, director of Zeppelin. Guerra has detailed that the prize will be 150,000 euros for the contestant who decides the audience and 50,000 euros for the secret, although they have not revealed the mechanics that the game will follow.

Toñi Moreno will present on Sundays and Sandra Barneda on Tuesdays

The reality is also renewed in terms of presenters. Carlos Sobera assumes the main gala on Thursdays replacing Jorge Javier Vazquez, while they are incorporated Sandra Barneda and Toñi Moreno. At the press conference, which ‘Yotele’ was able to attend, the chain has revealed that Toñi Moreno will present the gala on Sundays, while Barneda will be in charge of the one on Tuesdays. Regarding the absence of Vázquez, the main host of the chain’s reality shows in recent years, they explain that he “has always said that he handles better with celebrities”. “It has to turn back in ‘Save me‘“, They have said.

“For me it is also a first time (…). I have to confess that I am very nervous as well as excited because this is an opportunity and a challenge,” said Toñi Moreno, who debuts in the world of reality television after his brief stint at ‘MYHYV’. “What I really want to turn on the TV, laugh, disconnect … And that’s what the viewer wants, “added the Andalusian.

For his part, Sobera has also been enthusiastic about the idea of ​​having new faces: “I love shows with ordinary people.” “When you’ve been on TV for so long, you discover that they are the only people capable of surprising and moving you,” says the presenter. “The profiles are very diverse and different. We are all going to find a profile with which we are going to identify,” the driver has advanced. “I really want to work with new faces because I think that each person has a best seller in their lives,” said Sandra Barneda.

“Big Brother has to wait”

‘Secret Story’ returned to the spirit of ‘Big Brother’ after two years of absence from reality on the network. That is why, at the moment, there are no plans to recover the brand in the short term, despite its initial announcement: “‘Big Brother’ has to wait. We are now consolidating a brand. We don’t want to create a cacophony “Villanueva has commented.