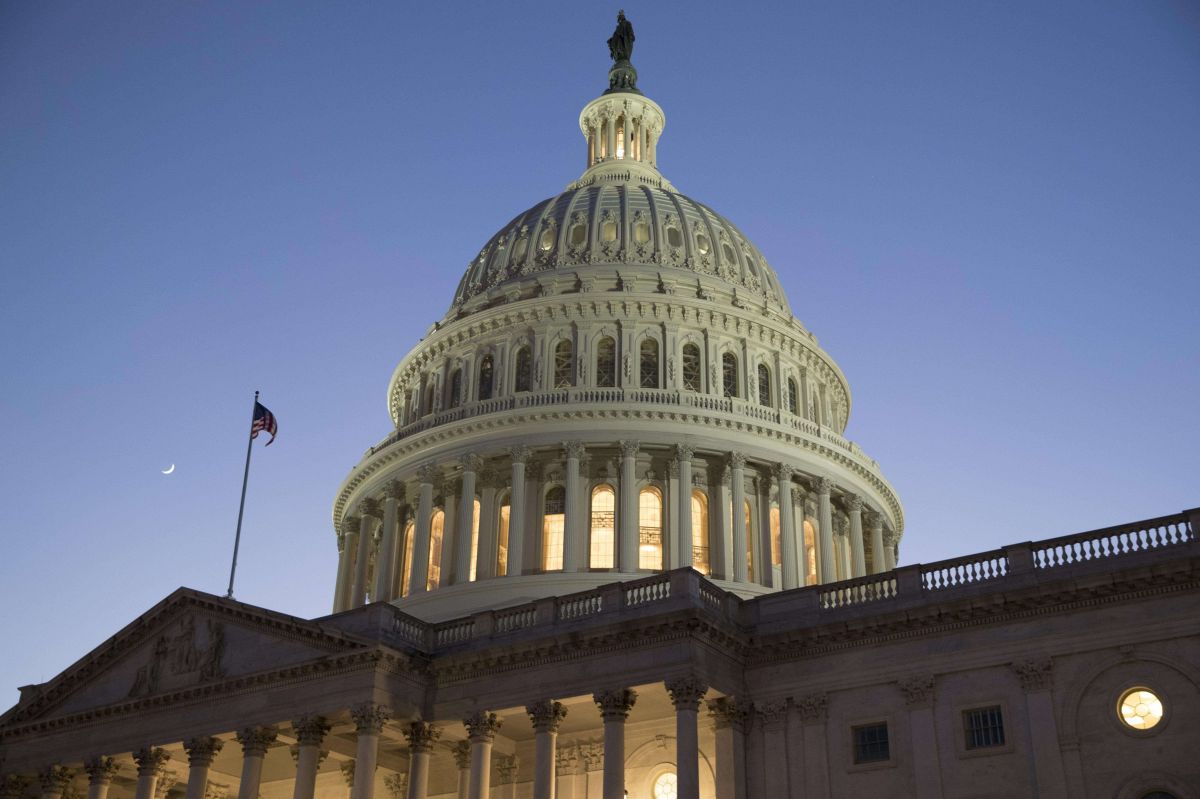 Archive image of the Capitol in Washington DC

WASHINGTON – The Senate, dominated by Republicans, approved this Friday a proposal with funds to avoid the closure of the federal administration for a week, which gives time to the negotiators of the White House and the Senate to negotiate a larger spending package.

Senators cast their vote by voice to approve a measure that extends by one week, until next Friday, the deadline for the federal Administration’s funding to expire, which expired this midnight.

After being approved on Wednesday by the lower house, controlled by the Democrats, and this Friday by the Senate, the proposal now goes to the White House, where the outgoing president, Donald Trump, has to sign it before midnight.

Once signed by Trump, Democratic and Republican negotiators will have one week to agree on a macroproposal, which must include 12 funding measures for fiscal year 2021, in addition to funds for the federal Administration until October 1, 2019. next year.

In this Friday’s session, the leftist senator Bernie Sanders and Republican Josh Hawley They warned their banks that they should not approve a similar extension of the deadline next week, if the spending law is not agreed, unless legislators separately vote on a proposal to give the green light to send direct deposits for more Americans. economically hit by the pandemic.

Despite the fact that Congress has been aware for months that the deadline for the expiration of funding from the federal Administration was approaching, legislators have tried to use this date to push the stalled negotiations on a stimulus package to slow the deterioration of the economy due to the pandemic.

The future of the spending law and the bailout are linked because the stimulus package is expected to be part of an agreement to fund the federal Administration.

Last Tuesday night, the White House joined the proposals for fiscal stimulus to address the crisis caused by the pandemic with a plan that includes fewer cash transfers to citizens, something that has been considered “unacceptable” by the Democrats.

The offer presented by the Secretary of the Treasury, Steven Mnuchin, is for a total of $ 916,000 million; and has a direct transfer to citizens of $ 600 dollars, below the 1,200 provided in the previous stimulus package; but withdraw the additional funds for the unemployed.

Meanwhile, Republicans and Democrats in Congress are currently debating a $ 908 billion plan, after months of deadlock in negotiations.

That number is halfway between the last of the Democrats of $ 2.4 trillion and that of the Republicans, of $ 650 billion.

The plan has the backing of president-elect, Joe Biden, who will take office on January 20 but has already warned that it will only be “a first step” and will require additional support given the magnitude of the crisis caused by the pandemic.

The USA is the country in the world hardest hit by COVID-19 with more than 15.6 million infections and more than 292,000 million deaths, according to Johns Hopkins University.