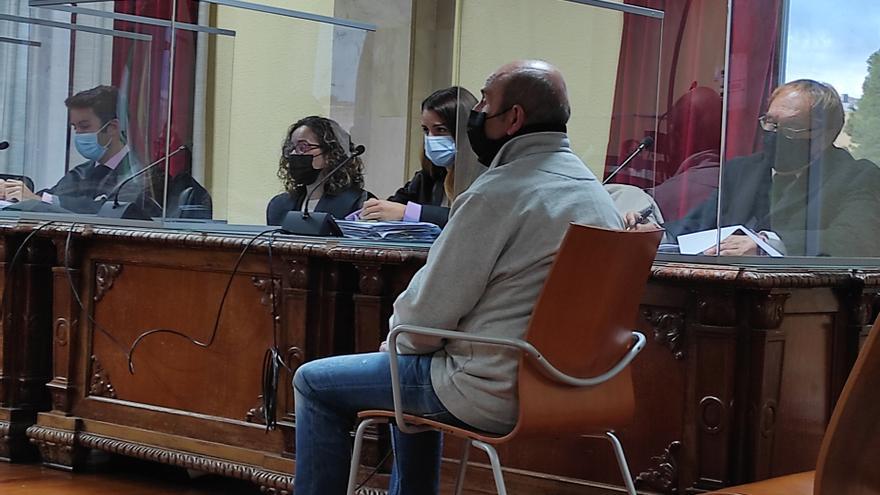 The Hearing of Jaén has condemned 26 years in prison to MEV, 55, to whom on November 26 the jury already unanimously declared guilty of the murder in Úbeda, in 2018, of his partner and mother of two of the accused’s children.

In all crimes the jury contemplated the aggravating kinship and gender, and this is reflected in the sentence that determines that “the accused committed the act against María Ángeles by the mere fact of being a woman and with the intention of making clear his feeling of superiority and domination over her.” In addition, as regards the crime of murder, it is considered proven treachery, though not cruelty. The sentence, as the jury previously did, acquits him of another crime of threats and one of coercion.

In terms of civil liability, the sentence condemns the accused to compensate in 100,000 euros to each of the four children of the deceased, which amounts to 400,000 euros.

As proven facts, it is pointed out that MEV killed María de los Ángeles in a “totally surprising and unexpected way. without giving any option of possible defenseHe did so by hitting her on the temple with a clothes iron, and then, face down on the ground, sitting on her and strangling her to death.

The popular court assumed the position of the Public Prosecutor and the private prosecution exercised by the family of María de los Ángeles when determining that what happened was a murder, while unanimously rejected the version of the defense that, at all times, maintained that the accused killed her in legitimate defense.

The daughter of María de los Ángeles stated at the trial that her mother, during the time she was a partner of the accused, suffered “beatings to death”, threats, insults and humiliations. At all times he referred to the accused as “a monster” who made both his mother and his brothers live “hell” because they were witnesses to everything that happened.

The daughter who testified in the trial is the same as when her mother died she filed a complaint against the accused for sexual assaults continued since she was eight and until he was 15 years old, a case that was already tried in the Jaén Court and that resulted in a 15-year prison sentence, which is being appealed before the Superior Court of Justice of Andalusia.

The Scientific Police expertly ruled out that six stab injuries presented by the accused were the result of a struggle with the victim and concluded that these were self inflicted by the accused himself when reinforcing his alibi for having killed María de los Ángeles in self-defense.

That is why the sentence indicates that the defendant, after murdering María de los Ángeles, “took a knife from his own kitchen, causing six injuries to the left side of his abdomen, as well as three cuts on the shirt he was wearing, depositing the knife next to the lifeless body of María de los Ángeles “. “The accused never acted in defense of his physical integrity since it was he who attacked María de los Ángeles in a surprise way causing his death, nullifying any possibility of defending it, “says the sentence, which is not final and can be appealed before the TSJA.