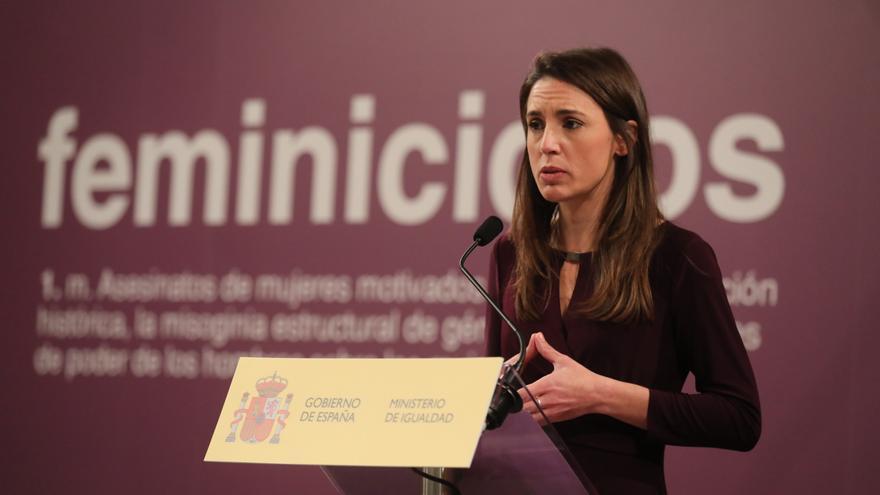 There are things that lack justification and that someone must sometime put in order. The excesses are paid and the reactions are a consequence of them.

The BOE of December 13 published a resolution of the Ministry of Equality regarding the accreditation of the condition of victim of gender violence, accreditation that opens the door to enjoy all the rights provided by law, of any nature. The norm affects a kind of socialization of guilt and responsibility that ignores the essential personal condition of those affected by an act and of the perpetrators of the same. You are a victim or perpetrator because of your sexual condition and, it seems, since December 13, that only for that reason, without even requiring that the reality of the fact and the material nature of the victim be procedurally declared. This condition is presumed and is even imposed on the same procedural reality, the only one that must prevail in a State of law when it comes to determining the existence of a crime.

The Spanish legislator decided at the time that any act of gender violence should be considered a crime, regardless of its seriousness, a decision that is not the majority in the world. By this logic, it should be understood that in order to be a victim of a crime of this nature, there must be a conviction that declares it. Because there cannot be a victim of a crime without a crime and without a specific perpetrator and the condition of a victim cannot be recognized who is denied that character by a judicial resolution that affirms that there is no crime or an author thereof. Because it is evident that affirming that there is a victim when judicially it has been said that there is no perpetrator translates into considering the latter perpetrator of that crime even against the sentence, which implies an impairment of his right to the presumption of innocence in his facet of right to honor. And, in any case, a contradiction with the option to understand that violence must always be classified as a crime. Because, there is the problem of the Spanish excess: that they want everything to be a crime, but then they look for solutions that oppose that extreme option and that violate the fundamental rights of those affected, the men not even reported.

International Agreements on the matter are not applicable in any case without paying attention to the reality of each country, much less going further, as is the case in this somewhat maddened country. The need to protect women who are victims of gender violence is affirmed, even if they do not report the facts. That is to say, it is imposed to protect the woman by the fact of being one even if she is of legal age. Dispense protection even higher than that afforded to the disabled today. Substitute your will for the special guardianship institutions.

It is not fully understood, before capable people and just because they are women, that whoever does not report the facts, can request support measures that, indirectly, imply affirming the existence of a crime and an author. Because not to report but to ask for what violence requires as a basis, is contradictory, unless you are aware that such violence does not exist or it cannot be proven, which is the same in a rule of law. Selective passivity cannot serve to explain the avoidance of a process in which some facts and a person are prosecuted and that the author cannot defend himself from the legal or moral imputation. Being a man is not a presumption of a criminal, nor is being a woman a victim. Neither does belief or race serve that purpose.

But Spain, as I have said, has gone one step further, in line with a Ministry and its head that travels spaces that should not be tolerated and that, sooner or later, will turn and will turn into measures that are clearly restrictive even of the logical.

For the purposes of enjoying rights and possibilities as such, those who prove, among other cases: that the criminal proceeding has been initiated, it has been filed or dismissed, that is, that there was no crime, will be legally considered a victim of gender violence, nor condemnation; that even an acquittal or other resolution has been issued? similar based on the lack of proof of the facts, the crime and the criminal authorship. Or, what is the same, the truth will not be procedural, as is typical of a rule of law, but of a norm based on the “sister, I do believe you” by reason of the sex of the complainant. And the condition of victim of the crime will be affirmed even if the same, judicially, has been denied in its own existence. And, for logical coherence, if it is affirmed that there was a crime and a victim, there will be an author, who will be the man despite being acquitted or the accusation having not been proven.

Behind these norms hides the claim, already undisguised, to impose from the Executive to the Judicial what is his competence. A fierce fight on the part of the government against the independent judiciary that they don’t quite like.

Barbarities of this type cannot be maintained in the rule of law. They are incompatible with its nature and principles, no matter how much one wants to emphasize its justice. No jurist who wants to uphold the basic principles of the system can defend them and it is everyone’s obligation to react: tomorrow it may be others who demand convictions without conviction for various conditions.

All the dictatorships of the world were justified in justice and in purposes adorned with beauty. But they were all dictatorships and measures of a nature contrary to the bases of the democratic system cannot be protected. Silence can be complicity. And considering the fact of exposing the foundations of the constitutional system to be courageous should be of concern. Something is happening to us.