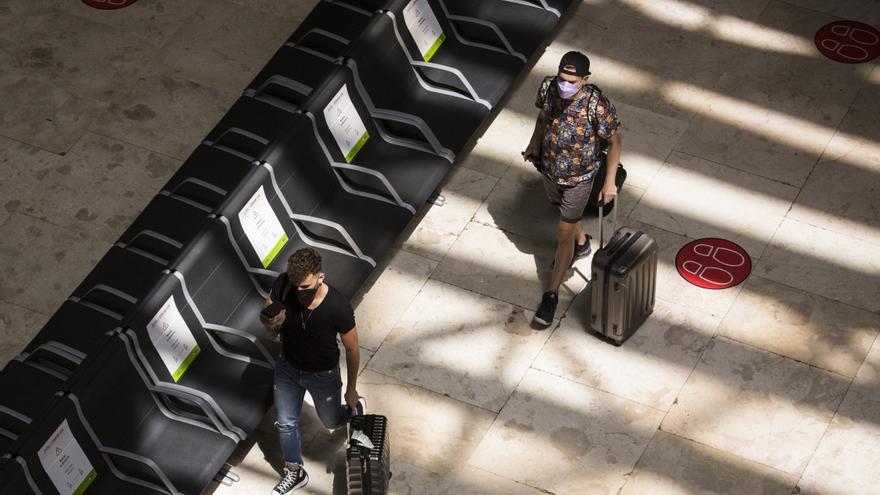 As everyone knows, the twelve chimes and the grapes of Puerta del Sol are a mere formality. The year actually starts in September, with the return to the classroom, the spending on textbooks, the El Corte Inglés ads, the newsstand collectibles -which still persist-, the new political course, the signings of the League, the sixth wave, the new book by Pérez Reverte, a cold drop and the death of a famous person. In August, with the quarters before the chimes of the 31st of the current month, Charlie Watts and the Torpedo Müller.

I didn’t expect Charlie’s thing so soon, or at least I didn’t think I’d be the first Stone to say it.. If my mother lived and knew Keith Richards she would say “he’s going to bury us all”, but Charlie has gone before and has accomplished what another drummer will probably never achieve: make the covers. Along with the rest of the band, Watts has been with me throughout my life, but with Gerd Müller I lost my innocence. Understand me. That summer of ’74, the first of which I am aware of football, I attended my first World Cup on television in an old black and white Telefunken that looked foggy (so we said), and my brain associates that summer sun of childhood (despite of the mist) to the names of the Torpedo, Breitner, Netzer, Cruyff, Neeskens and the Van de Kerkhof brothers from that championship that Germany won against what began to be called a clockwork orange.

This already looks like the end of August and the beginning of September. The shorter days, the cool of the morning, the long pants and so many memories; the orange sunset sun and long shadows from seven o’clock; the return to work for those who have enjoyed vacations and collect before to immerse ourselves between the pages of a book that sleeps on the porch and smells musty. Even the ambient smell is different in the crossing of months.

I am eager to know which words of those used until this summer will disappear or they will stay in the vocabulary for a while. In the summer of 2020, the pandemic year, we are fed up with reading, listening and writing de-escalation, resilience and a new normal. In September of last year all three were practically discontinued. They lasted in popular speech less than burofax or CD-Rom (or cederrón, as the Academy introduced it in its dictionary when everyone already kept files in pen drive). Occasionally, still someone says resilience, which has lived in the Spanish language for a long time, although we have only used it in times of pandemic and most do not know what it means or use it haphazardly. That waiter has a resilience that you shit… and a good ass. From September we will meet again resilience in some text from Afghanistan.

This summer, José Luis Martínez-Almeida, Mayor of Madrid, has made the word espadrille fashionable again, which until he criticized Pedro Sánchez ran the risk of becoming a vulgar sneaker. The PP spokesman has returned to this traditional footwear its reason for being and to the espadrille guild the honor that the disdain of the Madrid mayor seemed to want to take away from him.

Each month has its one. January is that of the slope; February, that of lovers; March, that of the Fallas (although this year they are celebrated in August); April, that of the rain; May, that of spring; June, the end of the course; July, that of the first exit operation; August, the one of the vacations; September, the one of the returns; October, the time change; November, that of the dead and the increasingly early Christmas season; and December, the one of the debauchery of parties, celebrations, business lunches and the traditional Christmas Eve conversation with his brother-in-law, who, although he dines for free, blurts out that as his mother’s baked sea bream there is none. Enduring that is also resilience.

In August there is always something that ends so that the following month something else begins. Antonio López finished painting his picture in Puerta de Sol (Puerta de Sol always present when the year changes). In one of my last high school courses, from a bus, I saw him in Cibeles painting Gran Vía at 7 in the morning without anyone bothering him, perhaps thinking that he was a traveling artist without a gorilla in which to throw a few pesetas at him. . Or perhaps the artist did not enjoy the fame that he has well deserved today (it was the year 81 or 82).

Turns out that the only people from Madrid who did not know the venerable painter of Puerta del Sol were municipal police. They asked him for a license and papers and they did not shackle him by chance. “My boss sends me and I have to come and ask for his authorization. It could be Van Gogh or whoever,” snapped one of the agents before an indignant crowd. Curiously, his boss is the same as the one with the espadrilles. It could be Van Gogh or whoever, a phrase in which reflects that miserable, uneducated, cool and rude Spain that we see the same in August as in the season of sales.

September, you know, is that month of which much is expected and hardly anything happens, of expectations and disappointments, of hope in change and in which nothing changes, that treacherous and mocking month that makes us long for August and the that life returns to its loop. The eternal return.