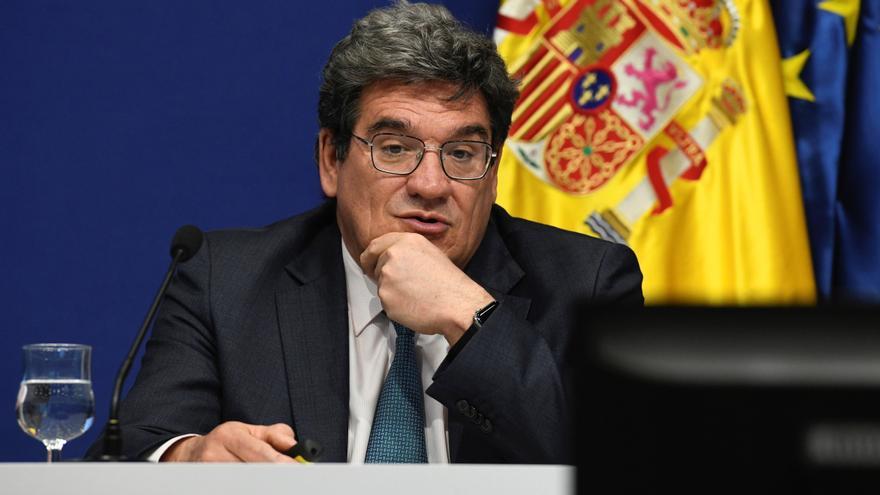 The Government and social agents hope to close an agreement on Monday for the first block of the pension system reform, which will mean that they will revalue with inflation and will include various measures to bring the real retirement age closer to the legal one.

These are the seven keys to a reform that, after months of negotiations, will take place in the “Draft Law on the guarantee of purchasing power of pensions and other measures to reinforce financial and social sustainability “.

1. Rise with the CPI

The draft of the preliminary bill establishes that pensions will be raised in January with an average of the interannual variation rates of the consumer price index (IPC) of the twelve months prior to December of the previous year.

If this mean is negative, the amount of the pensions it will freeze at the beginning of the year.

Is expressly repealed the sustainability factor of the 2013 PP reform, which penalized pensions for a longer life expectancy and whose entry into force was suspended until 2023.

To replace this factor, Government and social agents are given until November 15 to negotiate a new intergenerational equity mechanism that will operate as of 2027. If an agreement is not reached, the Government will regulate the aforementioned mechanism at its discretion so that it is defined in the new law.

The reducing coefficients are changed which, in addition, become monthly compared to the current quarterly calculation.

These percentages, which remain on the amount of pension for those who decide to retire up to two years before reaching the legal age, range from a maximum of 21% in the case of wanting to withdraw from the market two years before having less than 38 years and 6 months of contributions to a minimum of 2.81% for those who choose to retire one month before and have been listed for more than 44 and a half years.

Regarding forced or involuntary early retirement, which can also be accessed when the employment contract has expired For objective reasons or on a voluntary basis, the reducing coefficients will also be applied per month in advance and not per quarter.

These workers may opt for the coefficients applied to voluntary early retirement in the two years prior to legal age if they are more favorable than those in force up to now.

The Government also proposes a transitional regime of 10 years, with different coefficients, for workers who contribute above the maximum pension to “reinforce the equity” of the system.

That is, the changes would not apply to those affected by files such as those of the BBVA or CaixaBank although the dismissal is not effective this year.

To encourage delayed retirement, barely used in Spain, and extend career paths, the Government will set incentives for their extension: a 4% pension increase for each year of delay, a single check of up to 12,000 euros or a mixture of both.

There are also changes to access active retirement, which allows balance salary and pension, establishing that the worker must have continued in active employment for one more year once the legal age has been reached.

The Government undertakes, within a maximum period of twelve months, to review, within the framework of social dialogue, this modality.

The reform will finally allow collective agreements to include forced retirement, but only for people over 68 years of age and with the obligation to contract indefinitely and full time to a relief worker.

The conventions that already have a clause of this type may continue to apply them “up to three years after the end of the initial term agreed.”