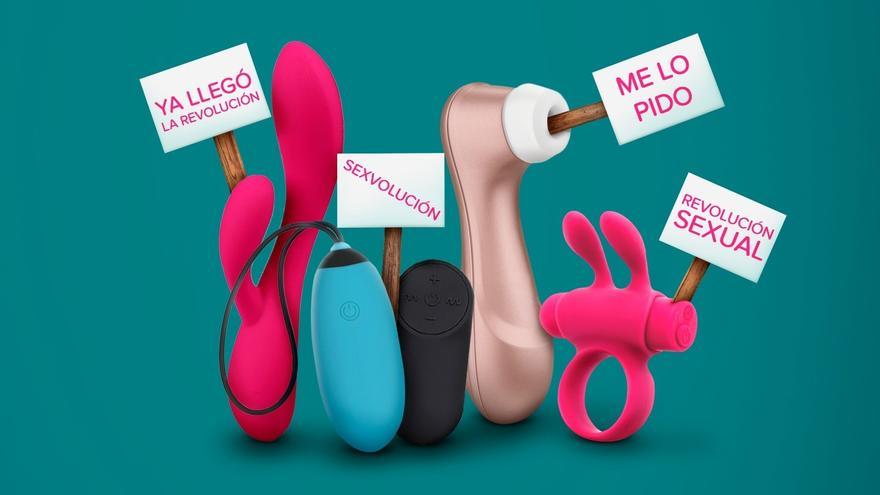 This company is dedicated to Internet sale Y already employs more than 20 people at your facilities. It has also launched a online academy with sex education content and has made an important leap to own manufacture, placing it as a national benchmark in its sector, as explained by the company in a statement.

Changes in habits In terms of lifestyle and leisure brought by the pandemic, they seem to have favored the company based in Sant Joan d’Alacant, which has tripled its sales during the harshest periods of confinement and restrictions on mobility. , placing its turnover around seven million euros per year.

The firm, founded by Fernando Martínez and Puria Shahdoost-Rad as a start-up selling sex products online, has given a important leap not only quantitative but also qualitative, positioning itself as a national reference in its sector. It currently employs more than 20 people directly in Sant Joan d’Alacant –some more indirectly taking into account indirect workers and collaborators–, in facilities that have also been expanded to reach the current 400 square meters.

Employees of the Diversual company, based in Sant Joan

This success is not only explained by the pandemic, but also “by a determined commitment to a change in the business model under which they started their activity. Currently, Diversual.com already designs and manufactures articles under its own brand, with about fifty own references and this being the best seller. To do this, they use warehouses attached to their offices from which the entry and exit of goods is managed. At the same time, they have signed production agreements with companies in the province of Alicante, such as the supplier of ‘packaging’, located in the town of Onil “, they have stated from the company.

Also Read  Euskadi, 10 years after the end of ETA: between normality and the risk of oblivion | Spain

“Everything that has happened in the last year due to the coronavirus has certainly helped us. For example, in April of last year, in full confinement of the first wave, we came to sell at levels only previously registered on key dates such as Christmas or Valentine’s”, Explains Fernando Martínez, Marketing Director. But the success is not only explained by this. Let’s say that we were prepared thanks to the decisions we had made before, betting on our own research and design, in addition to expanding our range of services to users ”, says Puria Shahdoost-Rad, Head of Sales.

Academy of sex education and more than a million followers

A benchmark for young people and not so much, as shown by the diversification of the more than one million followers they have on different social networks: 515,000 on Tik-Tok, 380,000 on Instagram and 370,000 on YouTube.

To these must be added the hundreds of thousands of visits they receive on their website, where in addition to buyers of Spain and other countries of Europe they come from South America, as it is a Spanish-speaking market where they have achieved great relevance.

Also Read  'We are worried': Indians hopeful but anxious at the start of the vaccination campaign | Global development