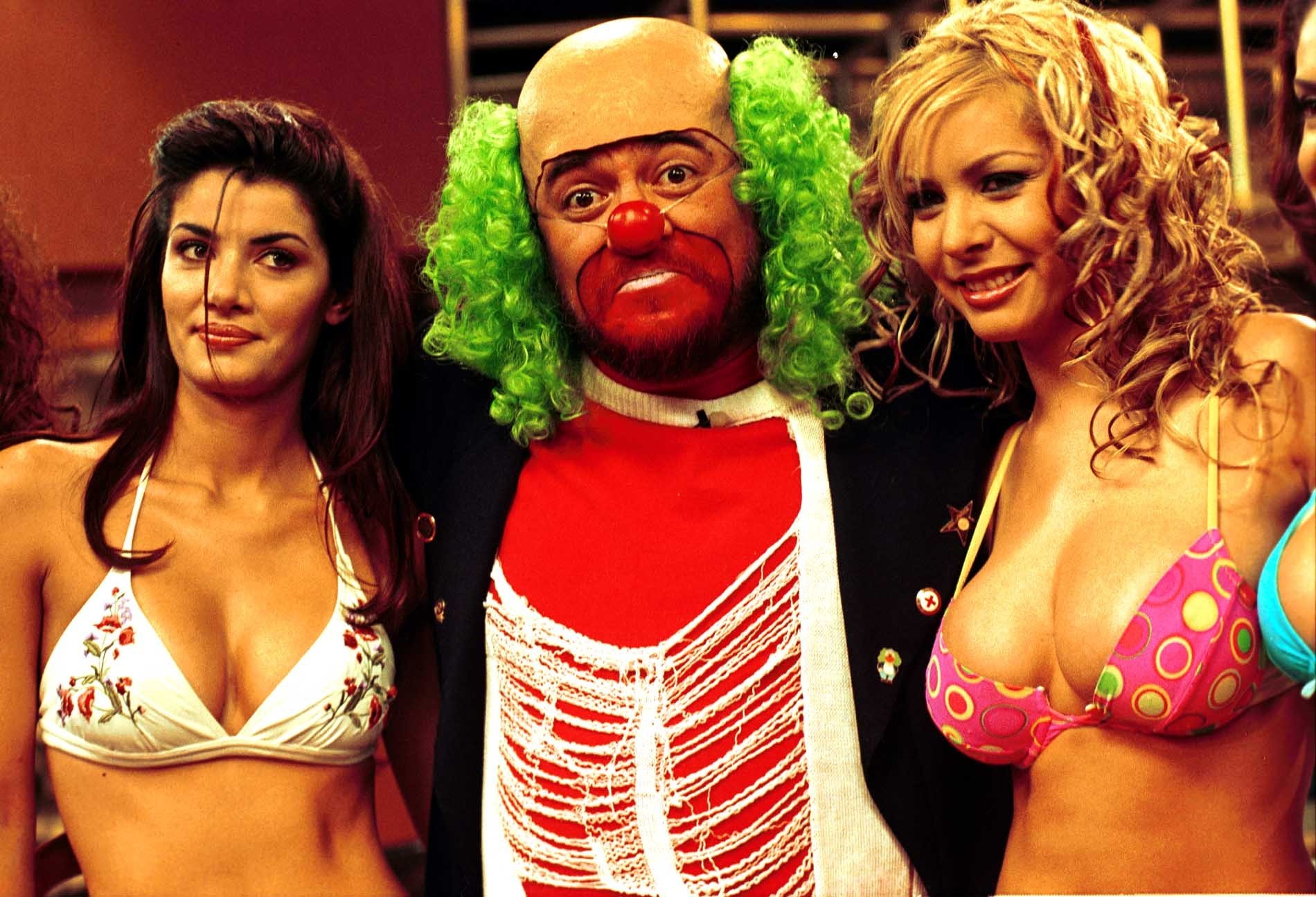 Few humorous characters age well over the years. What a few decades ago was novel, transgressive and funny, like a sketch of Benny Hill, today has a completely different reading. It is seen as denigrating and violent at a time when feminism is gaining strength and vindicating the way to treat women, also on television. Just that has happened to Brozo, the clown played by comedian Víctor Trujillo, who since the late eighties has lashed out at Mexican politics and amuses himself with his irreverent humor not suitable for minors.

Since its creation, Trujillo has defended that Brozo is a “misogynist, drunk and resentful” clown. What was once applauded as the show of a talkative and impudent character who fiercely criticized the politicians of both parties, today it is also seen as a program in which half-naked women with their faces covered and without voices were used for the entertainment of commentators and guests. While the councilor recreated by focusing their bodies, sexist comments flew in the gathering. The reata, waves nachas (buttocks) as women were known colloquially, they were part of the show de Brozo until 2016.

Morning person It has not been the only program that used hostesses with curvilinear bodies to increase the audience, it is still a resource of the big television stations in the country. “This normalization in the media discourse on discrimination against women threatens their dignity and perpetuates stereotyped treatment and violence against them,” says Aimée Vega Montiel, from the UNAM’s Center for Interdisciplinary Research.

The controversy returns in the name of the clown just when Trujillo has intensified his criticism against the López Obrador government after the scandal unleashed by the candidacy of Félix Salgado Macedonio. The politician who aspires to the governorship of Guerrero has two complaints for rape and another three accusations for sexual violence. Víctor Trujillo pointed his finger at Salgado Macedonio and the president’s supporters dug up the old sketches risque of the so-called dark clown. “Now that the ruling party and the president insult society by promoting a man accused of rape, a sudden campaign arises where one of my characters turns out to be worse than his candidate,” said the comedian on his program. This newspaper contacted Víctor Trujillo, who declined to speak in an interview.

Aimée Vega explains that feminism has been denouncing programs like Brozo’s – which normalize violence against women – for a long time and yet, the parties have only resorted to them to attack their adversary, without any interest in the fight against women. gender violence. “The use they are trying to make [los políticos] of this case to disqualify a critical voice of the current Administration, I find it equally misogynistic as Brozo’s behavior. The rights of women are once again subordinate and are seen as something instrumental from which to take advantage of, ”says the specialist.

Brozo took his first steps in the program The caravan in 1988. He chose his name for being the complete opposite of Bozo, the friendly clown on television. The stories narrated by Brozo were adaptations of the classic tales and works, which revolved around street characters and had a tragic ending. After 10 years, Brozo went from comedy to presenting the talk show humorously The diary of the night, on Tv Azteca, with Mayra Rojas. The clown’s humor won the affection of the public. Wherever he went, people followed him and his comments became more critical of governments and the present. In mid-2000, Trujillo consolidated its success and made the leap to Televisa with the news program Morning person, which came to equal in rating to the most watched newscast on television.

The successful formula of the clown who gave the news combined humor and information in equal parts. In September 2001, Brozo’s program broadcast live the attack on the Twin Towers in New York. In the last 30 years, Brozo has remained on the air becoming one of the most powerful figures on television. Now the character also lives on social networks, with more than six and a half million followers on Twitter and a new space on the digital platform latin, very critical of López Obrador’s policies.

Neither the PRI nor the PAN nor Morena have escaped the scathing comments and the witty acidity of the clown. Politicians, artists and intellectuals such as the current president Andrés Manuel López Obrador, have passed through its microphones. when I was a candidate in 2006. Brozó came to make live connections with the morning conference The morning of López Obrador when he was head of the Government of Mexico City since Morning person. The comedian defends that he has never been pressured by the editorial line of any medium and has taken advantage of his impudence to ask indiscreet questions and create uncomfortable moments without consequences, as in the interview he lived now Chancellor Marcelo Ebrard or the one he did to sportscaster Toño de Valdez where women were objectified live. “Víctor Trujillo has distanced himself from the personality of his best-known character and has denied being a misogynist, stalker or rapist, however, he cannot dissociate himself from his responsibility to create a character whose popularity was largely due to the prevalence of speeches. machistas, with whom he had a pact with a country like Mexico ”, they denounce from the feminist collective Luchadoras.mx

Trujillo removed his makeup and red nose a few days ago to talk about the criticism and claim that Brozo has always been an uncomfortable character for all governments. “I think the point is not the character setup but what the clown says. When he criticized Fox, those who today repudiate him applauded; when he disapproved of Calderón, those who today repudiate him applauded; against Peña Nieto, they also applauded. Today when that same clown criticizes and questions Andrés Manuel López Obrador, those same ones who applauded, lynch him, ”the communicator continues.

As if it were Dr. Jekyll and Mr. Hyde, Trujillo has apologized for his alter ego. “If any [mujer] she was offended by what I did or said through my characters, I am so sorry. You, as a public, have every right to finish me off. Meanwhile, we will continue for as long as you allow, bothering whoever is in power, whoever it is, “he said in the message. The program has made some changes to adapt to the new times. There are no longer half-naked women as entertainment, the production has changed them for a digital assistant (with a female voice) whom the clown calls Chacha. Even in times of viral feminism, Brozo will continue to be Brozo.