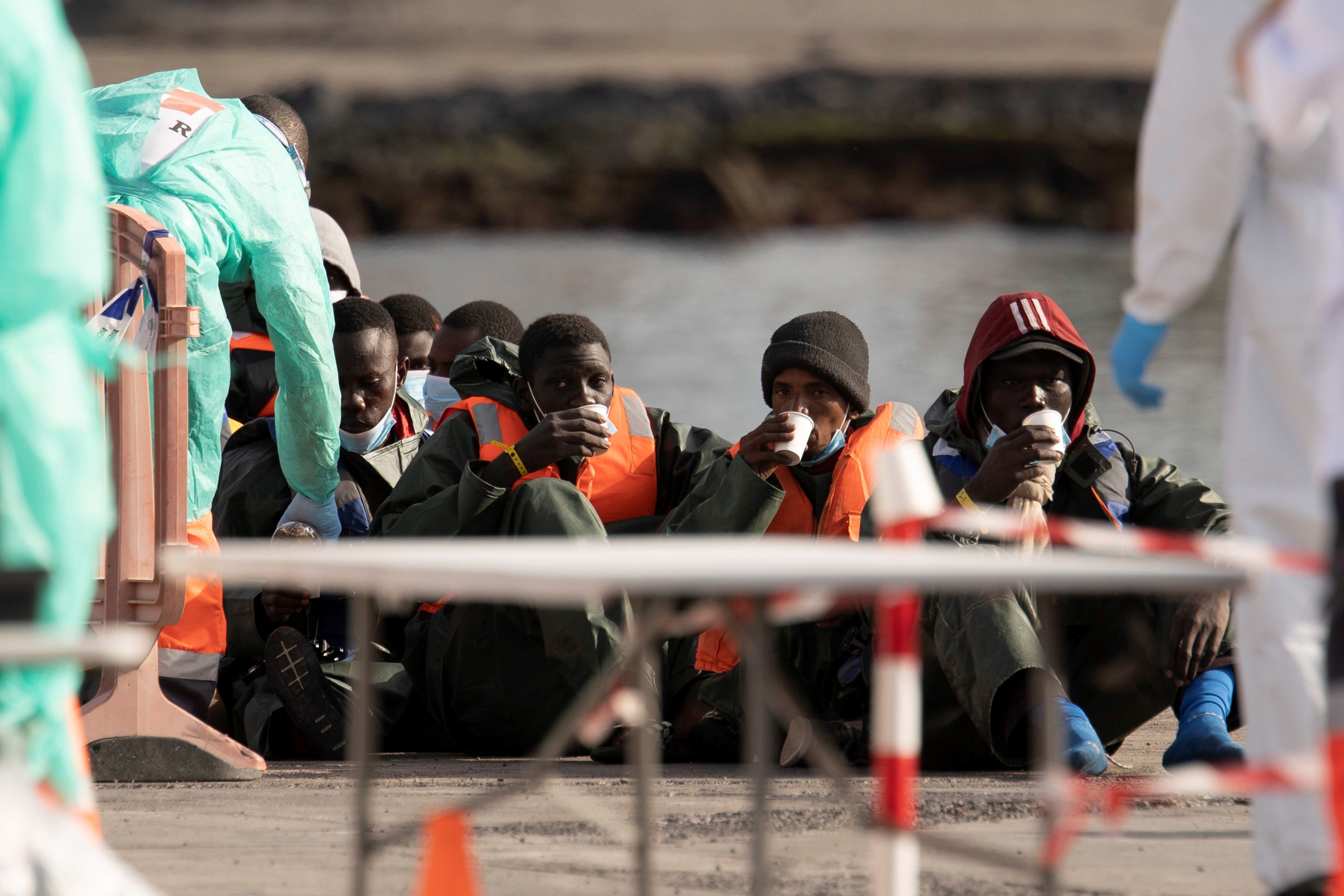 The Minister of Inclusion, Social Security and Migrations, José Luis Escrivá, announced on November 20 in Las Palmas de Gran Canaria the so-called Plan Canarias, which involved raising 7,000 provisional reception places until the end of the year in tents located in Gran Canaria , Tenerife and Fuerteventura to empty the port of Arguineguín and the hotel establishments. Back then, 17 hotels and apartment buildings housed 5,500 migrants, according to the ministry’s data.

A little over a month later, the fishing pier in the small town of the municipality of Mogán (which almost sheltered more than 2,500 people) has been emptied of tents, but the hotels and apartments on the islands have increased their occupation of migrants up to 7,786 people in 12 tourist properties, according to data from the Ministry. Thus, the frenetic activity of the public company Tragsa to prepare the camps had barely enough to house 571 people.

For example, an example: EL PAÍS has been the only way to enter a hotel establishment used to accommodate immigrants. At the end of September, the complex housed just under 500 Maghreb and sub-Saharan migrants, making it the largest reception center in the Canary Islands. Currently, this number has increased to 650 people.

“In the first stake after the pandemic, chaos has won,” explains Txema Santana, spokesman for the Spanish Commission for Refugee Aid (CEAR). “The migratory rebound began in September 2019, and the humanitarian network is getting up a year and two months later. This is the situation”.

San Bartolomé de Tirajana and Mogán, the two main tourist municipalities in Gran Canaria, warned the owners of the establishments that house foreigners in an irregular situation that they must evict them before December 31. Otherwise, “current legislation will be applied”, according to the mayor of Mogán, Onalia Bueno, of the independent formation Ciudadanos por el Cambio (Ciuca). Fines can reach 300,000 euros, according to current legislation.

Because the trickle of arrivals has not stopped during the last fortnight of the year. As of December 15, 21,452 immigrants had reached the islands by sea to the Canary Islands, representing an increase of 889%, according to data from the Ministry of the Interior. In just 15 days, another 1,886 arrived on the islands. These figures will place 2020 as the second year with the most arrivals, after the 31,000 of the so-called cayuco crisis in 2006.

A journey that is also lethal: the Red Cross maintains that the Canary Route kills between 5% and 8% of those who venture there, which translates into a range of 1,000 to 1,700 lives lost, according to Eph. A group of 45 sub-Saharan immigrants were rescued on the 24th after the boat in which they were traveling was wrecked in waters near El Aaiún. According to the state agency, two bodies have been found on the Al Marsa beach.

Arguineguín (“the biggest racist cry of this 2020”, in Santana’s words) is no longer used as a reception network and the once powerful Canarian tourism industry languishes with closures in the main source markets in Europe (total occupancy is below 10%), although some owners survive thanks to the resource provided by the Ministry of Inclusion, Social Security and Migration. This situation, however, is not to the liking of a large part of the local business community … nor of the Canarian residents.

The mood of the residents of the south of Gran Canaria has begun to heat up. In mid-December, some thirty of them held rallies that forced the Red Cross, which manages the reception of newcomers in boats, to recommend immigrants not to go out on the streets at least this weekend. The Government of the Canary Islands, responsible for the protection of minors, took the same measure.

“We understand that the government of Spain has arrived late, badly, and with a certainly distorted approach, due to the remoteness due to the absence of a comprehensive and early response to a phenomenon that involves administrative muscle, diplomatic capacity, pedagogy and prevention of xenophobia and humanity, ”says Santana.

A “cry of despair”

The calls for help from the Government of the Canary Islands have been a constant throughout the year. Both to face the arrivals of boats and the guardianship of unaccompanied minors, which are at all-time highs after adding 2,400. For this, the president of the Canary Islands, the socialist Ángel Víctor Torres, has repeatedly demanded the solidarity of the central government and the autonomous communities. The Executive of Pedro Sánchez approved in early December a grant of 10 million for the care of minors. According to the Canarian Minister of Social Rights, Noemí Santana, from Unidas Podemos, the costs of this care will total 18 million. “The need for help is urgent, this is a desperate cry for collaboration with the Canary Islands,” he told EL PAÍS. All the autonomous communities have offered help to welcome part of the minors, except Andalusia and Madrid, as revealed last Wednesday by President Ángel Víctor Torres.