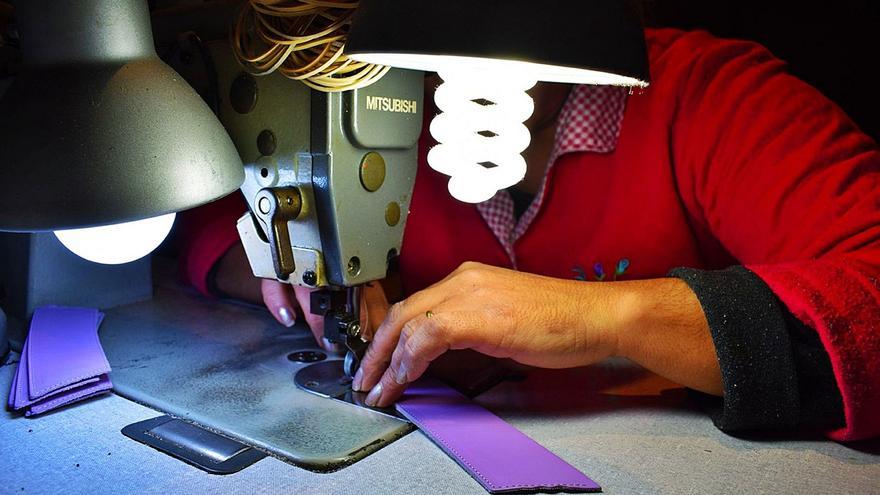 Who has made the shoes you are wearing? Those responsible for many of your footprints are the shoe dressers of Elche, a group of women of an average age of fifty who, for decades, have been in the shadow of footwear sector. The covid crisis has left them without work, without income, without social benefits and on the verge of a depression. “When are they going to recognize our work?” They wonder.

80% of the dressers of the Elche footwear they were before the stoppage due to the covid without a contract, in a clandestine situation. In addition, they worked in their own homes during working hours that saw day and night collide. Days that made them able to make ends meet, but without any quote. They are invisible workers for a sector that relies on them inhumanly. “It seems that we are not part of society,” they point out.

The structure of the shoe is balanced on a strict inequality between men and women, and the underground economy is the pillar that sustains it. Half a century later, the same division of labor is still maintained: women are precarious workers and the bosses are men.

The covid has left them an even more unfair situation than the previous one: not having work with which to obtain their monthly income. Faced with this situation, many of them they asked for the Minimum Living Income in order to survive this crisis. Help that none of them have received today, they say. Coupled with anguish and despair, Aparadoras point out that “we don’t know what will become of us if they don’t take action on the matter.” Those who have had the most luck are those who found another job, also precarious, to be able to survive.

Like many workers in this sector, since anonymity, YT had been working as a dresser for 25 years without interruption and without a labor contract. “I worked twelve hours a day and only rested to eat,” he says with resignation to the situation he lives now. «At the moment I do not have any income, the Minimum Living Income was not accepted. Like me, there are thousands of women in Elche. When are they going to give us back what they have taken from us?

Isabel Matute, president of the Elche Aparadoras Association, tells this medium about the distressed situation in which the majority of the members of the group find themselves. “Our work has been in vain, we do not have the right to aid, the covid is killing all of us,” he points out.

Thus, the spokeswoman points out the depression in which many of the workers are plunged, who have no way of improving their economic situation since, as she rightly says, “if we don’t work, we don’t get paid.” If someone wonders how it is possible that this labor situation occurs in a city where the footwear sector is so vital to its economy, Isabel Matute gives the key to the question of why the work of the dresser is not recognized. “Nobody, nothing but us, is interested in recognizing our work, so they earn much more money,” he says.

“Why are their mouths filled with feminism and they continue to consist that thousands of women are working without being registered, without the right to Social Security and without being able to have a work-life balance in the XXI century?”. This is the question that haunts the minds of all of them, who cannot understand when this slavery was normalized.

“In difficult moments is when you realize who is by your side,” says a shoe worker. Thus, these women have been joining forces since everything came to light in 2018, when the Aparadoras Association was formed and they began to claim their rights taken from the beginning of this profession. The president says that faced with these hard times generated by the pandemic, they are a family, “if something happens to one, it happens to all of them as well.”

“All of them have been working at home all their lives, thinking that this situation only happened to them and it is not like that,” says the president. Thus, when they emerged from the shadow economy bubble, they were aware that they were not the only ones.

Elche footwear dressers are having their worst working time, Until now they had not had such a big break, something that, they say, will mark a before and after in the industry. The emotions that accompany them at this time are so fragile that many of them are in depression, according to Matute. “Day by day my colleagues feel dejected, but we will fight,” she says.