Union and coordination. These are the two words that were heard the most during the conference held in Zafra, organized by the Friends of the Ways of the Vía de la Plata Association, which took place last Thursday in order to value this tourist resource at a time when which the pilgrimage is a leisure option on the rise, a hobby of hiking that Extremadura does not finish taking advantage of.

Among other issues to take into account, those involved pointed to the signage or the water points as specific aspects that must be improved if this historical itinerary wants to attract pilgrims, but also a greater commitment from politicians at the head of the institutions.

Representatives of this association, made up of almost a hundred private establishments dedicated to serving pilgrims (shelters, hostels, hotels and restaurants), and also of other estates and administrations from all points located in the route, as well as involved in the care of these paths and their pilgrims. In this conference that was held in Extremadura, they all analyzed the opportunities of these paths through their heritage, socio-cultural and economic values, as well as the impact of the Camino de Santiago.

The promotion of the paths of the Vía de la Plata was the axis of this day after detecting, as indicated by the president of the association, Filiberto Hernández Pablos, that it has not resurfaced as the rest of the ‘paths’ that run through Spain are doing , which grow every year in a very high percentage, leaving the Camino de la Plata at a disadvantage, despite running through immense territories of four autonomous communities (Andalusia, Extremadura, Castilla y León and Galicia) and being the oldest that crosses the peninsula from south to north, “a cultural and diverse treasure that we have to bring out,” said Hernández.

The fact that many of these roads pass through fields of the so-called ‘Empty Spain’, “is no excuse”, he said, for the association, since their value is not related to the wealth of the cities or the industry, on the contrary, Well, the fact that these paths have been respected makes them more valuable and ecological.

The slow awakening of this route is also attributed to the lack of infrastructure, establishments and services, although they defend the members of the association who work hard and give support, sometimes without profitability, for offering everything necessary to those who transit them: “the that we are here we have maintained the type for years, because we believe in what we have in our hands, despite the economic losses that it may cause and the lack of resources, thanks to our effort the Camino can continue to be done and enjoyed, but there are to maintain and enhance it.

During the conference, it was highlighted that because it passes through ‘Empty Spain’, the itinerary is more valuable and ecological

What they fundamentally detect is the lack of coordination between the different institutions, more so since it involves four communities. And in this sense they direct their main request: the unification in the management of the roads of the Vía de la Plata. “It is very difficult to find the right body or institution when you have a problem on these roads, such as signage or water points, a very pressing problem, especially in some stages that are longer.” For this reason, they urge the administrations, which are already echoing all these demands, to create a single body that coordinates the institutions of the different communities. They see the participation of all the parties involved as necessary; the adequacy of roads and services; the support of the authorities and profitable and simple investments for necessary and urgent needs.

In addition to the general director of Tourism of the Junta de Extremadura, Francisco Martín Simón, the director of Patrimony of the Junta de Andalucía (telematically) intervened at the opening of the conference, reaffirming Andalusia’s firm commitment to the Vía de la Plata ; and the first deputy mayor of the Zafra City Council, Nieves Peña, who valued Zafra as a crossroads and highlighted the importance of the associative world.

The day also served as the presentation of the Friends of the Ways of the Vía de la Plata Association, now officially constituted, and which was holding its first General Assembly in Zafra at the Albergue Convento de San Francisco, which welcomed all the participants in this day arrived from different parts of Spain.

The Board asks to be in the next Xacobeo Council 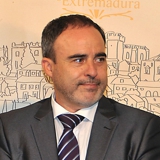 The general director of Tourism of the Junta de Extremadura, Francisco Martín Simón, said he had taken note of the speech and the requests made by the association, and defended the different actions already launched, “thanks to the union and effort of all the communities in different territories and forums”, to enhance it and get all its performance.

But the general director also sees a need for a union between all the existing associations in a shared space, such as a confederation, each maintaining its identity, so that the dialogue between both levels, associations and administration, is more direct, fluid and sustainable. .

Finally, Martín Simón also claimed that Extremadura and Andalusia must be in the next Xacobeo 2022 Council.