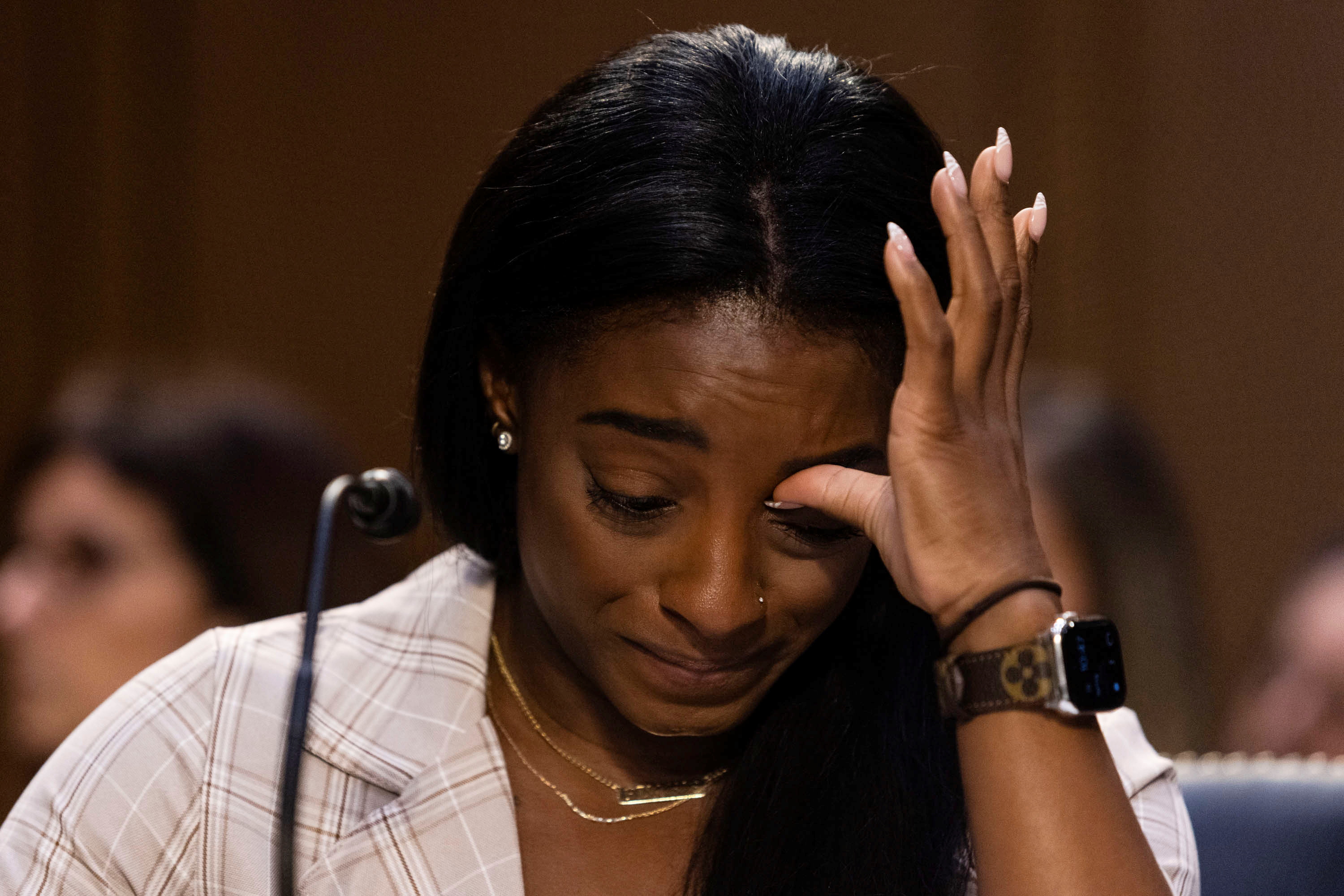 “I have won 25 World Cup medals, seven at the Olympics, and I am a survivor of sexual abuse.” This is how gymnast Simone Biles appeared on Wednesday before a US Senate committee investigating the alleged mismanagement of the FBI in the biggest sports scandal of the century: the case of sexual predator Larry Nassar. Biles, 24, and three other elite athletes, also survivors of abuses by the former doctor of the US women’s gymnastics team, have demanded that the agents involved in the investigation be prosecuted for not having acted before against Nassar while he is, now condemned, he committed the abuses. “They must be held accountable,” they claimed, “disgusted” at having to continue fighting for the authorities to answer a basic question six years after the first complaints: “Why was nothing done?”

In the devastating testimonies of Biles and also Olympic medalists McKayla Maroney, Aly Raisman and Maggie Nichols, the complaint appeared over and over again that the FBI agents they dealt with had minimized and neglected their complaints in 2015. “The The agent who interviewed me wanted to convince me that it was not worth opening a criminal case against Nassar, ”said Raisman, who insisted on speaking with the investigators of the case for 14 months. Maroney, who related to FBI employees how Nassar had put his fingers in his genitals for hours when he was 13 years old, was answered, “Is that all?”

Nassar abused about 70 girls and young women since the FBI learned the first accusations against the sexual predator in 2015, until his arrest at the end of 2016. The inaction of the authorities, explained this Wednesday morning Raisman, was like “serving innocent girls to a pedophile on a silver platter ”. The former doctor abused more than 300 athletes from the Gymnastics Federation and Michigan State University over two decades. In January 2018, he received a sentence of 40 to 175 years in prison, in addition to the other 60 that he was already serving in prison for crimes of child pornography.

Asked about what went wrong during the investigation, FBI director Christopher Wray, who also testified before the justice committee on Wednesday, snapped: “I don’t have a good explanation.” The Justice Department released a report in July detailing the “many fundamental mistakes” the FBI made in the probe into Nassar’s abuses. The document confirms that several agents committed negligence, violated protocol and made false statements. The chain of serious mistakes allowed the criminal to continue abusing the athletes, many of them minors. “The action and inaction of FBI employees detailed in the report are totally unacceptable. They betrayed their fundamental duty to protect people, ”said Wray, who has served as director of the FBI since 2017.

During her testimony, Biles, visibly uncomfortable and affected, clarified that she blames Larry Nassar for the abuse of which she was a victim, but also “the entire system that allowed and perpetrated it.” The five-time world champion accused the United States Gymnastics Federation (USAG), and the US Olympic and Paralympic committee that they knew “long before” that she had suffered abuse. Despite that, the FBI never contacted her for their investigation.

At 24 years old, the best gymnast in the world is an icon that does not stop growing. At the Tokyo Olympics, a psychological injury prevented her from competing as planned, but instead rose to the fore as a leader in minimizing mental health issues. “I do not want any other young Olympic athlete or any other individual to suffer the horror that I and that hundreds of others have endured and continue to endure until today,” he said in his testimony this Wednesday.

“This hearing is one of our last opportunities to obtain justice,” warned Nichols, who, when she was one of the best gymnasts in the country, was the first to report Nassar to her coach in June 2015. She sent the complaint to him. to the managers, who, instead of immediately alerting the authorities as required by law, opened an internal investigation and prohibited Nichols’ parents from going to the FBI. For the athlete, who saw her career cut short when she broke the silence, USA Gymnastics and the FBI “betrayed” the survivors by perpetuating and allowing a culture of abuse that from her point of view – shared with the rest of her teammates – still prevails.

The senators asked the gymnasts what had to happen in order for them to feel that justice was being served. “Ignoring who knew what and when [se enteró]We cannot identify all facilitators or determine if they are still in positions of power. We simply cannot solve a problem that we do not understand, and we cannot understand the problem until we have all the facts, “replied Raisman, who asked, once again, for an independent investigation to be opened into why the federation and the Olympic Committee ignored reports of abuse. “If they are not going to protect me, I want to know who they are trying to protect,” Maroney added.