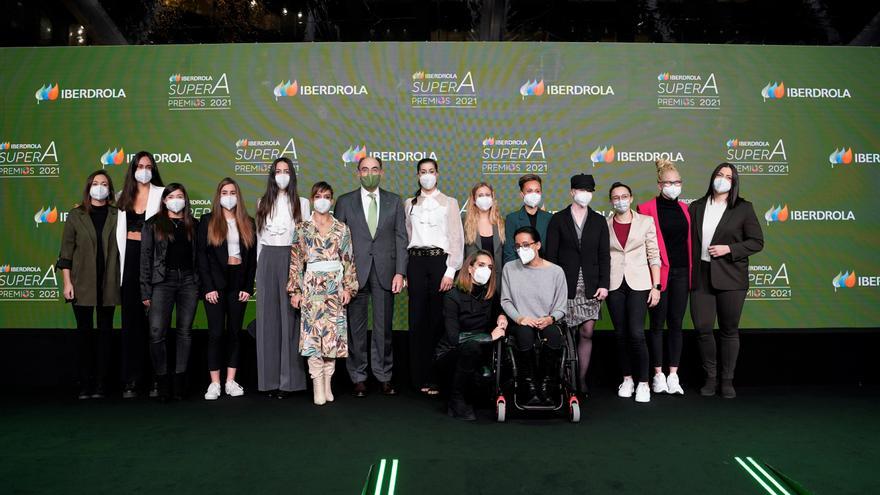 The president of Iberdrola, Ignacio Galán, has delivered this afternoon of the 6 awards that will serve to finance the winning projects of each of the categories into which the Iberdrola SuperA Awards, an initiative that is in its second edition and that is part of the company’s commitment to promoting gender equality and, specifically, promoting excellence for women through sports practice.

With these recognitions, Iberdrola will support projects, programs and initiatives related to women and girls in six categories: Grassroots Sports, Competition, Inclusion, Social Integration, Diffusion and Sustainability, which each will receive a prize of 50,000 euros.

The Iberdrola SuperA Social category award has relapsed into the Donosti CUP in the World Foundation, from the Basque Country, whose purpose is to organize the Donosti Cup Soccer Tournament, in which an international team and another team from our country will participate.

For its part, the girls of the Baruca Acrobatic Gymnastics Club in Jaén will be able to compete nationally and internationally with the improvement that will be made in their facilities, by winning the Base Category award.

Vicente del Bosque and Sandra Sánchez, during the gala.

Also, thanks to Iberdrola SuperA Competition award, the women of the Bolaños sports club in Ciudad Real They will have the sports equipment and training necessary to make the leap to professional handball.

On the other hand, the SuperA Diffusion award will serve to disseminate the documentary that tells the story of 10 women, Mariburruntzi Sinkro Group, who began to practice artistic swimming at age 50, reconciling their family, work and sports life.

Valencia will have the first adapted cycling school for women and girls, driven by Paralympic athlete Ruth Aguilar. The project achieved the Iberdrola SuperA Inclusion award, while the Royal Spanish Canoeing Federation will be able to establish Clean Water Day at the national level in order to improve the environment where this sport is practiced, thanks to the SuperA Sustainability award.