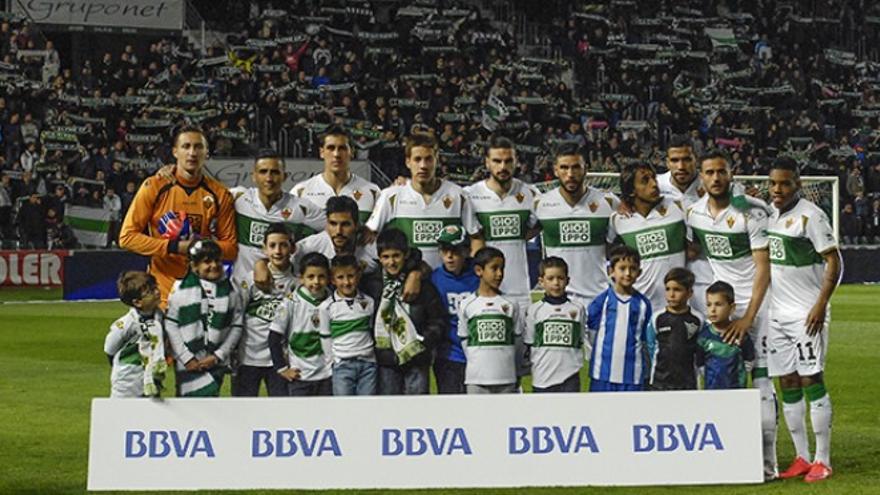 With the return of Enzo Roco to Elche, the sixth round of a member of the team that defended the French-green interests in the 2014/15 season, of unfortunate memory because, despite achieving with some ease the permanence in the field of play, the entity ended up being sanctioned and relegated to Second Division in the offices.

The Chilean center-back takes, in this way, the same return path that the players did at the time. Sergio Pelegrín, Edu Albacar, Jonathan of Jesus Y Victor Rodriguez. The sextet is closed by the coach Fran Scribe, who is the only one of all who will coincide with Enzo Roco in the season that has already started with the summer work.

Sergio Pelegrín and Edu Albacar were the first members of that team to return. They did it a year after the traumatic summer of 2015. Pelegrín, who had been promoted with Alavés to Primera being fixed for Bordalás, hung up his boots in that 2016/17. Albacar, for his part, had retired and went back to dressing short to play two more years as franjiverde. Both lived together another dramatic situation, the fall of the team to Second Division B. The left-handed side, at least, was able to remove the thorn and help the return to the silver category.

Jonathas de Jesus and Víctor Rodríguez formed an excellent duo in 2014/15 with Elche. The Brazilian became known to the general public with a great season that earned him to sign for Real Sociedad after a bizarre departure from the club from Elche, in which even his media agent Mino Raiola came to criticize the then Franco-green leaders. Victor, for his part, was the ideal complement to the striker and continued his career in First with Getafe.

Neither of them lived a course as good as the one they shared in the city of palms. The little playmaker suffered two consecutive descents with Getafe and Sporting de Gijón, before heading to the United States to leave evident samples of his quality in Major League Soccer with the Seattle Sounders. Jonathas, for his part, He did not settle either in San Sebastián or later in his stages at Rubin Kazan, Hannover 96 and Corinthians.

The return to Elche of both occurred practically at the same time, during the 2020 winter market. Both were part of the team that returned to the First Division. The forward left for the United Arab Emirates last summer to play for Al-Sharjah and the Hatta Club, while Victor barely had a leading role either with Jorge Almirón or Escribá. After finishing his contract, right now he is without a team.

The team’s last comeback from 2015 before Enzo Roco’s came last February, with the return to the Elche bench of Fran Escribá. The Valencian coach, an idol at Martínez Valero after having achieved promotion to the First Division in 2013 and two consecutive stays, later managed Getafe, Villarreal and Celta, all in the First Division. With the Castellón team he came to play a European competition.

With Elche on a very negative streak of results and after Almirón’s resignation / dismissal, Christian Bragarnik gave Escribá chevrons to try to reactivate a team that was heading towards the Second Division. It was not easy, but the goal was achieved, thanks to a heart attack ending in which the franjiverdes managed to beat Cádiz and Athletic in the last two days and took advantage of Huesca de Pacheta’s stumbling blocks. At the end of the season, Escribá renewed for one more year, so this campaign will be his fifth as coach of the franjiverde.

With regard to the rest of the main members of that Elche and, briefly, this is the situation of each one: