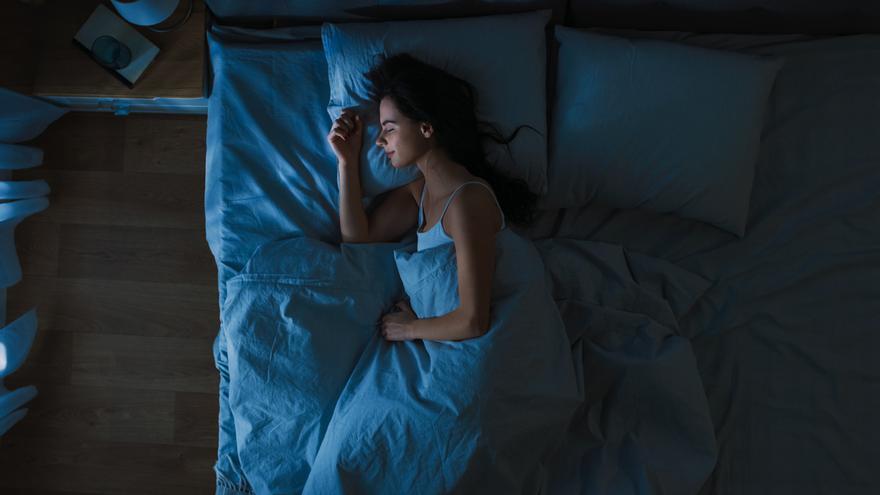 The Spanish we slept little. We went to bed about two hours later than the rest of the Europeans and got up at the same time as them. And this custom has very harmful effects on health, some effects that specialists want to highlight this March 19 on the occasion of the celebration of the World day Dream.

“Sleep is essential, but today it has become a luxury”, Elena Urrestarazu, a specialist from the Sleep Unit of the University of Navarra Clinic, told EFE, who stressed that Spaniards have “a lot of activities during the day” and “what remains” goes to sleep, but ” at night we are so ‘activated’ that then we cannot sleep “.

For this reason, the specialist recommends planning the whole day taking into account that we need hours to sleep, about seven or eight on average.

World Sleep Day has been promoted by the World Sleep Society (WSS) with the aim of raising awareness about the need to improve the prevention and treatment of sleep disorders. This year is commemorated under the slogan “Regular sleep, healthy future”, to influence the relationship that has a bad rest with the deterioration of the health and quality of life of the population.

Sleep disorders are becoming more common. According to data from the Spanish Society of Neurology (SEN), more than 10% of the Spanish population – more than 4 million people – suffer from some type of chronic and serious sleep disorder.

But, in addition, more than 30% – more than 12 million Spaniards – wake up with the feeling of not having had a good night’s sleep or end the day very tired. The World Sleep Society even estimates that these problems threaten the health and quality of life of up to 45% of the world’s population.

Urrestarazu has explained that little sleep is harmful, but has practically the same risk “sleeping at odd hours, outside my usual hour, as the one who works shifts or has very out of date schedules”.

The health risk associated with sleep is U-shaped, but asymmetric, since “the risk is much greater when you sleep too much. It is clearly worse to sleep a lot than a little,” Urrestarazu assured.

Sleep disturbances have many negative consequences

Sleep disturbances have many negative health consequences, not only psychiatric, such as anxiety or depression, but also cause overweight, obesity, hypertension, diabetes and even some types of cancer, especially prostate and breast, such as It has been found in flight attendants and other workers with significant time lags.

In this sense, Sleep Unit of the University of Navarra Clinic participates in a multicenter study in patients with REM sleep behavior disorders to establish markers of Parkinson’s disease.

Having a healthy sleep is not only about medication, which should always be administered by a specialist, but there are also a series of useful tips so that sleeping does not become a problem, Urrestarazu has commented.

Thus, it is advisable to respect stable times for going to bed and getting up, staying in bed long enough for the body to rest. Trying to regain sleep lost during the week on Saturday or Sunday is not conducive to a healthy habit.

What’s more, not only is regular sleep importantRather, any activity with a regular schedule will be beneficial, such as meals, exercise or social relationships, at least those allowed by the pandemic.

Exposure to sunlight is also very important, especially in the morning, while being exposed to light at night, especially from electronic device screens, is detrimental to getting a good rest.

Exercise is also advised, better in the first half of the day than at the end of the day, and take care of your diet, avoiding caffeine in the hours before going to bed and very copious, very spicy or sugary dinners, as well as excessive alcohol intake.