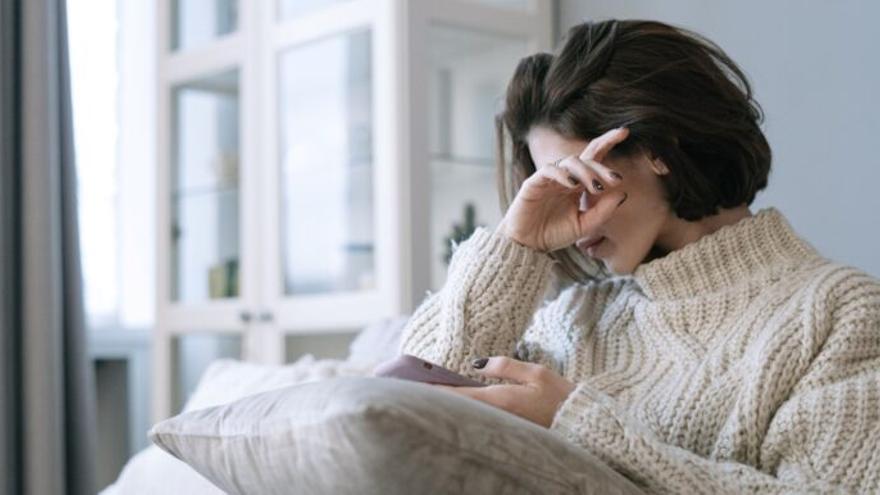 For years, researchers have pondered and continue to reflect on this and other questions regarding how sleep is related to cognitive decline.

The answers have been difficult to come by because it is difficult to know if lack of sleep is a symptom of the brain changes that underlie dementia, or if it really can be a cause, primary or secondary.

Now a new study published in the revista Nature Communications reports new findings by which we could conclude that people who do not get enough sleep between the ages of 50 and 60 may be more likely to develop dementia late in their 70s.

Specifically, a significant number of them were diagnosed with dementia at an average age of 77 years.

The research is very data-rich, as it followed almost 8,000 people, in Britain, and did so for about 25 years, starting when they were 50 years old.

And in their results we find that Those who reported sleeping, on average, six hours or less on weekdays were about 30% more likely to be diagnosed with dementia almost three decades later.

The only problem with this study is that most sleep data was self-reportedIn other words, they were counted by the “studied” themselves, so it is a subjective measure, not as precise as would be desirable, according to the experts.

But at one point in the research, the sleep duration of almost 4,000 participants was measured with accelerometers, and the results were consistent with the hours of sleep they reported.

In any case, although the data cannot be corroborated as scientifically proven, they do show an association between poor sleep and the risk of dementia.

And however modest the correlation between the two may be, the fact that a few hours of sleep is so common in our societies makes studying important. Especially because on why each one has control over the hours they sleep, and can change it if they want.

It may interest you: The doctors’ tricks to sleep better: this is all you do wrong

It would be easy to think that there is little chance that an event today could be a symptom of what will happen in more than 20 years. But

if you know that pre-dementia brain changes, such as protein buildup associated with Alzheimer’s, actually begin 15-20 years earlier that people have memory and thinking problems.

One of the explanations in which to scientifically support this statistical study would have to do with studies in which it has been found that the levels of amyloid in the cerebrospinal fluid, a protein that accumulates in plaques in Alzheimer’s disease and that increase if people are deprived of sleep.

And backwards. Other studies would confirm that sleep is important for removing proteins from the brain or limit production.

Dr. Erik Musiek, neurologist and co-director of the Center for Biological Rhythms and Sleep at Washington University in St. Louis. who was not involved in the new research refers to a theory that the longer we are awake, the longer our neurons will be active and the more amyloid will be produced.

And also the opposite. As during sleep a fluid from the brain helps to eliminate excess proteins, poor sleep means more protein buildup.

It may interest you: They develop a device to prevent sleep apnea and replace CPAP

And those who sleep too much?

Experts seem to agree that investigating the connection between sleep and dementia is challenging and that previous studies have sometimes yielded confusing results.

In some studies, for example, people who sleep too much (typically nine hours or more) appear to be at higher risk for dementia, but several of those studies were smaller or had older participants, the experts said.

In the new study, the results also hinted at an increased risk for heavy sleepers (defined as eight hours or more because there weren’t enough people sleeping nine hours, Dr. Sabia said), but the association was not statistically significant.

In general, sleeping pills do not provide as deep sleep as is needed so that the brain has the rest it needs

And as for naps as a complement to the hours of sleep at night, experts consider that it is best to get a good night’s sleep, and that will make naps unnecessary.

And as a recipe for “sleep hygiene” the American Centers for Disease Control and Prevention advises: have a regular sleep schedule, avoid caffeine and alcohol before bed and removing phones and computers from the bedroom.

In any case the dream world is still puzzling and there is still much to learn.