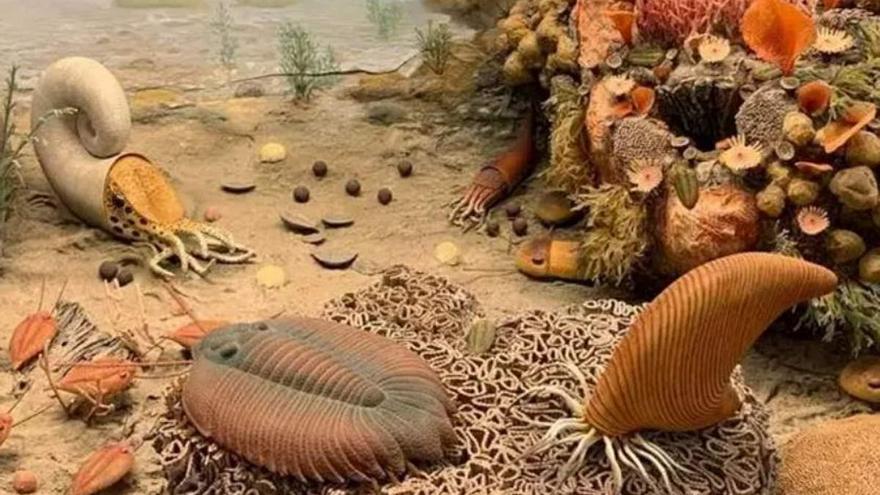 A new study has found the first evidence for sophisticated respiratory organs in 450-million-year-old marine creatures. Contrary to popular belief, trilobites breathed on their legs, with gill-like structures hanging from their thighs.

Trilobites were a group of marine animals with crescent-shaped heads that resembled horseshoe crabs, and they were highly successful in terms of evolution. Although they are now extinct, they survived for more than 250 million years, longer than the dinosaurs.

Thanks to new technologies and an extremely rare set of fossils, scientists at the University of California Riverside (UCR) can now show that trilobites breathed oxygen and explain how they did it. Published in Science Advances magazine, these findings help to piece together the puzzle of early animal evolution.

“Until now, scientists have compared the upper limb of the trilobite leg to the non-respiratory upper limb in crustaceans, but our paper shows, for the first time, that the upper branch functioned as gills“he said in a statement Jin-Bo Hou, UCR paleontology doctoral student who led the research.

Among the oldest animals on earth, this work helps place trilobites on the evolutionary tree more securely among the oldest arthropods, a large group of animals with exoskeletons and crustaceans.

The research was made possible, in part, because of unusually preserved fossil specimens. More than 22,000 species of trilobites have been discovered, but the soft parts of the animals are visible in only about two dozen.

“These were preserved in pyrite, fool’s gold, but it is more important than gold to us, because it is key to understanding these ancient structures,” said UCR geology professor and paper co-author Nigel Hughes.

A CT scanner was able to read the density differences between the pyrite and the surrounding rock and helped create three-dimensional models of these rarely seen gill structures.

“It allowed us to see the fossil without having to drill and polish the rock that covers the specimen a lot,” said paleontologist Melanie Hopkins, a member of the research team at the American Museum of Natural History.

“This way we could get a view that would even be difficult to see with a microscope – really tiny trilobite anatomical structures on the order of 10 to 30 microns across,” he said. For comparison, a human hair is approximately 100 microns thick.

Although these specimens were first described in the late 1800s and others have used CT scans to examine them, this is the first study to use technology to examine this part of the animal.

The researchers were able to see how blood would have seeped through chambers in these delicate structures, picking up oxygen on its way as it moved.. They look a lot like the gills of modern marine arthropods like crabs and lobsters.

Comparing the pyrite specimens to another trilobite species gave the team additional details on how the filaments were arranged relative to each other and with respect to the legs.

Most trilobites poked at the bottom of the ocean, using spikes on the lower legs to catch and crush their prey. Above those parts, in the upper branch of the limbs, eThese were additional structures that some believed were intended to aid swimming or digging.

“In the past, there was some debate about the purpose of these structures because the upper part of the leg is not a good location for the breathing apparatus“Hopkins said.” You’d think it would be easy for those filaments to get clogged with sediment where they are. It is an open question why they developed the structure in that place of their bodies. ”

Hughes’ lab uses fossils to answer questions about how life developed in response to changes in Earth’s atmosphere. About 540 million years ago, there was an explosive diversification in the variety and complexity of the animals that live in the oceans.

“We have known theoretically that this change must have been related to an increase in oxygen, since these animals require its presence. But we have had very little ability to measure that,” Hughes said. “Which makes finds like these even more exciting.”