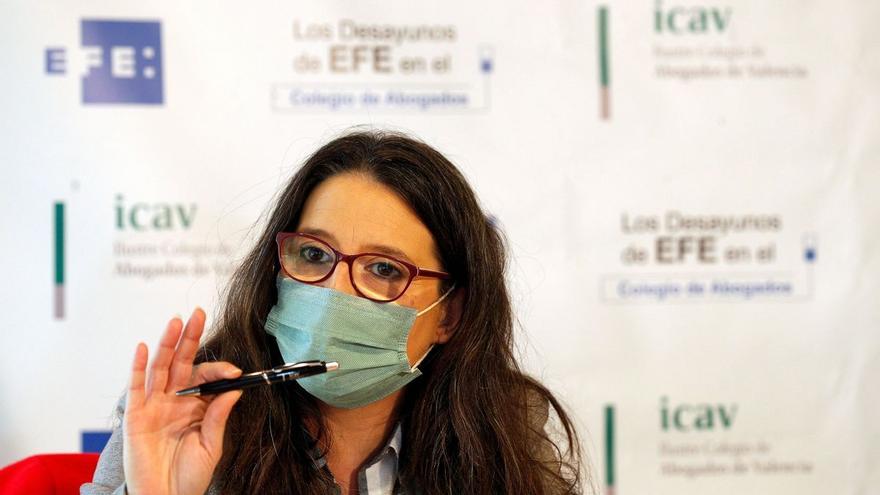 At times like the present, when more help, intervention and social support is demanded, it is also when the damage caused by a dispersed and atomized social system is most palpable, with a privatization of important plots of social care – as happens with homes for the elderly-, under-financed and still suffering the impact of the cuts that the governments of the right made in the period of savage policies of adjustment lived during the Great Recession, immersed in a regulatory tangle and that sees growing gigantic requests for help and intervention from society to respond to the social emergency.

It is clear that the health crisis has also generated a huge social crisis. It is not by chance, therefore, that all Social Services workers are considered essential personnel in the states of alarm decreed by the Government. However, these essential social policies are not directing resources with the same intensity with which deprivation, lack of livelihoods and poverty among citizens have grown, nor are urgent regulatory changes being arbitrated to manage with agility the resources that society needs in highly vulnerable contexts like the ones we are going through. It would be a matter of simplifying procedures, reducing bureaucracy and speeding up the answers offered so that they reach those who need them most beforehand.

An example is the regulation by decree law that could be carried out by the Government of the individualized and non-periodic social emergency aid, granted by the Social Services of the municipalities, recognizing its specific legal nature as emergency aid, with the consequent guarantees for its effective immediate application: availability of cash, taxation of ex post spending and expandable credit. All this with no other requirements than the motivated prescription of the reference professional, something that different professional groups have claimed.

The aim is to recognize the professional capacity of the social workers of reference as a basic requirement for the execution and implementation of the existing social benefits, allowing those who have the capacity, specialized training and skills to do so work. Just as no one discusses with doctors their ability and professionalism to diagnose and treat their patients, social workers should be facilitated that at times like these they can carry out their important work for which they have excellent preparation, which in on many occasions it is above the means and resources that the administrations put in their hands.

And in the Valencian Community, there is also a horizon full of uncertainties from the hand of an erratic and contradictory social policy. No one doubts the political will to promote social services and a significant increase in resources since Monica Beyond He assumed this area in the Botànic, but there are too many fronts open in the canal that, far from being solved, are configuring a tangle of problems entrenched in essential areas of his Department. To the point that it has become the one that monopolizes the most complaints before the Síndic de Greuges with attitudes that, on too many occasions, have bordered on disobedience.

Along with the concern about the unlimited spread of covid-19 infections in nursing homes and the situation of many of them, the ministry led by Mónica Oltra has continued to promote the privatization model that was criticized so much in its day, designed by the popular Rafael Blasco Y Juan Cotino, without creating a single public center. In the matter of minors, there have been so many shocks and serious events that have been experienced in the protection centers, many of which have ended up before the police and the courts, that a deep rethinking of the entire protection system, guardianship and reception of minors in situations of extreme vulnerability. Although more resources have been put in place to deal with the Dependency law, the delays and the accumulation of unresolved files are still worrying, while the Valencian Inclusion Income collides with a system that puts good municipalities in the hands of part of a management for which they are not prepared and lack the means, ending the paralyzed files in València. In addition, the staffing of municipal social professionals is subject to the annual budgetary rhythms of the Generalitat, which leads to labor instability of teams that cannot be hired for months, pending approval and granting of the necessary resources . And of the disabled and mentally ill, the great forgotten, we no longer speak.

Too many pending subjects when, precisely, more progress should be made in promoting essential social services for a society that suffers.