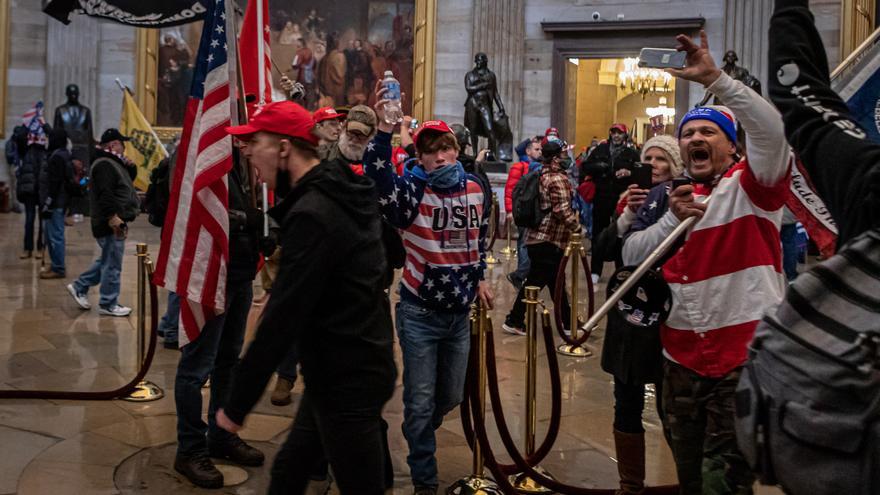 When resorting to hyperbolic alternatives, one could oppose another, equally simplifying and forceful, that of “Socialism or barbarism”, used in her day by Rosa Luxemburg.

Phrase that would give name, after World War II, to an anti-dogmatic Marxist group founded in France, among others, by the Greek Cornelius Castoriadis.

That “socialism or freedom”, which surely inspired Isabel Díaz Ayuso his particular Rasputin, seems more like a carbon copy of the slogan wielded by former US President Donald Trump to stoke the fear of the voters of the Democratic Party.

In the United States, where most citizens have no idea what socialism has been and is, everything to the left of the Republican Party is immediately disqualified as such.

I do not know, however, who the new leaders of the PP are trying to scare here with the word “socialism”, which in our post-communist Europe clearly equates to social democracy.

A social democracy that has never tried to fight capitalism, but has only proposed to correct its worst consequences, thus guaranteeing the very survival of the system.

Ayuso and his people speak, in any case, of freedom without distinctions despite the fact that, as the philosopher Isaiah Berlin already analyzed, there are different types of freedoms.

He spoke, for example, of negative freedom, which allows the individual to fully realize himself outside of any external constraint and which requires a minimal state.

But the second concept of freedom, the positive one, although it presupposes the autonomous will of the individual, implies at the same time responsibility, self-control when acting.

We live in society, within the framework of rules that we have democratically established; we need each other and the law of the fittest should never rule.

There seems to be no doubt about the kind of freedom that the president of the Community of Madrid advocates – that “Spain within Spain”, as she calls it.

Didn’t you once refer in positive terms to motorists’ freedom to pollute by absurdly denying the toxicity of traffic jams?

Freedom, therefore, to continue producing and consuming outrageously without caring about global warming, the destruction of more and more habitats and the inheritance that we will leave to the next generations.

Taxes as low as possible, which, although this degrades public health and keeps thousands of health workers in precarious employment. There is the private healing of friends, always ready to supply it.

Freedom, of course, for parents to choose their children’s educational centers in the face of attempts by socialists and their allies to “control” their young minds through indoctrination in class because, apparently, there is no more “ideology” than the one on the left.

Absolute lack of complexes and supposed moral superiority of the right because it is the only one that creates prosperity and wealth in front of a left that the popular, forgetting their cases of corruption – things of the past! -, accuse of generating only misery where it governs .

Security and self-confidence because it does not matter what you say and the more scandalous, the better since, in a society that prioritizes the show, the media will continually talk about you, and your political “enemies” will waste time trying again and again to deny you.

It is the formula already tested in the US by the previous president and how good it was there. Isabel Díaz Ayuso is the mini-Trump of Manzanares.