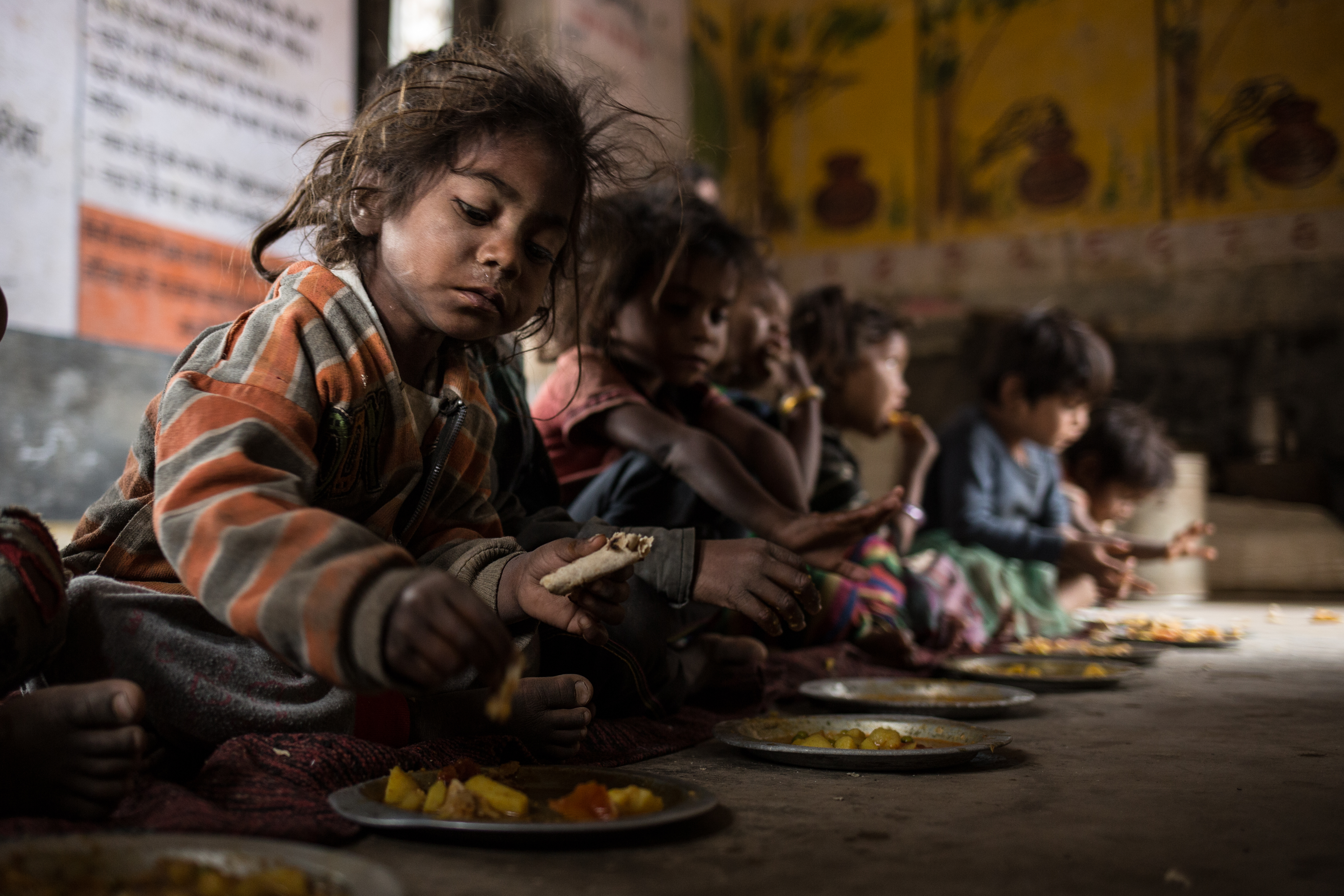 The scenario was bleak enough before the coronavirus pandemic. In 2019, about 650 million people were starving across the globe. A figure that was already too far from the second Sustainable Development Goal (SDG), which aimed to eradicate food insecurity by 2030, improve nutrition and promote sustainable agriculture. Covid-19 has been a huge setback that has further removed this goal. Last year, at least another 118 million people joined the hunger list.

The most important report on the subject entitled The State of Food Insecurity in the World 2020 (SOFI), published this Monday by the Food and Agriculture Organization of the United Nations (FAO), the International Fund for Agricultural Development (IFAD), the World Food Program (WFP), Unicef and the World Health Organization (WHO), estimates that at the end of last year between 720 and 811 million people woke up without knowing if they were going to eat that day.

For the first time, the study does not put a fixed number on the number of hungry people on the planet, but rather raises an interval that reflects the additional uncertainty produced by the pandemic. The authors warn that the current situation is “significantly more challenging” than in other years. “This is the highest peak of hunger and chronic malnutrition that we have encountered,” ditch Máximo Torero Cullen, FAO chief economist. “We have lost everything that had been recovered up to 2015,” he adds.

For Unicef ​​”it is disturbing” that in 2020 hunger soared both in absolute and relative terms, outpacing population growth. The worst-case scenario, according to their data, means that 10% of the planet’s inhabitants suffered from food insecurity last year, compared to 8.4% in 2019. More than half of them live in Asia (418 million), more than a third (282 million) in Africa; and a smaller proportion (60 million) in Latin America and the Caribbean. But the steepest increase was recorded in Africa, where 21% of the population is affected, more than double that of any other region.

The figure increases if not only those who did not have enough food are included, but also those who did not have access to an adequate one: more than 2.3 billion people, which represents 30% of the population. An indicator that has taken “a leap in a year as big as the previous five combined,” the report warns. The forecasts for the coming years are not rosy either: close to 660 million people will continue to be food insecure at the end of this decade, largely due to the collateral effects of the crisis triggered by COVID-19.

And the pandemic has caused other alterations: the profile of the new victims of hunger has changed. Torero Cullen warns that before, food insecurity was closely linked to poverty. “The covid has caused a sharp turn that we did not expect in the population of Latin America,” explains the FAO expert economist. “It has been because of the duration of the confinements and because of its relationship with the informality of the labor market, which on average is 54%, and in some countries up to 70%. Part of that middle class lost everything overnight. And they joined the hunger statistic for the first time. They are no longer just poor ”. For the African continent, he predicts, everything (the worst) is yet to come: “If Africa does not solve its vaccination problem, 2022 will be terrible.”

Middle-class groups lost everything overnight in Latin America. And these are the ones that have joined the hunger statistic for the first time. They are not just poor anymore

As with inequality, hunger has cardinal points. Nine out of ten children with growth retardation (representing 22% of those under five years of age) and pathological emaciation or thinning (6.7%) and seven out of ten overweight infants (5.7%) live on both continents. ). The figures are a reflection of the regional imbalances that have been highlighted by the covid.

Also Read  Met Gala 2021: the most impressive "looks" of the most important fashion event in the world

But not only. As Agnes Kalibata, UN special envoy for the food systems summit and president of the Alliance for a Green Revolution in Africa, noted: “The pandemic is only partly to blame. Hunger numbers on this scale are not a symptom of COVID-19, they are a symptom of a dysfunctional food system that gives in under pressure and abandons the most vulnerable first. ” The combination of armed conflict, natural disasters and the pandemic has a lot to do with these terrifying numbers. In fact, according to another Oxfam Intermón report published in early July titled The hunger virus multipliesConflicts continue to be the main cause of hunger since the outbreak of the pandemic: they add up to more than half a million people in a situation close to famine; six times more than in 2020.

Lourdes Benavides, Oxfam Intermón’s head of fragile countries, pointed out at the launch of the investigation that covid-19 “has exposed the profound inequalities that exist in the world.” “Instead of coping with the pandemic, the warring parties have continued to fight each other, often dealing a lethal blow to millions of people already suffering the consequences of extreme weather events and economic disruption,” he criticized.

If today you add up all the world production in terms of calories, we have to feed the whole world. It is not a problem of higher production. It is distribution. And that is tied to inequality

Mass unemployment and large changes in food production also caused the price of food to skyrocket by 40%. “This is the largest increase in more than a decade,” emphasizes the Oxfam study.

Why focus on food systems?

For those responsible for the five entities that signed the SOFI study, changing food systems is essential: “We are aware that transforming them so that they provide nutritious and affordable food for all and become more efficient, resilient, inclusive and sustainable can contribute to progress. the world (and the Sustainable Development Goals, which are the roadmap to achieve it). The food systems of the future must provide decent livelihoods for the people who work in them, in particular for small-scale producers in developing countries – the people responsible for harvesting, processing, packaging, transporting and marketing our food ”. For Torero Cullen, “Covid can be an opportunity to do different things. If we don’t make a structural change in the agri-food systems, things are going to get very complicated ”.

Thus, experts propose six paths to change, depending on the context: implement peacebuilding policies in conflict-affected areas that make humanitarian aid possible; increase climate resilience; strengthen the economy of the most vulnerable; step in and lower the cost of nutritious food; address poverty and structural inequalities and change consumer behavior to promote dietary patterns with positive impacts on human health and the environment.

Torero Cullen insists that the problem is the distribution of food: “If today you add up all the world production in terms of calories, we have to feed the whole world. If you also want to see if we satisfy a vegetarian diet, we almost have what we need. It is not a problem of greater production, but of distribution of what there is. And that is tied to inequality ”.

The five United Nations agencies pin their hopes on a renewed democratic drive to reverse this situation. In this sense, 2021 “offers a unique opportunity”, they say, to advance food security and nutrition through the transformation of food systems with the next UN Food Systems Summit, the Summit of Nutrition for Growth and the COP26 on climate change.