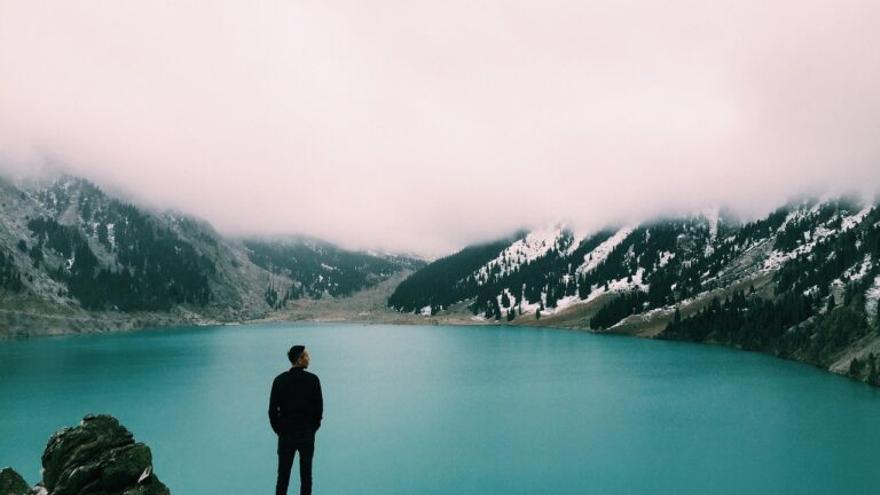 Research from the University of Geneva (UNIGE) has found that the best solution to face the climate crisis socially is to use the language of the heart.

He points out that, when we want to sensitize society about climate change, the main parameters are not gender, age, the socioeconomic situation of the people, the political party to which they belong or with which they sympathize, and not even their hierarchy of values.

What this research reveals is that, in the face of a challenge from nature that the climate crisis represents, what is going to work best for people to react responsibly, adopt sustainable behaviors and respect nature, is the language of emotions.

The emotional picture The emotions They are important because they convey information about how we feel and how others feel. They manifest when we look at a painting, a landscape, the face of a loved one, and also when something displeases us and instills fear.

They are psychophysiological reactions that alter attention, promote certain behaviors and influence facial expressions, muscles, voice, the activity of the nervous and endocrine systems.

All this mechanism is triggered by the release of hormones that turn emotions into feelings on which our reactions depend.

Emotional link The new research has found out how the emotional system can be used to respond to a serious collective problem such as climate change, since emotions serve to establish our position with respect to our environment.

Developed by the Professor of Sustainable Development Psychology at UNIGE, Tobias Brosch, the new research reviewed more than 100 previous studies, carried out in the last five years, on emotions and climate change.

The approach is original because it recognizes the importance of emotions, many times you consider responsible for irrational behaviors, in solving the greatest problem that has affected humanity, which has never before in the past been doomed to its own extinction.

The previous studies analyzed in this research had focused on the effect that climate change causes on people, which can be summarized in various types of emotional reactions: fear, worry, guilt, but also sometimes hope and pride.

Careful communication The first conclusion is that both fear and hope are essential to obtain a positive emotional approach to the climate issue.

Consequently, he considers that both emotions must be present when trying to explain the climate problem to society.

Contrary to what might be thought, fear does not generate paralysis in the face of the crisis, nor does hope generate irresponsibility, assuming that the problem is in the process of being solved.

The researchers therefore conclude that the best message that can be transmitted about the climate crisis must be, on the one hand, realistic with the approach of the problems, and on the other hand, hopeful regarding the possibility of overcoming it.

Therefore, politicians must work with emotional psychologists in designing pro-environmental interventions, in order to define the correct messages, the researchers note.

Sustainable behavior Research has also taken into account what is known in psychology as “warm glow”, which defines the well-being that people experience when they are kind and help other people.

The new research has found that this psychological state is also important for socially facing the solution of the climate crisis.

“People who hope to feel good about taking action for the environment are behaving more sustainably. So we must reinforce this warm glow as a lever for the people who are subject to it, because it will reinforce their good habits and unleash a virtuous cycle of actions favorable to long-term sustainable development ”, specifies Tobias Brosch in a release.

“In addition, we should try to unleash this virtuous circle in people who still do not feel it,” he concludes.

The challenge lies in the implementation of strategies and opportunities that allow citizens to live this feeling, of altruism or empathy, in a positive way during an action in favor of the fight against global warming, so that they want to feel it again and its sustainable impact in the environment is prolonged in time.