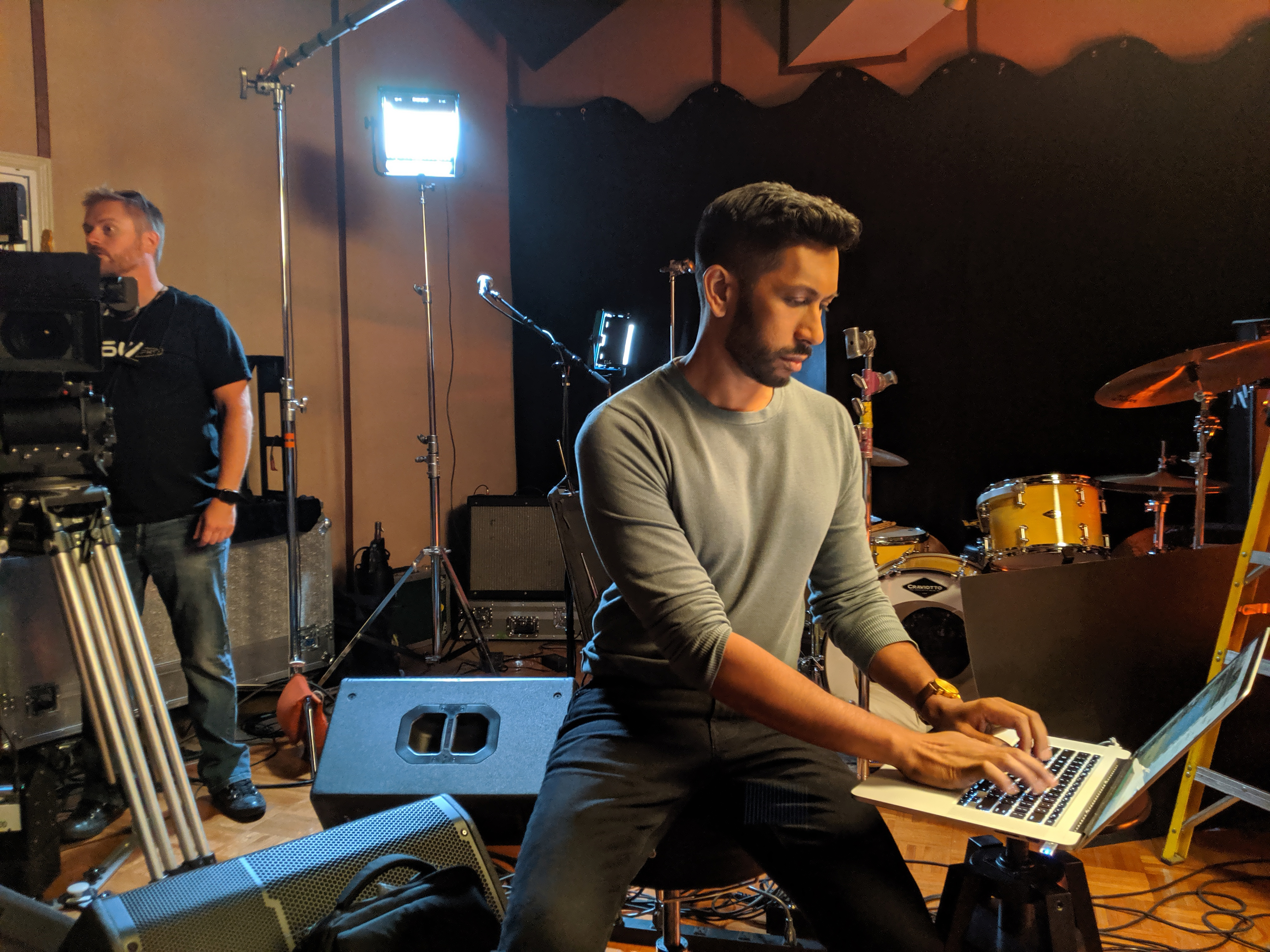 One of the most fascinating aspects of Miss Americana, the documentary on Taylor Swift released in January of last year, was to observe the composition process of the artist. Although the documentary seemed to have as a priority to show us the dramatic moment in which the one from Pennsylvania took control of her career and came out of the political closet even at the risk of angering some of her fans, the truth is that the truly revealing moments, however intimate and not at all choreographed, they were the ones who presented her in a studio, alone with her producer, composing with a pen, an Iphone and a kebab. Something similar happens in The World’s a Little Blurry, the documentary that follows the growth process of Billie Eilish. Seeing her in her room scribbling things and humming tunes alongside her brother is on par, or even above, watching her not recognize Orlando Bloom and then declaring that she believed it to be someone from Katy Perry. While these documentaries were being released, Hrishikesh Hirway, an American musician and composer, was already a star of the podcast world thanks to Song Exploder, an audio series in which he analyzed the compositional process of some of the most brilliant songs of the 21st century. That podcast has now become a series for Netflix that is now in its second season in which Hirway meets with artists to tell him how they do what they do. A bit like the Gabriel Byrne from the show In therapy and another bit of Jaime Altozano, the youtuber that takes music to the almost scientific terrain – we have liked this science about science so much that we already believe that it will serve us for whatever it is – the American exhibits a curiosity that borders on obsessive.

The first volume of Song Exploder on Netflix it premiered in September 2020 and contained four episodes dedicated to Alicia Keys (3 Hour Drive), Lin-Manuel Miranda (Wait For It, from the musical Hamilton), R.E.M. (Losing my Religion) y Ty Dolla $ ign (THE). Especially attractive were the episodes of Keys and REM. In the first we saw how Sampha, initially, a marginal composer of the song, was gaining prominence in the process. And in the case of REM, Hirway managed, despite interviewing the band members separately, to establish a dialogue with each other and reveal more about the internal dynamics of the group than anything written about them to date. Poor Ty Dolla $ ign was subjected to a psychoanalysis session so brutal that it made you want to hug him. He almost ended up apologizing for not having an answer to many questions from Hirway, a guy whose interest in all this is so great, that it unnerves even the composers. Did I write this?

The second season consists of four other episodes and was released in December of last year. This time, it’s Dua Lipa’s turn (Love Again), The Killers (When We Are Young), Nine Inch Nails (Hurt) and Natalia Lafourcade (Up to the root). Trent Reznor (from Nine Inch Nails) is the one who, according to the episode’s confession, we owe Song Exploder will go from podcast to Netflix series – a band theme was analyzed by Hirway years ago – but it is The Killers who offer the most memorable episode, trying to relocate the meaning of their classic, too often associated with the capacity for neural destruction that one possesses in one’s youth, when in reality it deals with something much less interesting. Dua Lipa confesses to having met writing that song and, at that moment the series reels agitated by the immense weight of the obvious.

Also Read  Write to open a window to confinement | Culture

Song Exploder It is the certification that there is less and less mystery in the universe of music. A case like Milli Vanilli’s is impossible today. Not only because it would be impossible to spend so much time hiding that those people are not really the ones singing the songs, but because it is no longer worth even trying to hide it, because what the public demands is to know that they do not sing and celebrate them for that. And then, that a documentary be made about how it was decided to put on that masquerade and have some postmodern laughs, you have to see what they spread in networks. This passion for knowing how songs are made is, in a way, the inevitable consequence of a process that, since it began to explain without shame and even with some pride how the songs were organized. castings for the boy bands, has been gutting one by one all the secrets of an industry that, like governments, no longer knows what to do to be liked.

The program is another product whose existence is based on explaining to us step by step and in great detail, how the rabbit came out of the hat. What raises it several steps above other projects of similar idiosyncrasy is that what it shows is really interesting, not just morbid. And also, in a time when if you are not popular you are not important, he manages to avoid the stupidity of the obscenely massive to indulge in a selection of songs and artists who really have something to tell. The first episode of the podcast, back in 2014, was intended for a The Postal Service issue titled The District Sleeps Alone Tonight. It was so well done that it was the same as whether or not you knew about the existence of that song published in 2003 and included in the first feature length of the project formed by ben Gibbard (Death Cab For Cutie) and Jimmy Tamborello. So it was celebrated for having composed remotely, with each artist at home, exchanging files and so on. Today that is the norm. But what is history but how to teach us things before they were the norm.