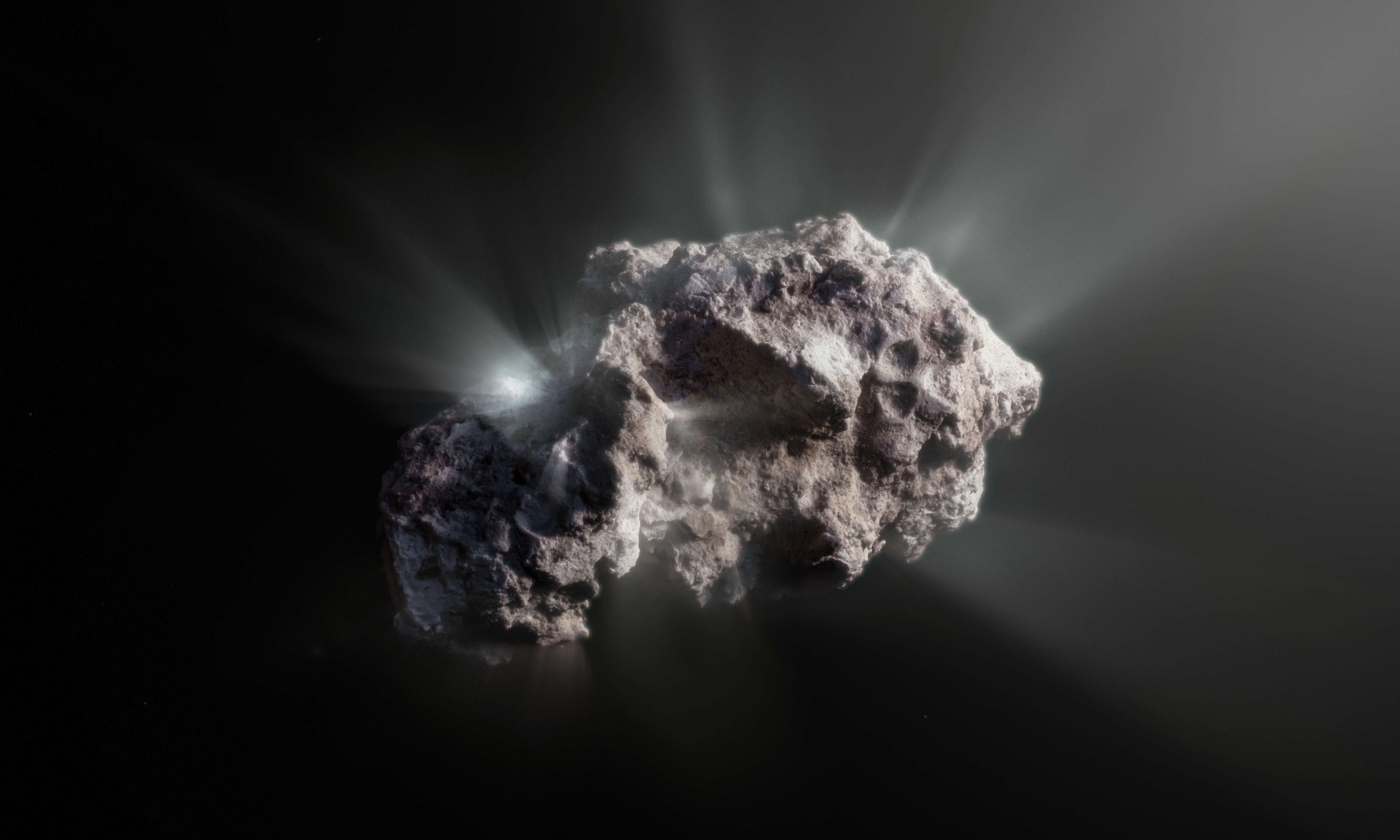 In the summer of 2019, an unknown object arrived in our solar system from an unidentified star. It was the first interstellar comet ever observed. No one knew what it was made from, or how long it had traveled through space. On Earth, an amateur astronomer from Ukraine, Gennady Borisov, was the first to spot it, and it was named 2I/Borisov in his honor.

Until then, only one object is known to have arrived from another solar system: the asteroid Oumuamua, whose odd shape has fuelled speculation since it was observed in 2017. “Interstellar comet? Cosmic iceberg? Alien space wreck?” asked The New York Times. The most recent theory suggests it was chipped off a Pluto-like planet somewhere far, far away.

These rare objects are exciting, like a time capsule of information about other stars unreachable by human spacecraft, and possibly about the planets around them. The Sun and the planets around it, including Earth, travel through the Milky Way at 220 kilometers per second. During this journey it is possible that we may pass so close to another solar system that a comet or asteroid gets sucked into the Sun’s field of gravity, or into the orbit of giant planets like Jupiter or Saturn. These visitors may get trapped in their new home forever, or pass right through and back out into interstellar space.

That’s how astronomers think Oumuamua and 2I/Borisov arrived, and it’s tantalizing to consider whether space travelers like these could carry elements critical to life from one star to another, and even “seed” them on other planets. This week, two teams of astronomers presented the results of Borisov observations made with two of the most powerful telescopes on Earth.

The first team attempted to understand when this comet formed and how its long journey through space has affected it. The astronomers targeted Borisov with the Very Large Telescope, a telescope facility operated by the European Southern Observatory in the Atacama Desert in Chile. They compared the observations with those of other known comets. The only one that it resembles is Hale-Bopp, a comet that was discovered in 1995 and was so bright it could be seen with the naked eye in the night sky for 18 months straight. The results of the first study, published this week in Nature Communications, point to Borisov being even more intact.

“Comet 2I/Borisov most likely never passed close to the Sun or any other star, and may represent the first truly pristine comet that has ever been observed,” the study’s authors wrote. Pure means old, so it is possible that its raw material is dust and gas very similar to that which existed around the Sun shortly after its birth about 4.5 billion years ago, before the planets of our solar system existed. The researchers believe that since its formation, Borisov has never passed close enough to a star to degrade.

The second study, published by the journal Nature Astronomy, shows that the comet is made of particles and pebbles of different sizes. Bin Yang, an astronomer at the European Southern Observatory, analyzed Borisov with the Atacama Large Millimeter/submillimeter Array (ALMA), currently the largest radio telescope in the world. Her results suggest the comet is a mixture of materials from different regions of the solar system where it formed.

The researchers speculate that there may have been giant planets of gas in that solar system that attracted the comet with their gravitational pull. Borisov is currently 10 astronomical units, or about 1.4 billion kilometers, away from Earth, explained Luisa Lara, a researcher at the Andalusia Institute of Astrophysics. “It will keep travelling away from us and will eventually leave our solar system in about 15,000 years,” she said. Lara was part of the scientific team of the Rosetta mission, a European deep space probe sent to sample the comet 67P/Churyumov-Gerasimenko. It found oxygen and organic material regarded as crucial for the origin of life on Earth.

The astrophysicist often reminds people that the basic ingredients for life arrived on Earth from space, probably on the back of comets. Glycine, an amino acid that may have been one of the first building blocks for the formation of living molecules such as RNA, has been found on comets. In her opinion, the two studies published this week are in line with what would be expected for a comet, because although it may have formed in another solar system, it is consistent to those that exist in our own.