Elon Musk’s company has big plans for this decade. To take the man to the Moon, for the second time, to begin the preparations for the human being on Mars… and for all this what is needed are rockets and spacecraft like the ones that we have been taught today.

The aerospace world has many challenges over the next 10 years. With the opening of the sky to private companies, a good handful of companies have set out to conquer the stars. The future can be very beneficial for those who manage to fulfill their promises.

We have SpaceX, Blue Origin, Virgin Galactic and many others who want to take advantage of the start of a new business that, in a few decades, may be the most profitable on the entire planet. But for that now you have to spend billions of euros.

The plans to populate the Moon with a stable lunar base, or the even more ambitious one of taking people to the Red Planet could not happen without the appearance of these private companies, which save a lot of money to agencies like NASA or ESA.

And in that race we have Elon Musk’s team, who has news. SpaceX has shared an image showing the 33 Raptor engines installed on the base of its next-generation Super Heavy rocket.

The Super Heavy rocket will be the most powerful space vehicle ever launched when it blasts off. and is destined to one day carry astronauts to the Moon and possibly even to Mars.

33 Raptor engines installed on the Booster, 6 on the Ship pic.twitter.com/l7K6rH96qa

A second image shows the six Raptor engines of the Starship spacecraft that will ride atop the Super Heavy when it takes to space. A design that is sure to remind you of the old NASA Apollo rockets.

When he separates from the Super Heavy, the spacecraft will be able to fly independently and will even be able to land upright on the ground, either on Earth or on another celestial body… like the Moon.

SpaceX CEO Elon Musk said a couple of weeks ago that the Super Heavy booster and Starship spacecraft will be ready for their first orbital test flight later this July. Something that enters the plans of 52 releases for this year.

The rocket is currently on the Starbase launch pad awaiting a crucial static fire test to ensure the engines and other systems are working properly for the test flight. 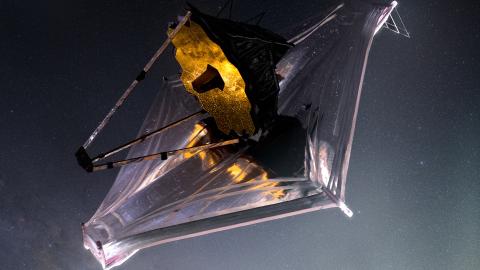 The 120-meter-tall Super Heavy has a thrust capacity of 8 million kg, more than double that of the Saturn V rocket that propelled astronauts to the moon.and considerably more than the 3 million kg of thrust offered by NASA’s next-generation SLS rocket.

The success of the Starship’s orbital mission would be a huge boost for SpaceX and NASAwhich wants to build lunar bases for long-term astronaut missions as part of the Artemis program, which also has manned missions to Mars in mind.