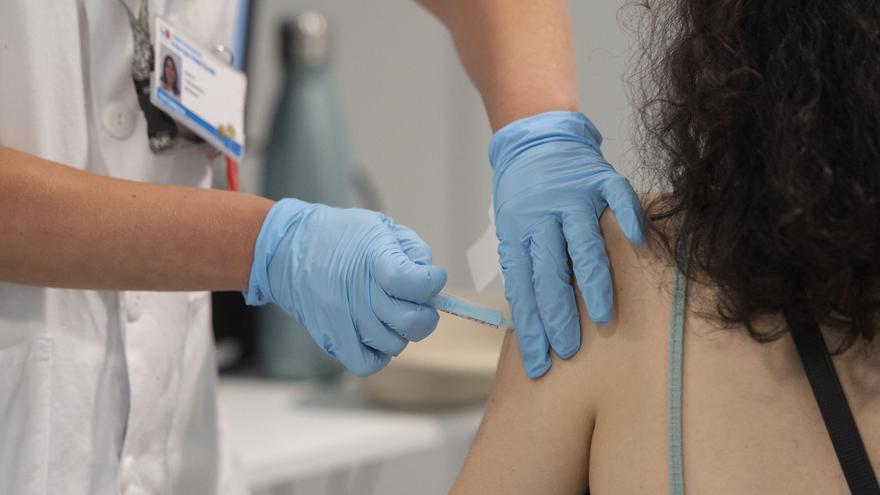 Despite the progress in vaccination, some Spanish regions are once again betting on the early morning curfews to try to stop the expansion of the coronavirus, especially among the younger population, where this fifth wave of the pandemic is having a special impact.

Vaccination is progressing apace in Spain, with the 49.3% of the population with the complete vaccine regimen, But COVID-19 advances without stopping, with a cumulative incidence of 537 cases per 100,000 inhabitants, according to the latest official figures, more than double what is considered extreme risk (250 cases).

As encouraging data, both in Catalonia and in Castilla y León, the two regions with the highest incidence, The rate of reproduction of the virus is slowing, which augurs a slowdown in the rate of infections in the coming days, according to the health authorities of both regions reported this Saturday.

At 1 the party is over

Millions of people, especially in Catalonia and Valencia, regions of the Spanish Mediterranean coast, had to keep the curfew this morning (restriction of mobility) from 1:00 a.m. to 6:00 a.m., which were also added some populations of Cantabria (North).

Both the Police and the municipal guards They reinforced their numbers so that the measure was respected, especially among the youngest, who take advantage of summer nights to go out in the open to drink and listen to music in large groups, known as “large bottles“.

After 1.00 in the morning the agents had to vacate parks and beaches thousands of young people, although the process was done without incident, according to authorities.

In Catalonia (7.7 million inhabitants), where 80% of the population is affected by the curfew, including those in the city of Barcelona, ​​the restriction was fulfilled “quite a lot”, according to the head of the Catalan Government, Joan Ignasi Elena.

For its part, the Barcelona City Council reported that the streets of the Catalan capital were “quite empty” around 2 in the morning, and that did not translate into an increase in notices to the police for parties at private homes.

Also in the Community of Valencia (5 million inhabitants), the security forces this morning evicted several bottles, one of about 1,000 people in Torrevieja (Alicante), and imposed 61 sanctions in the province of Valencia for non-compliance with the night mobility restrictions.

Despite this, the agents cleared the areas of influx of people without notable incidents in the 32 municipalities in the region with a curfew, including the capital.

Health authorities agree that the vaccine is the main weapon to stop the virus, along with restrictions on mobility.

In Spain, the vaccination process maintains a very good rhythm, with 23.3 million people (almost 50% of the population) with the complete schedule, and the objective is to reach 70% of immunization by the end of summer, according to the Prime Minister, Pedro Sánchez, insisted today.

The process is well advanced among those over 40 years of age, with 79.6% of the group fully immunized and advance among the youngest, the last to receive the vaccine, as decided by the authorities.

Thus, in the group of 20 to 29 years, where the cumulative incidence is highest, (1,666 cases), 12% already have the complete regimen and 23% are vaccinated with at least one dose.