The current summer begins as the most complicated of the three of the entire pandemic. Despite the emergence of the new virus in 2020, that summer time was that of the ‘new normal’. With an incidence of just 8 cases per hundred thousand inhabitants at the beginning of July, the holidays at that time, after the long confinement, and with the pertinent control measures, made it possible to attend what was the last summer almost without the coronavirus. circulating on a large scale. For last year, in which vaccination was extended among the young, student confinements in hotels and outbreaks among these groups then grabbed the headlines. Twelve months ago, however, just 2,500 people were admitted in hospitals (a number that quadrupled in August).

For the summer of this 2022, the situation of all the indicators that measure the incidence of the coronavirus is much worse. July, and the holidays, begin these days with a number similar to that of acute patients a year ago, but the cumulative incidence among the most vulnerable (over 60 years of age) is seven times higher than that of the population as a whole in the same month from the previous year. Not in vain, the Minister of Health, Carolina Darias, has repeated a mantra this week: “Prudence”. And she has recalled the measures that work to control the virus: the use of mask and vaccine to stop the most serious cases. The explosion of positives has caused a greater use of Primary Care and Emergency services, already saturated and in a delicate situation, and staff vacations. Some autonomous communities, such as Catalonia, have even gone so far as to ask citizens to make “rational use” in health centers.

Also Read  'Servant of the people', the prophetic series that brought Zelenski to power

“What you want is to hold anyone responsible except those who should be responsible for the current situation, which are the health authorities,” he exposes to ABC Lorenzo Armenteros, spokesperson for the Spanish Society of General and Family Physicians (SEMG). “There’s a absolute overflow in our centers, but advising patients not to go to the doctor seems a contradiction, if we try to make it the doctor who manages your health even to obtain a drug, “argues the Family doctor.

This summer, in addition to doubling shifts to cover vacations and do more shifts, around 10% of the staff, who had the option of extending their leave, It has retired. To this perfect storm are also added the cases of the seventh wave: «A ghost wave because no data is given, neither on sick toilets nor on casualties, with the BA.4 and BA.5 variants of Ómicron much more symptomatic than the previous ones , and what is worse, we already see reinfections in three months with many more complications, “says Armenteros. 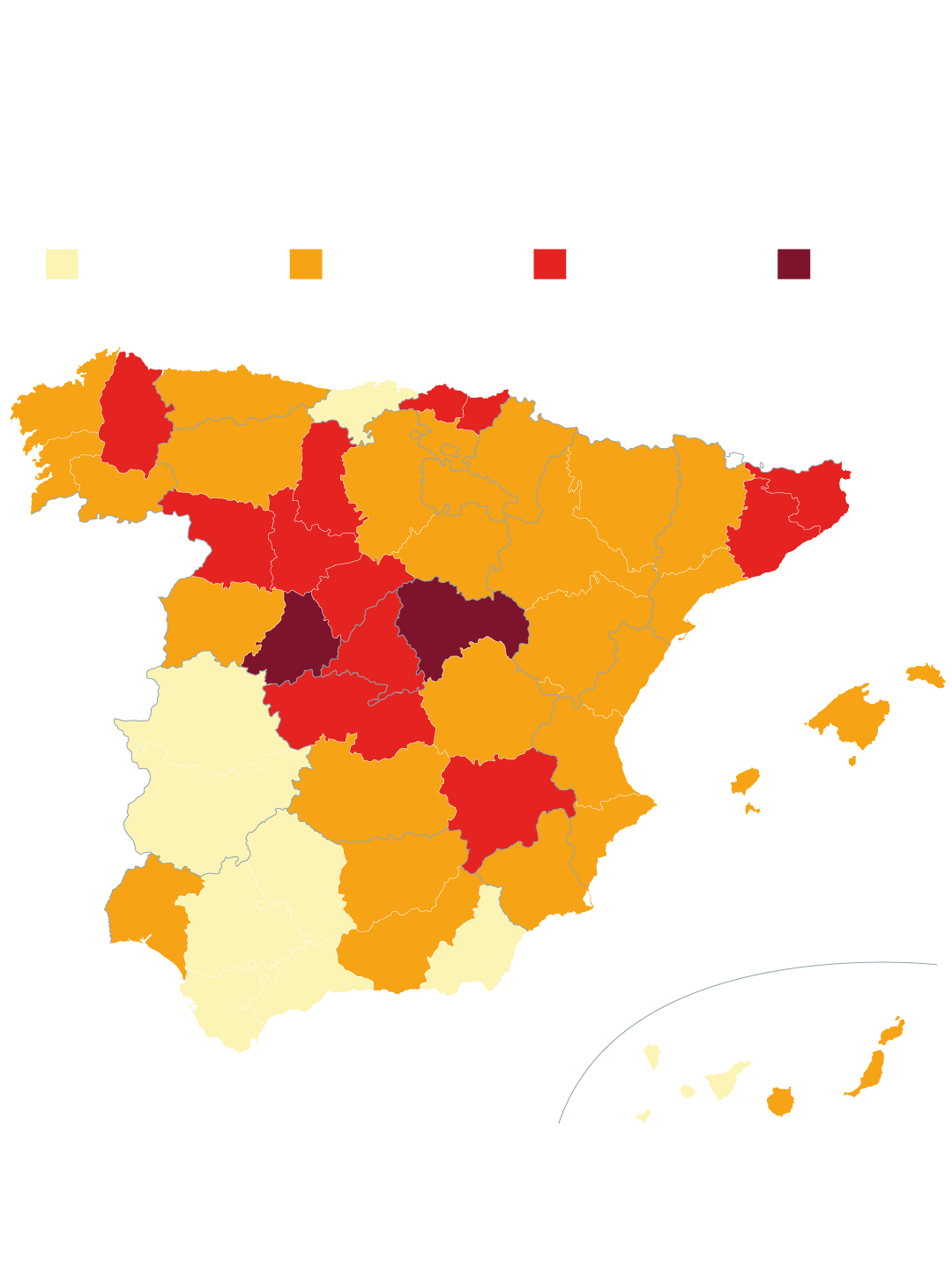 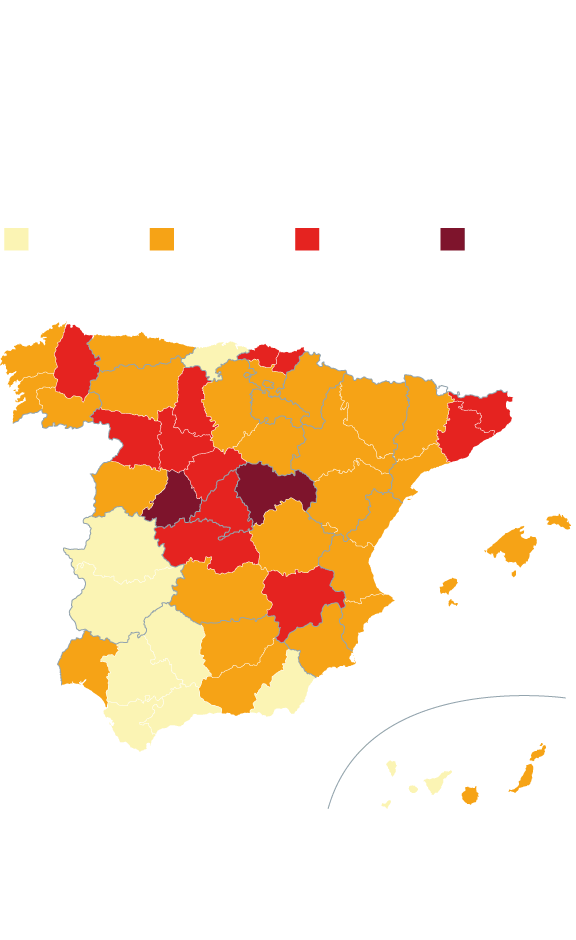 “The increase in cases is noted,” confirms Elijah Galan, Primary Care nurse in a center in Barcelona. However, “even if the symptoms match Covid, if the patient is young and has no pathologies, they are not tested for antigens, and they are framed with a cold or common cold, so we rule out a lot of people “, Explain.

The saturation inevitably also reaches the emergency services, as reported this week by the Spanish Society of Emergency and Emergency Medicine (Semes). «We have seen since May a tupward trend in respiratory conditions and atypical flu at this time of year. Although they are probably milder cases, we have endured a 40% increase in pressure on our services,” he explains. Nora Miguensspokesman for the emergency physicians.

Since the change in strategy and the ‘influenza’ by the Ministry of Health, it is difficult to get an idea of ​​what the real scope of the coronavirus is. To know beyond the incidence among people over 60 years of age, it is necessary to resort to other sources. The Canal de Isabel II, through the Vigía system, marked record levels of coronavirus in Madrid’s wastewater last Monday, even exceeding the levels recorded at Christmas.

SARS-CoV-2, towards a catarrhal coronavirus

“We are not far, although we are not yet at that point, from SARS-Cov-2 ending up being a conventional catarrhal coronavirus. like the other four coronaviruses catarrhals that we have, “explains to ABC the doctor Jose Luis del Pozo, director of the Microbiology and Infectious Diseases services of the Navarra University Clinic. The point to which he refers will come “when it stops causing serious illness, pneumonia, admissions and stays in the ICU and deaths.”

Regarding the possibility that Ómicron is the last variant of the virus, although it cannot be predicted, Dr. Del Pozo believes that the one that survives will be «the one that is best suited the human being”, and consequently, “the least aggressive”.

Other initiatives such as the CovidLot network, promoted by the Complutense University of Madrid, also confirm the upward trend in Covid cases. With a stable detection network that analyzes part of the university population through weekly tests, the 7-day incidence exceeded 5,300 positives per hundred thousand people at the end of this week.

“We are at the highest peak of all. Much worse than at Christmas, when we reached 4,000 cases,” he says. Jesus Perez Gil, professor at the Complutense Faculty of Biology and one of the promoters of CovidLot. “The problem is that we did not imagine that such a frequency of reinfection was possible. It was likely that we would have a last round of immunization after the vaccines, to finish immunizing ourselves more permanently, but this wave of infections is affecting many people who had Covid a few months ago, ”explains the professor. He acknowledges, yes, the fundamental role of the vaccine to prevent serious disease, but that “they are not stopping transmission.”

“People he has lost his fear, he no longer has too many precautions such as the mask, social distance or avoiding visiting closed spaces, and this is a danger for the appearance of any infectious outbreak, “explains Pérez-Gil. Along the same lines, Dr. Armenteros acknowledges that at the moment in which the use of the face mask has been “liberalized”, “we have lost the possibility of being in solidarity with others, with those who are healthy.” In his opinion, after the pandemic it was the perfect time to develop “the oriental culture of caring for others.”