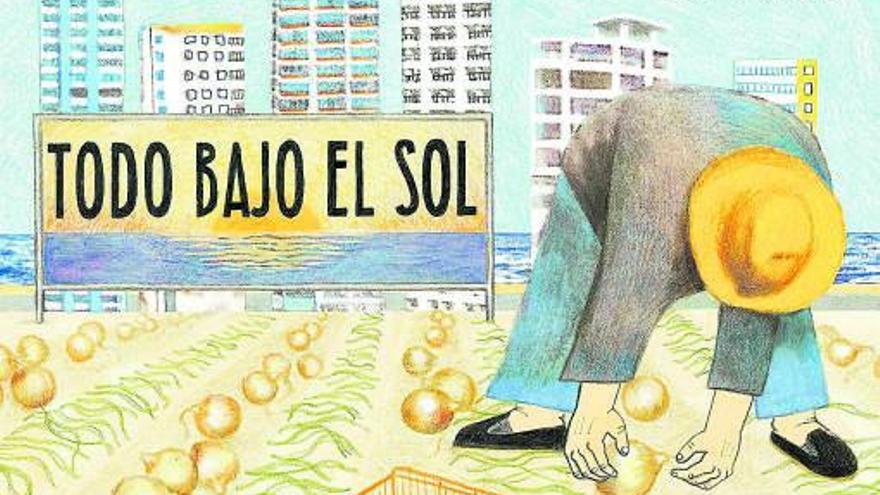 The story is well known: a End of the 50’s, Franco’s technocracy decided that the best The exit from autarky was to jump into the arms of the Swedes in search of the sun. It did not matter that the puritanism of the regime did not commune well with the excesses of the meat that the tourists in bikini showed: as long as the foreigners were the ones who showed muslamen and not the ones from here, you could turn a blind eye. Wallets grew fatter and the “miracle of tourism” took place: Spanish beaches attracted millions of foreigners and a concrete wall began to separate the coast from the towns, while Manuel Fraga He bathed undaunted, showing that not even the atomic bombs would stop the arrival of tourists attracted by the Spain is different. But the precious postcard had a price that today we begin to glimpse and that Ana Penyas analyzes in Everything under the sun (Salamandra Graphic). The highly anticipated new work by this author shows that the National Comic Award with We are all good it was just the announcement of an undiscovered career characterized by commitment and a personal and different conception of graphic narration. As in his previous work, Penyas makes a long chronological journey that begins in 1969 and ends today, looking at the lives of families living around the tourist boom, leaving the reader with data without pause: the dependence of work on the incipient tourism, the political corruption that was established around this industry, the “architecture of the sun” unleashed, the loss of hope of young people, the forgetting of traditional trades, the disappearance of the orchards … Penyas subtly distills realities and consequences, leaving the places, the streets and the fields to speak. We look at what people tell us, but they are the spaces that launch a forceful reflection. Perfect that special ability to give prominence to the scenarios, which narrate and tell their stories in parallel: those nameless places that can symbolize any town on the Mediterranean coast, the Cantabrian coast, the islands … No matter where, tourism is erasing slowly the peculiarities to create a homogeneous and empty image of life, only full of Sea, Sun, Sex and Sangria for all.

Everything under the sun is gradually building a devastating discourse in which there are no complaints or pamphlets, showing that, over the years, tourism has not been an option, but a reality that the people of the towns could not avoid: living off the thousands of tourists who visited the beaches was their only chance while politics took advantage of the situation, without having to think about a future resolved by a tourist manna that seemed inexhaustible and paradisiacal. An argument that faces the omnipresent cement and bombastic slogans with the only way out that people have left: resignation. A feeling that permeates each of the looks of the characters that Ana Penyas draws, defeated by an inertia that forces them to be part of the reality that takes them away and gradually replaces the life they could have had with that of a colorful cardboard stone postcard, where the Sun is eternal and flamenco is danced 24 hours a day. day.

But Penyas’s work does not end there: it also manages to show the deep roots of this culture of quick opportunity in our current society and that the disappearance of the neighborhoods devastated by touristification is only the result of those rains. The poisonous mud that reaches cities today is the updated and improved reading of the same phenomenon that transformed the white and sailor towns of the Mediterranean into emulators of the New York skyline. The passage of time has only changed the scales and the aesthetics, but the dynamics that permeated the advertisements of the 60s are what move the pages of tourist apartments today.

A reflection as necessary as it is brilliant.