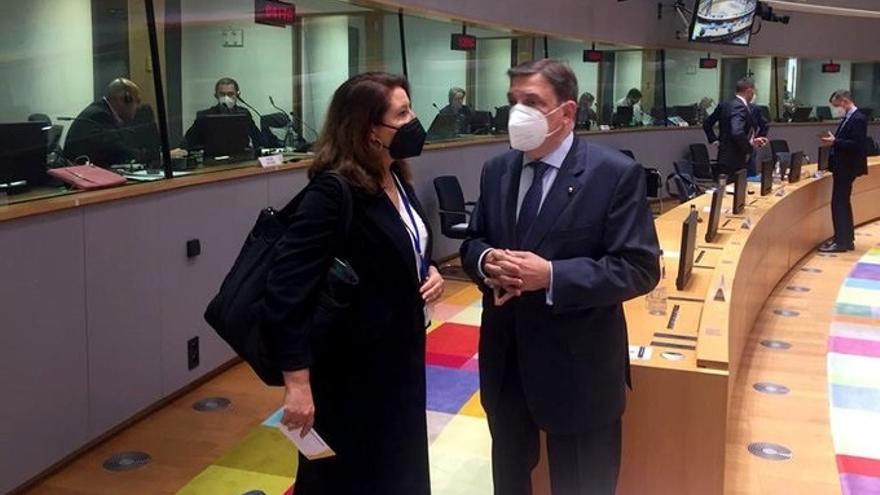 The fishing sector and the autonomous communities have rejected this Tuesday the agreement of the Council of Ministers of the European Union (EU) on catches for 2022, which reduces the possibilities in the Atlantic for species such as hake and reduces the days spent at sea Mediterranean.

The agreement, reached in Brussels in the Council held from Sunday to Tuesday, has been criticized by shipowners’ organizations, nautical graduates, by environmentalists and by the main fishing autonomies.

The pact reduces the catches of Iberian hake by 8% in Atlantic waters and it also reduces work days by an additional 6% for the Mediterranean fleet, which has already seen its working days reduced in recent years.

Spain voted against the part of the agreement relating to the Mediterranean, but supported and considered the regulation on the Atlantic satisfactory.

The general secretary of the Cepesca shipowners association, Javier Garat, has declared to Efe that the agreement is “bad, a new suit and a punishment” for the Spanish fleet.

He stressed that it is especially negative in the case of the measures for Mediterranean vessels, which have already suffered cuts in their working hours in recent years, plus the decrease in activity as a result of covid-19.

Garat has criticized that the European Commission has been “inflexible” after a very difficult year for reasons such as the rise in the price of diesel.

The reactions of the councilors responsible for Fisheries of Galicia, Rosa Quintana, and of Andalusia, Carmen Crespo, who traveled to Brussels to follow the EU negotiations, have also been negative.

Quintana has described the agreement as “scarce” and “limited” In most cases on catch limits, “only some proposals for cuts or stability in the quotas of other complementary or ancillary resources were softened,” according to a statement.

The representative of the Xunta “has disapproved” that Spain voted in favor of the general pact and only rejected the measures of the Mediterranean.

The Andalusian councilor has stated that the agreement implies “unaffordable cuts” especially for Mediterranean trawlers.

Crespo has regretted the “Insensitivity” and has criticized “certain indolence” by the European Commission in a context of maximum difficulty for a very vulnerable sector.

From the Basque Country, the director of Fisheries of the regional Executive, Leandro Azkue, has described the cut in the hake quota in Iberian waters as “bad news”, although he has pointed out that the outcome is still pending for the Basque fleet of the negotiations in northern waters, shared with the United Kingdom.

The Spanish Association of Nautical Fishing Graduates, based in Vigo, has criticized the outcome of the negotiations in the EU, which it has described as “cut-outs” and “circus”.

For this association, the result “repeats more or less the same ritual every year, allowing the rulers to make a triumphant reading of the process, the result of which is always to continue reducing the capacity of our fleet. ”

For opposite reasons, the environmental organizations Oceana and Our Fish-Seas at Risk have criticized the agreement, considering that governments “close their eyes” to overfishing, approving catches that exceed levels recommended by scientists.