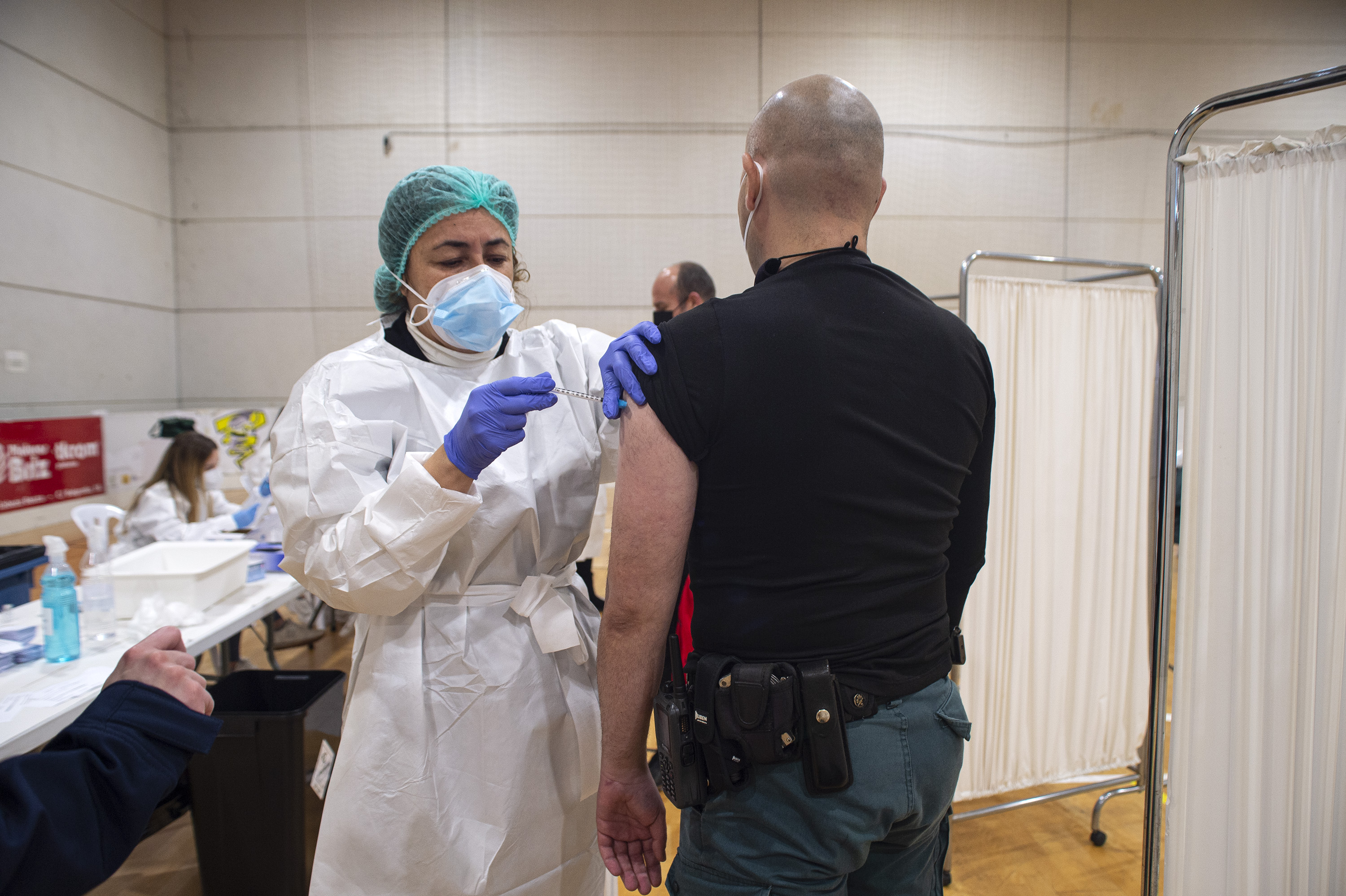 Stop in Europe to the immunization against the covid with the vaccine of the pharmaceutical AstraZeneca. Days after Denmark, Norway, Iceland and Ireland suspended the administration of the drug after detecting several cases of thrombi – blood clots – in people vaccinated with this drug, Spain, Germany, France, Italy and the Netherlands have joined this Monday to this temporary suspension of immunizations with the Anglo-Swedish company vaccine until the European Medicines Agency (EMA) clarifies whether or not the drug is related to the episodes of blood clots detected. The EMA, for its part, insisted on Thursday to continue with the vaccination by ensuring that there was no indication that it caused these adverse effects and indicated that the benefits of the vaccine continue to outweigh its risks. Spain has urgently called a meeting of the Interterritorial Health Council to announce the temporary stoppage of the immunizations of the Anglo-Swedish company.

In Spain there were already five autonomous communities that last week also decided to cautiously set aside the doses that remained unadministered from the batch investigated for possible adverse effects. This involves several hundred injections because the bulk of the batch had already been inoculated. Although Spain had always maintained, in line with the EMA and WHO guidelines, that vaccination with the AstraZeneca drug is safe, the cascade of advertisements from France, Italy and Germany, nevertheless, has precipitated the call for a urgent meeting of the Interterritorial Council to revert to the issue this afternoon. Sources present at the meeting have indicated that Health will collect information on possible adverse effects to identify a pattern or profile and depending on what occurs, resume vaccination, reports Isabel Valdes. As of last Friday, Health had delivered 1.7 million doses of the Astrazeneca vaccine to the communities and 814,000 had been inoculated.

The principle of prudence – “out of precaution,” justified French President Emmanuel Macron – has precipitated the decision of more European countries to stop vaccination with the AstraZeneca drug. “On the recommendation of the Minister of Solidarities and Health [Olivier Véran], and in conjunction with the French health authorities, the decision has been adopted, in accordance with our European policy, to suspend, as a precaution, vaccination with AstraZeneca, hoping to resume it quickly if the opinion of the European medicine agency allows it. We are guided by science and the competent health authorities, and within the framework of a European strategy. So we suspend until tomorrow afternoon ”, Macron pointed out this Monday during a press conference with the Spanish head of Government, Pedro Sánchez, at the end of a bilateral summit in the French city of Montauban.

For his part, the German Health Minister, Jens Spahn, assured this Monday that making the decision to stop vaccination “has not been easy.” Your department has decided to stop vaccinating both the first and second doses and will store incoming vaccines until they can be used again. Spanh explained in an appearance on Monday afternoon that the Paul Ehrlich Institute, the public center specializing in vaccines and biomedicine, has recommended momentarily halting vaccination as it cannot completely rule out the connection between reported cases of thrombosis and the administration of the vaccine. Germany has so far used 1.6 million doses of the AstraZeneca preparation, despite receiving more than double that.

“It is a purely preventive measure,” said Spahn, which will allow experts to carefully review incidents. Initially, Angela Merkel’s government decided not to suspend vaccination when several states announced last week that they would do so. In fact, Spahn stressed on Friday that a causal relationship between vaccination and thrombosis had not been proven. The minister mentioned that a common decision is expected from the European Medicines Agency on how to proceed “in the course of this week.” Austria, Latvia, Estonia, Lithuania, Luxembourg, Italy and Romania also stopped vaccination last week with a specific batch associated with these possible adverse effects after administration of the vaccine.

Both the EMA and the World Health Organization have insisted that there is no reason to stop administering the vaccine from the Anglo-Swedish company. As of March 10, 30 cases of thromboembolic events had been reported after administering nearly five million doses in the EU, a figure that is not higher than expected in the general unvaccinated population. “Events involving blood clots, some with unusual characteristics like low platelet counts, have occurred in a very small number of people who received the vaccine. Many thousands of people develop blood clots annually in the EU for different reasons. The number of thromboembolic events in general in vaccinated people does not seem to be greater than that observed in the general population ”, the EMA insisted on Monday in a statement.

Although the investigation is ongoing, the EMA has insisted that it “maintains the view that the benefits of the AstraZeneca vaccine in preventing COVID-19, with its associated risk of hospitalization and death, outweigh the risks of side effects.” The European agency has explained that this Tuesday it will meet to review “more thoroughly the information” received and on Thursday it will announce its resolution.

The WHO insists that there is no evidence that it is the vaccine that causes the thrombi. “At the moment we have not found that there is a relationship between the vaccine and the cases of thrombosis detected. In fact, thrombosis rates among those vaccinated are even lower than among the general population. No drug is 100% safe, but you have to consider the benefits of vaccinating the population against a disease that we know is killing millions of people around the world [el coronavirus]”Said Soumya Swaminathan, WHO chief scientist.

“The decisions of France, Germany and other countries seem puzzling. The data we have suggests that the number of adverse events related to blood clots is the same (and possibly, in fact, lower) in the vaccinated groups compared to the unvaccinated populations, ”said Dr. Michael Head, Principal Investigator in Global Health at the University of Southampton, to the SMC portal. “Stopping the launch of a vaccine during a pandemic has consequences. This results in delays in protecting people and the potential for doubts about vaccines to grow, as a result of people seeing the headlines and understandably worrying. There is still no indication of any data that really justifies these decisions ”, he assured.