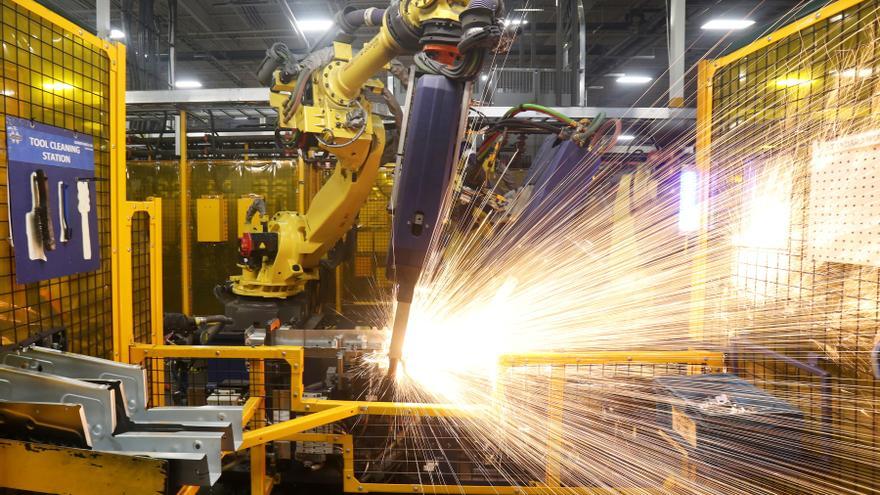 After months of tough negotiations, Brussels approves the first of the ‘megaprojects’ with public funds designed by the Spanish Government. The European Commission has approved the public aid scheme contemplated in the strategic project for the economic recovery (PERTE) of the automotive sector, which serves to pave the way for the rest of PERTE that the Government of Pedro Sánchez prepares as major driving initiatives contemplated in the Recovery, Transformation and Resilience Plan, as reported The newspaper of Spain.

The European Commission confirmed this Thursday the approval of the 3,000 million euros in aid for the PERTE of the electric and connected vehicle, which will be financed with funds from the European Union Recovery and Resilience Mechanism. Aid that will serve to support research, development and innovation (R + D + i), as well as the protection measures environment and energy efficiency of companies in the value chain of electric and digitally connected vehicles.

Brussels gives the ok to the public aid of 3,000 million euros contemplated in the industrial part of the megaproject. These aids will be completed with another 1.3 billion of public money articulated through the aid of the Plan Moves, the Program Moves Singular Projects, the technological program of sustainable mobility of the CDTI, artificial intelligence and connected vehicle, until reaching 4,300 million. The Government’s objective is to mobilize investments of more than 24,000 million until 2023 between public and private investments.

The European Commission guarantees that these public aids are granted through a competitive selection process and in the form of direct grants and preferential loans on favorable terms. When President Pedro Sánchez presented the project last July, even though it was not yet underway, he surprisingly anticipated the leading participation in the PERTE of Seat and of another fifteen companies, among which were Iberdrola, Telefónica or CaixaBank.

The aid must be open to consortia of both Spanish and foreign companies. Each consortium must include companies active in different sectors related to electric and connected vehicles, and at least 40% of the partners must be small and medium-sized companies (SMEs).

“This Spanish plan of 3,000 million euros will contribute to making possible an innovative and sustainable value chain for electric vehicles, in line with the rules on state aid and the objectives of the European Green Deal”, commented the Community Vice President responsible for Competition, Margrethe Vestager.

Last summer, the Government approved the first of the key strategic megaprojects to promote key and transformative areas of our economy with European funds as a billion-dollar boost. The automotive PERTE aims to create a European electromobility hub with aid and investment throughout the value chain (research, manufacturing, assembly, production of batteries for electric cars, development of the recharging socket network …) and linking it to the connectivity push of 5G and artificial intelligence.

The approval by Brussels supposes the oxygen balloon for the Spanish Government by giving a boost to the rest of PERTE in the portfolio. The Executive has been pressing the European Commission since the summer to clarify once and for all the framework of public aid that can be used in the mammoth projects of the PERTE and set the limits for which grants may be distributed without having to go through the Brussels filter and without having to have their formal approval.

Until now, the nerves in the Executive are evident and in these months Brussels has been rushing to be able to carry out the rest of PERTE designed by Spain and avoid the bottleneck that was supposed to have to request permission for each subsidy. As confirmed by government sources, the approval of the Commission to the aid of the automotive PERTE will serve to use it as a model for the rest of strategic projects in portfolio.

The Government has confirmed its intention to carry out several PERTEs. In addition to the connected vehicle program, Spain has approved the state-of-the-art health PERTE, has announced another mega-project around the new language economy to promote Spanish in science, artificial intelligence and in the cultural industries. And Spain also has under study the aerospace PERTE and that of an intelligent and sustainable agri-food, and the Executive has shown interest in promoting other PERTEs of artificial intelligence and green hydrogen.

These projects were waiting for the European Commission to say yes to the automotive PERTE to serve as guide to establish public aid for everyone else. Hence the pressure to achieve some laxity in the distribution of aid, which has been exercised by the Ministries involved in the approval of the pending PERTEs, and which the Government has also been entrusting to other Spanish institutions and regulators in each meeting that they maintain with representatives of the European Commission.

Difficulties in launching projects is paradoxically in the rules themselves European countries, because the State Aid Framework limits the amount of public resources that can be used to support business investments without prior approval from Brussels. The Spanish Government negotiates with Brussels precisely how to articulate the aid of the PERTE within that Framework to facilitate large calls, according to sources familiar with these conversations.

The calendar that the Ministry of Industry manages is to approve the call for aid in December, give a deadline until February 2022 for the companies to present their applications and in July proceed to the resolution of the granting of the aid. In July, just one year after its approval by the Council of Ministers.