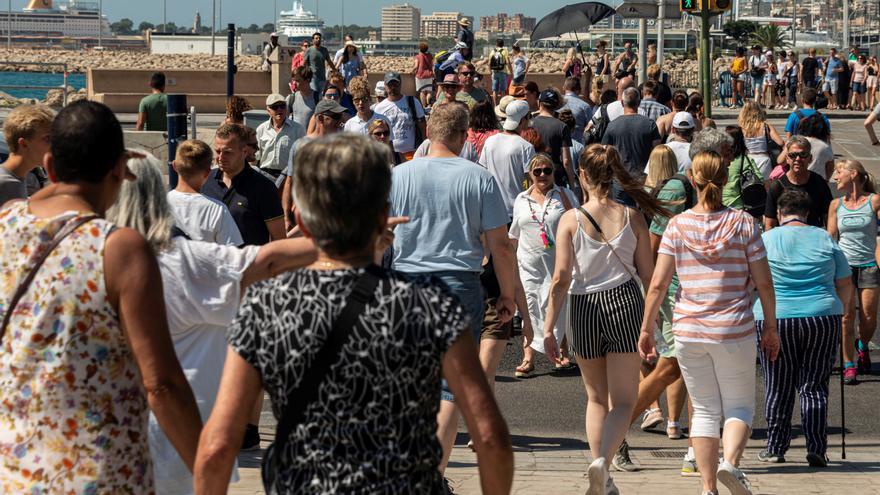 The Spaniards traveled in the third quarter of the year, in summer, a 23.6% more than a year before, until 57 million trips were completed, especially to national destinations (in 94.4% of the cases).

At the same time, spending on these trips totaled 16,718 million euros, 55% over the summer of 2020, according to data from the Resident Tourism Survey published by the National Institute of Statistics (INE).

The figures reveal that the Spanish continued to choose in the summer of very majority by national destinations but the internationals, although still far from the pre-pandemic figures, are regaining weight.

In addition, in the case of national trips -with an average daily expense of 44 euros– mostly stayed in the homes of relatives and friends and used the private vehicle. The preferred destinations were Andalusia, Catalonia and the Valencian Community.

Travel abroad, less than half of 2019

The trips abroad continue to suffer the effect of uncertainty around the measures of the different countries. Although they rose 112% over 2020 (from 1.5 million to 3.2 million), they are still less than half of those recorded in the summer two years ago (7.27 million).

Conversely, the least travelers were residents of the Canary Islands (741 trips per 1,000 inhabitants), Valencian Community (946) and Galicia (957).

If the month of June is added, residents made 23.2 million summer vacation trips, 41.9% more than the previous year and 2.3 million less than in 2019.

Leisure and vacations were the main reason for 59.7% of trips in the third quarter (with an increase of 26.2%) and visits to family or friends, which represent 32% of the total, registered an annual growth 19.6%.

In 41.3% of the trips (22.2 million) with a domestic destination residents stay with family or friends, with an annual increase of 11.2%.

Meanwhile, in trips abroad, market accommodation is the preferred option (59.6% of trips), with an increase of 107.2% compared to the third quarter of 2020.

More than 100 million trips in January-September

Between January and September 2021, internal destination trips by residents who stayed in the homes of relatives or friends increased by 18.6%, while trips abroad in hotel accommodation decreased by 18.4%.

On internal trips, accommodation accounted for the highest percentage of spending (29.3% of the total) followed by that carried out in bars and restaurants (26%), with increases in both cases around 50%.

By destination communities, the highest average daily expenses were registered in trips to the Canary Islands (73), the Balearic Islands (70 euros) and Navarra (52). The lowest values ​​were in Murcia (29), Castilla y León (30 euros) and Castilla-La Mancha (33).

By autonomous community of origin, the highest average daily expenditure was made by residents of the Canary Islands (59 euros), Cantabria (56) and Galicia (53) and the lowest were recorded in Murcia (35 euros), Valencian Community (40) and the Basque Country (41).