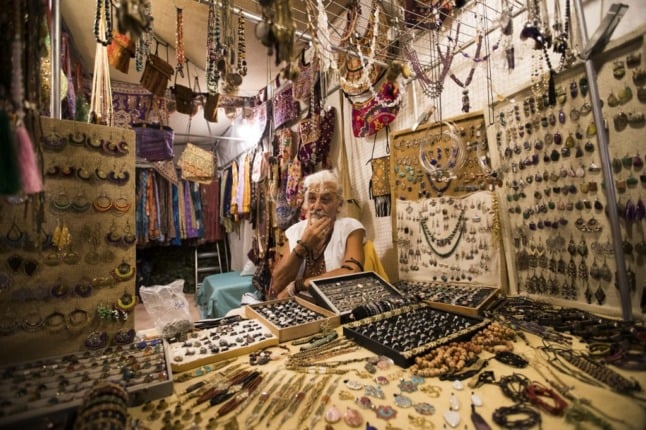 The Spanish government confirmed on Thursday that its next 2022 budget will include an increase in fiscal contributions for the country. autonomous (self-employed).

The budget approved by the Council of Ministers of Spain reflects the increase in the minimum contribution to € 960.60 per year, at a rate of 30.6 percent, which represents an annual increase of € 96.

The self-employed who have been registered as self-employed for a couple of years currently pay an average of € 286 per month, while the new autonomous pay monthly contributions of € 60 during the first year, a figure that then progressively increases.

The change will affect almost 2 of the roughly 3.2 million self-employed in Spain, including many foreign workers.

It is estimated that the increase will allow the Spanish government up to an additional 173 million euros in social security contributions.

It is understandable that the self-employed have stood up to the proposal.

The announcement at the end of September that the Spanish minimum wage would increase by 15 euros per month with immediate effect had already alerted the autonomous associations that this would mean an increase in the monthly contributions of the country’s self-employed.

This is the case because the Spanish minimum wage establishes the minimum social security contribution base for workers, but since salaried employees have social security paid by their companies, only the self-employed will feel this small pinch.

National of Spain autonomous The ATA association had estimated that the increase would be “between € 3 and € 12” before the Spanish Social Security confirmed on Thursday that it would be € 8.

Another group of self-employed workers, the Union of Professionals and Self-Employed Workers (UPTA), has denounced the increase in contributions at an economically precarious moment in which Spain begins its Covid-19 economic recovery.

“We do not understand the repeated refusal of the Ministries of Economy and Finance to put a stop to one of the greatest fiscal injustices suffered by the self-employed group,” said the president of UPTA, Eduardo Abad.

“We are amazed,” he continued, “that no political party has taken a single step to try to fix it.”

Lorezo Amor, president of ATA, another prominent group of freelancers, also criticized the timing of the measure: “There is no doubt that this is not the best time to increase the quotas for freelancers,” he said.

The government, however, claims that the increase in both base levels, the minimum and maximum contributions, are in line with inflation forecasts and do not represent, according to the Minister of Social Security, Israel Arroyo, an “increase in real terms” .

The increase, which is expected to take effect from January 1, 2022, will affect most self-employed workers by an average increase of 8 euros per month, with a cap of 294 euros per month for people with older income.

Self-employed workers in Spain pay some of the highest rates in Europe, well above those in the UK.

However, these freelancers will now have to pay more, regardless of their income and post-pandemic uncertainty, and both freelancers and unions believe the change is fundamentally unfair. “Those with lower incomes are harmed,” said Abad, “since they have to make a tax effort that is beyond their means.”

READ ALSO: Self-employed in Spain – What you should know about being self-employed