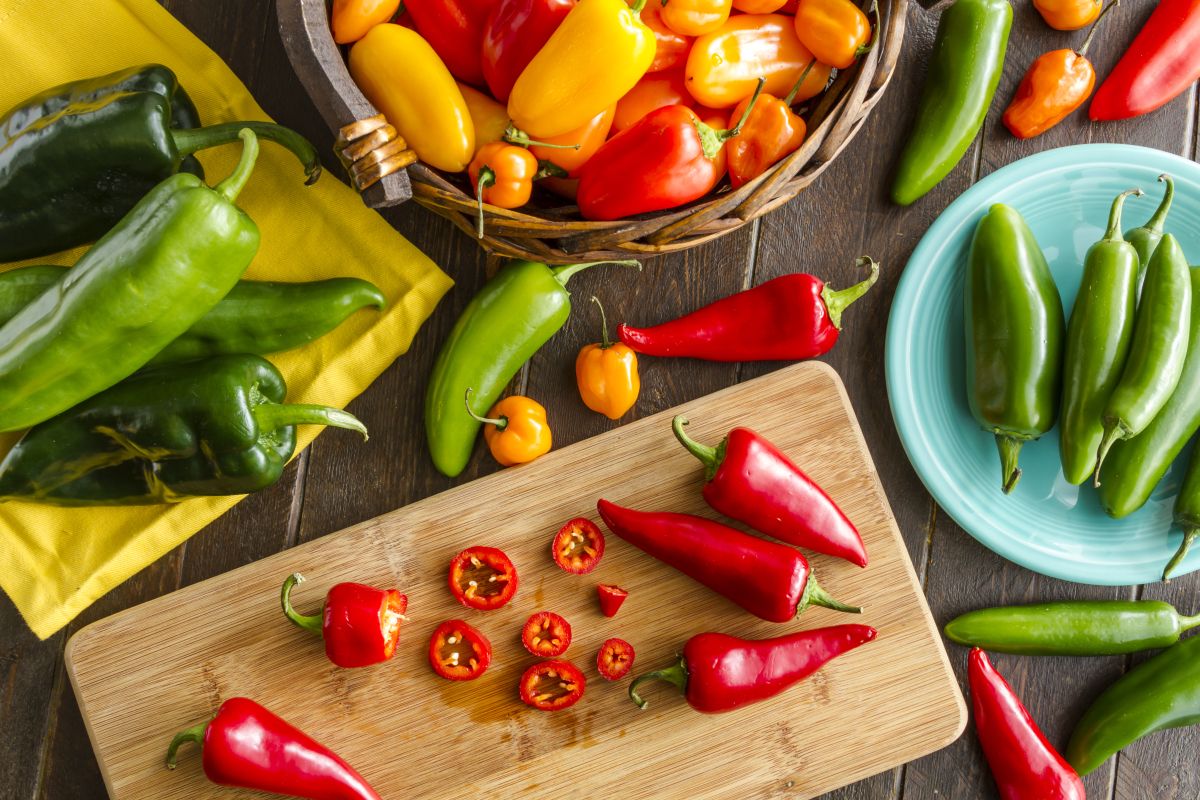 It is true that spicy is not for everyone normally you love it or hate it. For those who consider themselves lovers of adding a hot touch to their meals we have news: eating a lot of hot peppers regularly can increase a person’s risk of cognitive decline.

It is true that many populations and cultures throughout the worldthey add hot peppers to their typical dishes, is a custom that is part of their local traditions. They do it with the aim of enhancing the flavor and making the culinary experience more forceful. While it is undeniable to say that bell peppers and chili peppers are a healthy food and are associated with health benefits, eating the spiciest and in excess could cause serious and immediate damage. For example, in 2018, a man in the United States who ate a Carolina Reaper as part of a challenge in a hot pepper eating contest ended up in the emergency room with a devastating and debilitating headache.

However, most people don’t go for the extreme versions of chili peppers. Most cuisines use much milder varieties, which are still very hot, such as jalapeños, cherry peppers known as “Golden Cherry”, cayenne peppers, Scottish chilies (Scotch Bonnet) and habaneros. .

The first thing that is important to clarify is that there is scientific research and studies on the potential health effects of chili peppers that have yielded positive results. A large study from 2017 found that eating red hot chili peppers was associated with a lower risk of mortality.

The main active ingredient in hot peppers is capsaicin which is also responsible for its degree of spicinessIn fact, this compound has been shown to play a leading role in the potential effect of hot peppers on health. Despite encouraging findings about the association between chili peppers and mortality, no human studies had seriously evaluated how these spicy vegetables could affect cognitive decline.

The findings of the study conducted on a large sample of the Chinese population suggest that Consistently eating a large amount of chili could accelerate cognitive decline, increasing the risk of dementia in people. The research was published in an article in the journal Nutrients and involved 4,582 Chinese participants over 55 years of age. The research team was led by Zumin Shi, PhD from the University of Qatar, in Doha.

The scientific references available support that the consumption of chili is beneficial for body weight and blood pressure. However, in this Chinese study, a disadvantage was found and they are Adverse effects on cognition among older adults. The researchers found that people who ate more than 50 grams of chili per day on a regular basis they had almost twice the risk of cognitive decline as people who ate less than this amount of chili.

The researchers conducted various dietary surveys and found that the intake of spicy in the participants, included both fresh and dried chilies; but it did not include sweet pepper or black pepper. The team also noted that participants who generally ate a greater amount of chili tended to have a lower financial income, as well as a lower body mass index (BMI). However, it was also recorded that they were people who presented higher performance in physical activity, compared to people who ate a lower amount of chili. Fat intake was similar between the two groups.

Among the most relevant findings, the researchers suggested that people with a healthy BMI may have a greater sensitivity to capsaicin than those who are clinically overweight. The increased sensitivity, according to the team’s findings, may also explain why these people may have a increased risk of cognitive decline.

Dr. Shi and his colleagues also found that people who ate the most chili tended to be younger than people who didn’t eat chili. Furthermore, according to the researchers, there was no association between chili consumption and BMI or hypertension in this population, and therefore it is possible that older people tend to avoid chili consumption due to chronic illness. Above all those related to digestive and intestinal health, as is the case with inflammatory bowel diseases.

There is another relevant study, led by scientists from the University of South Australia. Researchers found in a study that spicy foods could be linked to dementia after it is evidenced accelerated cognitive decline in people who usually follow a diet with a high consumption of spicy foods.

While there is still a lot of scientific work to be done, these kinds of findings come as a good suggestion and invite us to make sustainable adjustments to the diet. Especially taking into account information released by the World Health Organization (WHO), which warns about the increase in cases of dementia: it is estimated that it affects 50 million people in the world and every year 10 million new cases are registered.