Spotify and FC Barcelona today signed a historic agreement that is going to change a lot of things at the Catalan club.

The Swedish multinational will begin to be present on the team’s shirts from next season, 22/23, for the next 4 years.

Furthermore, for the first time in its history, FC Barcelona accepts a Title Partner, that is, a sponsor in the name of the stadiumwhich from now on will be called Spotify Camp Nou. 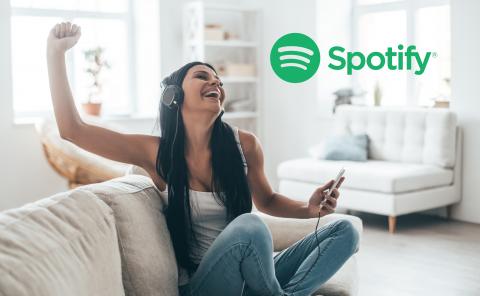 As explained by the club in the press release, Spotify has become the Club’s Main Partner and Official Audio Streaming Partner.

Although the terms of the contract have not been made public, as Cadena Ser has learned, FC Barcelona will receive some 70 million euros a yearfor four years, variable according to objectives.

The deal is not just about putting the logo on the jersey or the name of the stadium. Both entities will create a new platform to help artists interact with the global community of FC Barcelona fans.

FC Barcelona and Spotify will work to use the stadium’s audiovisual media and spaces to present and amplify the work of different artists and connect with Barça’s global audiences through television.

“We are very proud to be able to announce a pioneering alliance with a worldwide reference entity such as Spotify. This union will allow us to continue bringing the Club closer to its fans through unique experiences, combining entertainment and football to reach more people around the world“, declared the president of FC Barcelona, ​​Joan Laporta.

Alex Norström, Commercial Director of Freemium, Spotify has said that “We couldn’t be more excited to partner with FC Barcelona to bring the worlds of music and football together. Starting in July, our collaboration will provide a global stage for artists, creators, gamers and fans at the new Spotify Camp Nou“.

And he concludes: “We’ve always used our marketing investment to amplify content creators and artists, and this partnership will take this approach to a new level. We are delighted to create new opportunities to connect with FC Barcelona fans around the world.“.