What a difference three days makes in the Premier League. We had all barely finished jumping for joy from the historic 3-2 win away to Man City when we reverted to type and slumped to a woeful 1-0 defeat at Burnley on Wednesday night.

This loss was our fourth in the last five Premier League games, with the Etihad win serving as only a brief respite surrounding otherwise abysmal form.

However, while we have come to expect disappointing defeats in the league this season, what was particularly shocking about Wednesday night’s loss at Turf Moor was Antonio Conte’s post-match press conference. 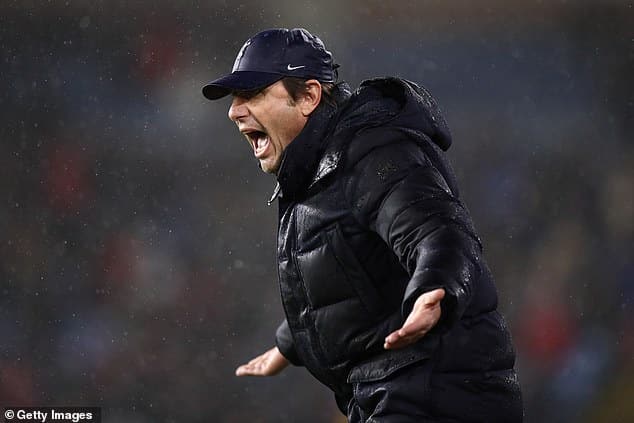 The Italian head coach took the chance to bare his soul to the media, hitting out at the poor performances, his own management, and even appearing to hint that he would be open to parting ways with the north London club.

Conte said: ‘I have to talk to the club I am too honest to close my eyes and continue in this way, and also take my salary. I want to take my responsibility. I am open for every decision because I want to help Tottenham.

‘Four defeats in the last five games, this is the first time in my life this type of situation has happened. This is unacceptable.

‘I came in to try and improve the situation with Tottenham but maybe in this moment, I am not so good to improve it. I’m trying to do everything to change the situation, but the situation is not changing.

‘Someone has to speak about the race for the fourth place, and the reality from the last five games is we have to pay attention to not fight for the relegation zone. This is the truth, this is the reality, and when this type of situation happens, maybe there is something wrong.

‘I’m too honest to close my eyes and to continue to say, ‘OK I want to finish the season in this way and OK my salary is good’. I want to make an assessment with the club.’

Conte tried to justify his comments on Friday, insisting he is committed to Tottenham and is ‘in the same boat’ as those above him.

‘In this moment I guarantee the best commitment that I can give to this club,’ he said. 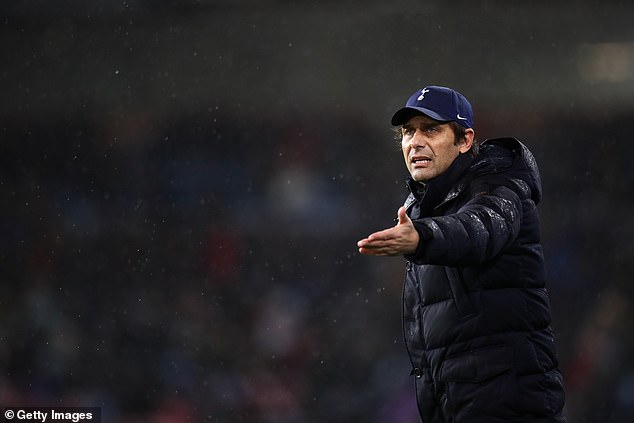 ‘I have another year of contract with this club but you know very well that football is very strange. You can have three, four years of contract and the club can sack you.

‘The most important thing is that I am enjoying my time with this club. I think that we are working very well.

‘Now it is very difficult to answer this question. But for sure, I am working to improve the club in every aspect.’

He later added: ‘Me and the club we stay in the same boat. Until the last day I stay here, I will help the club to improve.’

But ultimately the Italian stopped short of guaranteeing he will not leave before the end of the season. And while some of us will dismiss his Burnley rant as emotional and overdramatic after yet another frustrating defeat, there is still definitely a lot to unpack from his words. 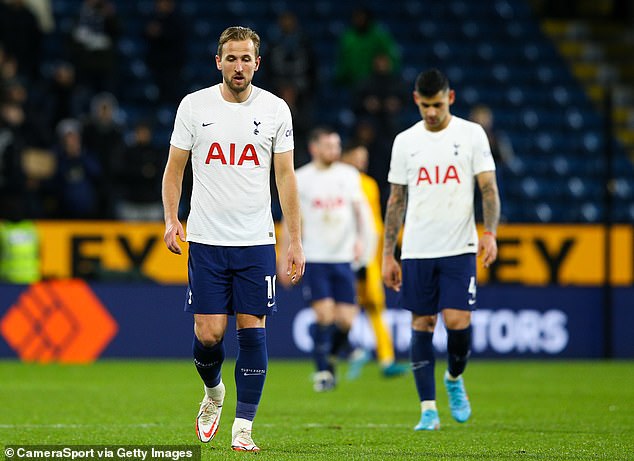 This loss was our fourth in the last five Premier League games, with the Etihad win an anomaly

I think the vast majority of our fanbase, no matter whether they are ‘ENIC In’ or ‘ENIC Out’, will agree that Conte made a lot of fair points. The former Inter Milan boss was hired to turn things around in north London and has made a career changing fortunes in a very short space of time.

Every single fan is fed up with the lack of success on the pitch over the past 14 years. This only becomes more frustrating when you have the perfect manager to achieve that success but the ownership may not match his ambition.

However, after an initially positive honeymoon phase, which we often see under new managers, we seem to be reverting to type. The same old problems we saw under Mauricio Pochettino, Jose Mourinho, Ryan Mason and Nuno Espirito Santo are rising to the surface once again.

As Conte put it: ‘The situation, the players are always the same. This club changes coaches but the players remain the same. But the result doesn’t change.

Conte is bang on the money here. We have seen the same old problems under the past five managers. What’s more, it has been the same group of players making the same old mistakes. As the old Einstein quote goes: ‘insanity is doing the same thing over and over and expecting different results.’

Yes, Conte arrived in north London with a pedigree of not only turning teams around, but winning major silverware in the process. However, in order to do this, he has often relied on a big budget and open-minded owners who are not afraid to say, ‘how high’ when the Italian tells them to ‘jump’.

While some are reading his quotes as a cry for help and a clear desire to duck out of his north London project as early as possible, I see it as something else. I think Conte is issuing his clearest message yet to the board, the players and the fans. This is not good enough and things will only change with hard truths. 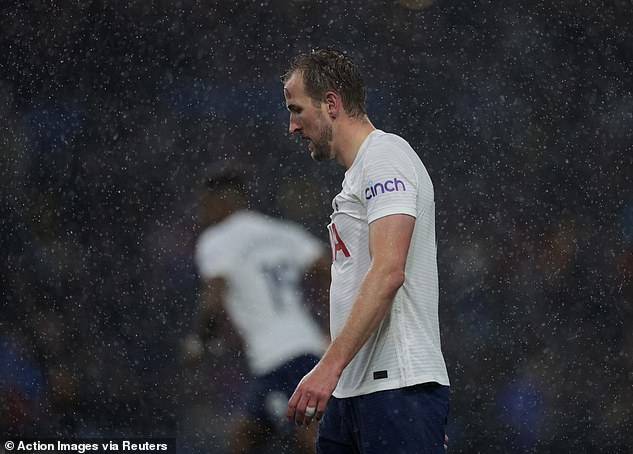 I think Conte is issuing his clearest message yet to the board, the players and the fans

Conte knows which players he does not think are good enough. He knows what mistakes are being made. He knows the limitations of the current squad.

And he knows exactly what we need and how much they must spend to turn things around. It really comes down to whether ENIC and Levy have the funds and the mindset to follow Conte into battle.

To say that we are at a crossroads is false. They have been parked at that junction for at least three years now. This is more like a sharp corner. ENIC and Levy must either navigate it with Conte as their guide, or face plunging off a cliff in terms of on-field success and fan patience. 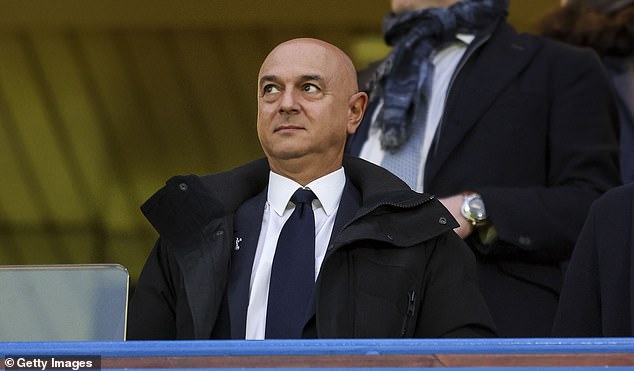 If you bring in Antonio Conte to turn things around and win silverware, only to lose him within six months because he doesn’t believe you will back him… that is hard to come back from as an owner, especially with the already tense relationship between ENIC and the fans.

I could be wrong about Conte’s intentions with these quotes, but I feel it has to be one of three things.

One, they were simply overemotional ramblings of a passionate man who is used to winning. Two, Conte does actually want out of Tottenham as he cannot see things turning around. Or three, as I said above, he is sending out a cutthroat message to the board, players and fans. 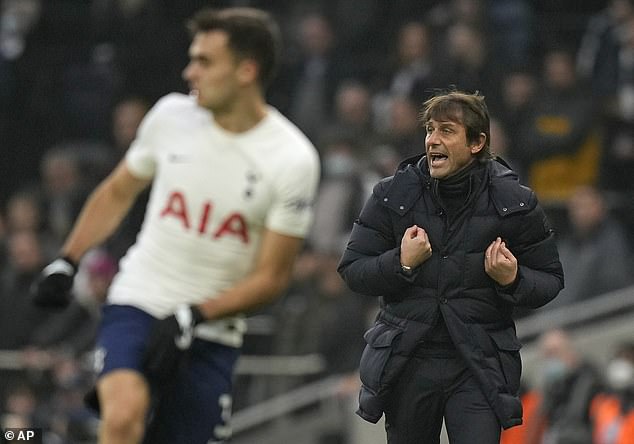 Either buy into Conte’s bullish methods, or watch another half-hearted rebuild crumble

I was extremely excited by our January transfer window, not necessarily because of the signings of Dejan Kulusevski and Rodrigo Bentancur, but because of the outgoings. It seemed to me as if Levy was buying into Conte’s philosophy and getting rid of any player the Italian didn’t want, including some big names.

Tanguy Ndombele, Giovani Lo Celso and Dele Alli all walked out the Hotspur Way doors, hinting that Spurs may actually back a complete overhaul under Conte.

Fast forward a few weeks and we seem to be balancing on a knife-edge. Either buy into Conte’s bullish methods and hand him the keys to the city, or watch another half-hearted rebuild crumble… and likely ENIC soon after.