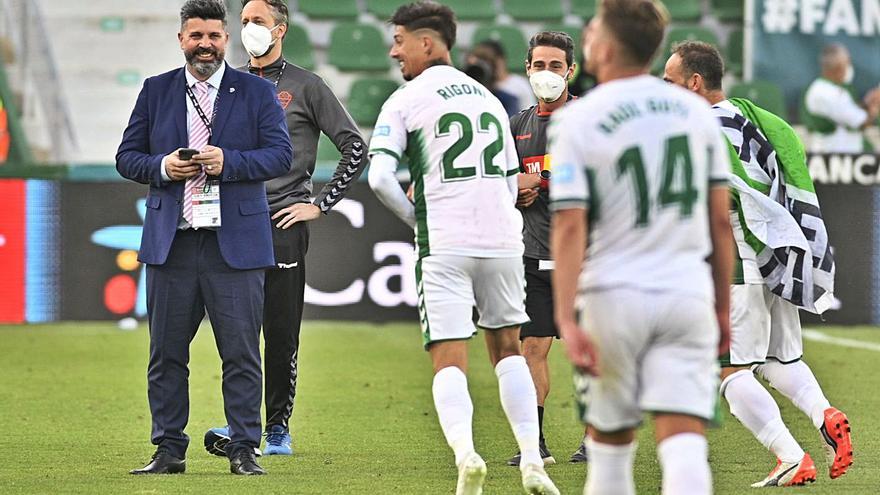 The footballers will distribute 2.5 million while the coach and his assistants will receive 500,000. An award that, without a doubt, the Argentine investor will be delighted to pay, because continuity in the top category represents a very substantial increase in income compared to the Second Division.

Last season, the Elche players received six million euros for the promotion, which were paid in two installments: one at the beginning of April and the other in the first days of May. That money was already accounted for in the season’s budget and was paid on those dates because the players agreed so that in the first months of the season the club could have liquidity for other payments. As money from television is received on a monthly basis, it was calculated that for those months there would be no cash problem.

With regard to the new premium, it is expected, as happened last season, that the assistants and workers of the club also receive a small amount of the distribution of the workforce. In addition, it is expected to be paid next season in order to close the current financial year in positive numbers.

Money is always well received, but a stay in the First Division always has an important impact on a sporting level, because footballers are revalued and, if they do not continue in Elche, they will have more facilities to find a new destination.

The players, coaching staff, assistants, sports commission, workers and managers met on Saturday night at La Masía de Chencho restaurant to celebrate a dinner for salvation. The club also invited all the couples.

It was a festive evening in which Bragarnik was especially happy. For the growth of your project, continuity in the League of Stars is very important, since this will mean maintaining the economic stability of the entity.

The president, Joaquín Buitrago, was also present, as were other members of the board of directors, such as Alejandro Martínez, who has been acting as general director since Patricia Rodríguez’s departure last February; or Julio César Giner. Both are part of the law firm that managed the purchase of the majority package of shares from José Sepulcre, who was not present at the dinner on Saturday.

In addition, Bragarnik invited several Argentine friends who are the ones who accompany him in Elche’s lands.

Joy and happiness was the predominant note. Music and dancing were not lacking. Josan and Pere Milla were among the most animated footballers. The largest shareholder was also recording a good part of the celebration with his mobile, especially when the song “Maradona-La Mano de Dios” sounded. It should not be forgotten that Christian Bragarnik acted as representative of the Argentine star in recent years and was very affected by his death.

The curfew of 12 at night forced to cut the music earlier than many would have liked, because surely the evening could have been lengthened during the early morning.

Holidays until the first week of July

Elche players are already on vacation. This week they will no longer train and, in principle, they will not do so until the first week of July. The next league is scheduled to start in mid-August, so it is normal to have about five weeks of preseason. The footballers will be able to enjoy a well-deserved rest, since last season they only had nine days. After achieving promotion on August 23, they began the preseason at the beginning of September.