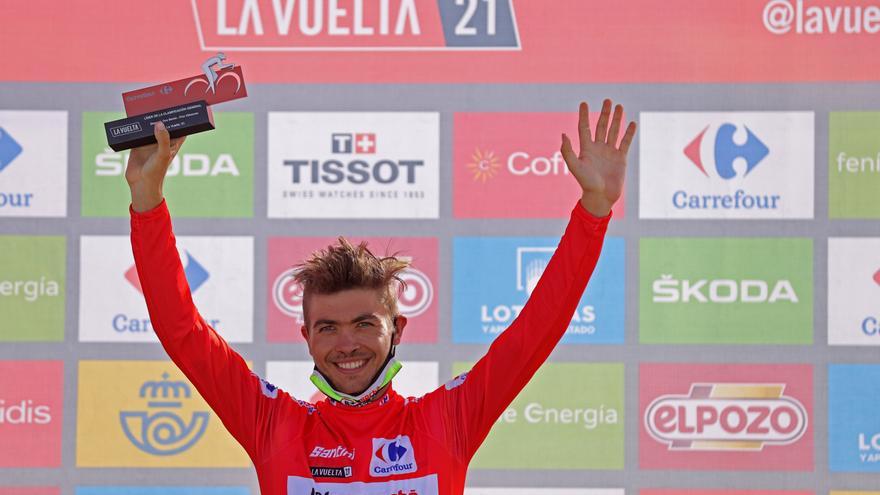 A stage of a high level of demand, although without major ports, closes the second week of the 76 Vuelta in a day in which the leaders will have the leading role and depending on the effort they put in, it will be the one that will mark the differences in the classification.

This fifteenth stage, of 197.5 kilometers, He will leave from Cáceres to quickly enter the province of Ávila, where it will run through a demanding terrain marked out by four ports, although the arrival will be in the town of El Barraco.

The day is conceived as a tribute to the innumerable high-level cyclists that El Barraco and its surroundings have given, with names such as Ángel Arroyo, José María Jiménez, Carlos Sastre or Francisco Mancebo, and the cradle in which the Carlos Sastre Foundation is based, from which future promises of cycling continue to emerge.

In recent years, the roads of Ávila have been part of some of the most remembered stages in the history of the Vuelta a España and in which this Sunday a great day of cycling can be relived again.

The four ports that the peloton must face in this fifteenth itinerary of the Vuelta do not attract special attention because they have spectacular ramps due to their unevenness, although in some specific cases they reach up to 11%, but rather because of their length, since the first two add 30.5 kilometers of continuous ascent.

Thus, most of the 3,640 meters of accumulated unevenness of the stage will be overcome by cyclists in the last 127.5 kilometers.

The stage triumph, unless a getaway consented more by an error in which time control comes to fruition than by the strength of its components, it must be for the first swords.

Primoz Roglic (Jumbo) can add their third stage victory in this edition at El Barraco, although the Movistar Enric Mas and Miguel Ángel López, the Ineos-Grenadier Egan Bernal y Adam Yates, O Jack Haig (Bahrain) will try to prevent it.

The sports director of La Vuelta, Fernando Escartín comments that it is a “long and very mountain” stage with four ports that must put the squad to the test, although a sprint due to the partial victory “among the roosters” is foreseeable.