June 19, 2002: The date when Impact Wrestling hosted its first event, from the Von Braun Center in Huntsville, Alabama. Then known as NWA-TNA (Total Nonstop Action), the new promotion was formed in hopes of satisfying a fanbase looking for an alternative product after WWE absorbed ECW and WCW the year prior.

Since that inaugural weekly pay-per-view production, the company evolved beyond its humble beginnings into a global brand. There was a time when Impact would be drawing more than a million viewers each episode on Spike TV. Today, the flagship show is enjoying a creative renaissance heading into Slammiversary pay-per-view. Leading up to the milestone 20-year celebration, we caught up with some of the most influential figures past and present to reminisce about Impact’s history and lasting legacy. 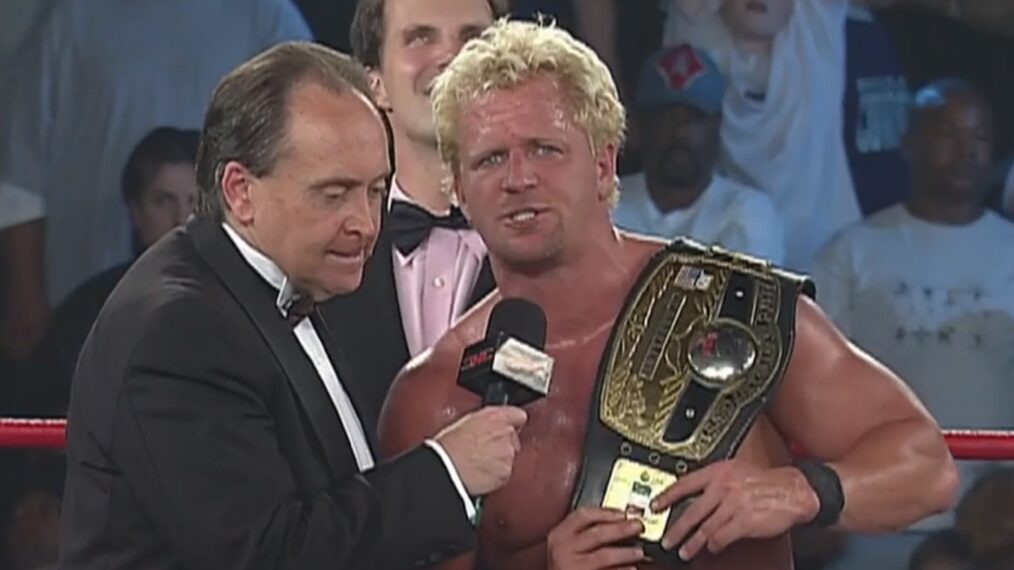 The co-founder of Impact Wrestling pretty much did it all while with the company. He juggled business and creative meetings while preparing for matches as a top star. Jarrett has much to be proud of in seeing a vision fully realized. When it comes to the wrestling side, the Hall of Famer will look back fondly on early showdowns with a young AJ Styles.

“Not only did I have to prepare for an NWA title match, but all the other things leading up to the show,” Jarrett, who also hosts the My World with Jeff Jarrett podcast, said. “Besides AJ, those matches with Kurt Angle and that run were a personal highlight of my career. Making the decision of putting the X Division in the main event — I was told by just about everybody not to do it. Awesome Kong and Gail Kim main eventing an Impact show. For the time, it was enormously cutting edge. It was all very innovative, bold, and forward-thinking.” 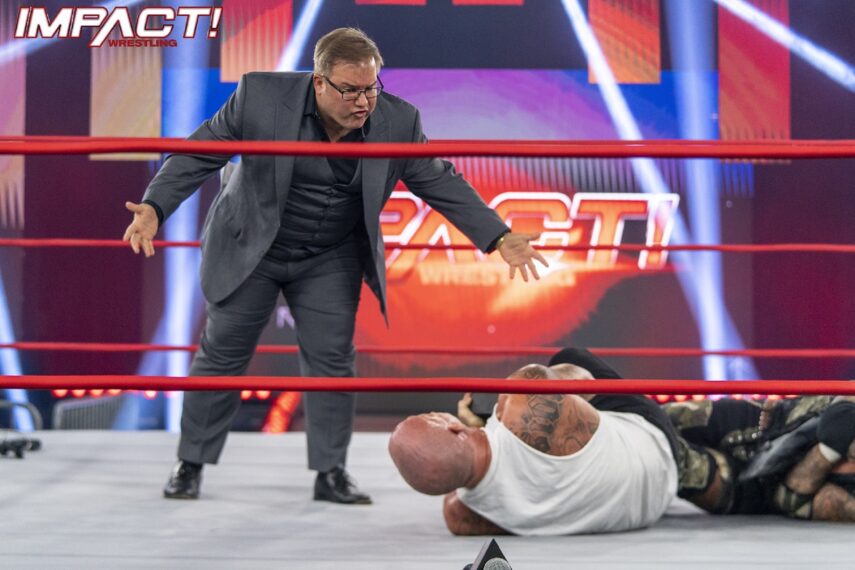 The executive vice president of Impact Wrestling’s journey began in 2003 as an agent (producer), as well as managing a group called Team Canada. A big milestone D’Amore recalled was the show open of Impact’s first three-hour pay-per-view. It garnered a feeling that the little promotion that could formally arrive. The evolution of the women’s (Knockouts) division also stands out.

“The formation of the Knockouts will hold a special place for me,” D’Amore said. “It was Gail Kim, Traci Brooks, Jackie Moore, and others who kept pushing and pushing. If you watch any wrestling show, women aren’t wrestling in mud, jello, or doing lingerie pillow fights. The Knockouts showed that women can be athletes, powerful, and be competitors.” 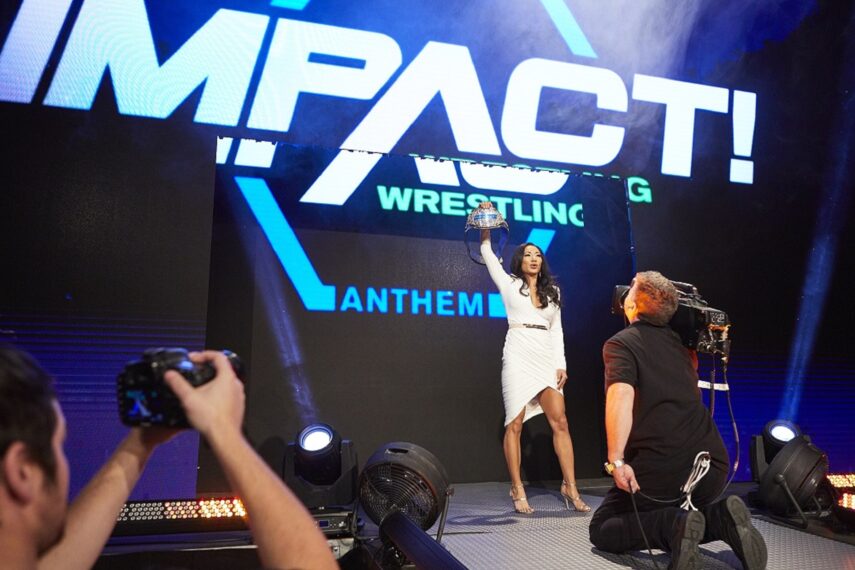 The Hall of Famer names Awesome Kong and Taryn Terrell as two of her favorite opponents. Runs with WWE further confirmed to Kim that Impact was home. An inaugural champ feels most fulfilled. Leading the induction of Awesome Kong during a retirement presentation at Bound for Glory last year really put everything in perspective.

“To know we had a hand in starting the Knockouts division and look at what it has turned into, knowing the company has supported us since 2007 along the way,” Kim, a producer, said of particular highlights. “Impact never dropped the ball on the women’s division. We fought for this. You know how much begging, blood, sweat, and tears went into it. To look back on that now and work with the girls in the locker room now, that’s everything you could ever wish for.” 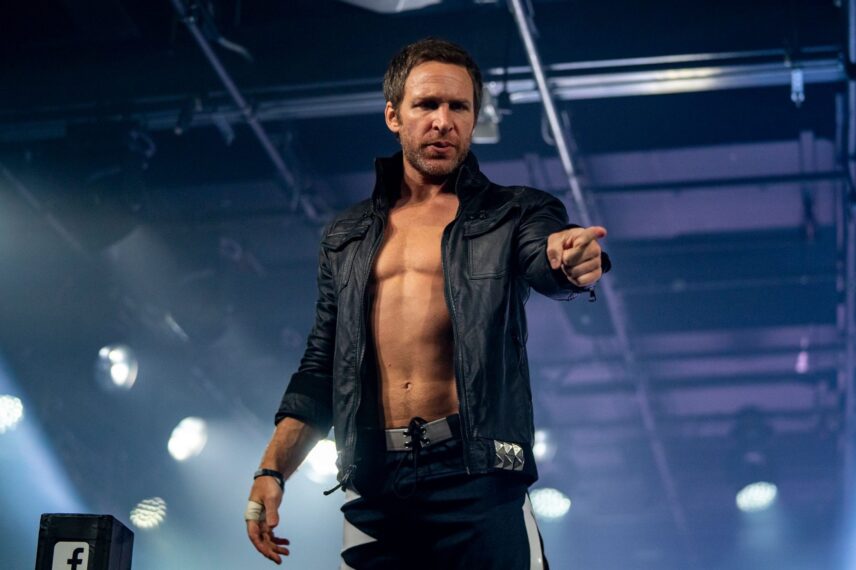 One of the cornerstones of the X Division and tag division with the Motor City Machine Guns has amassed quite the resume in Impact. Today he lends his knowledge to the talent while also continuing to compete at a high level.

“I’ll definitely remember those best of 5 between the Motor City Machine Guns and Beer Money. It’s probably my favorite work I’ve done at Impact,” he said. “I also remember having those matches with AJ Styles on Impact that I thought was really good. I remember a match with Samoa Joe at No Surrender in 2005 sticks out to me, and facing Alex Shelley one-on-one in the finals of the X Division tournament. One that meant a lot to me was the King of the Mountain match. We ran The Palace of Auburn Hills. It doesn’t exist anymore, but having family out there meant so much.” 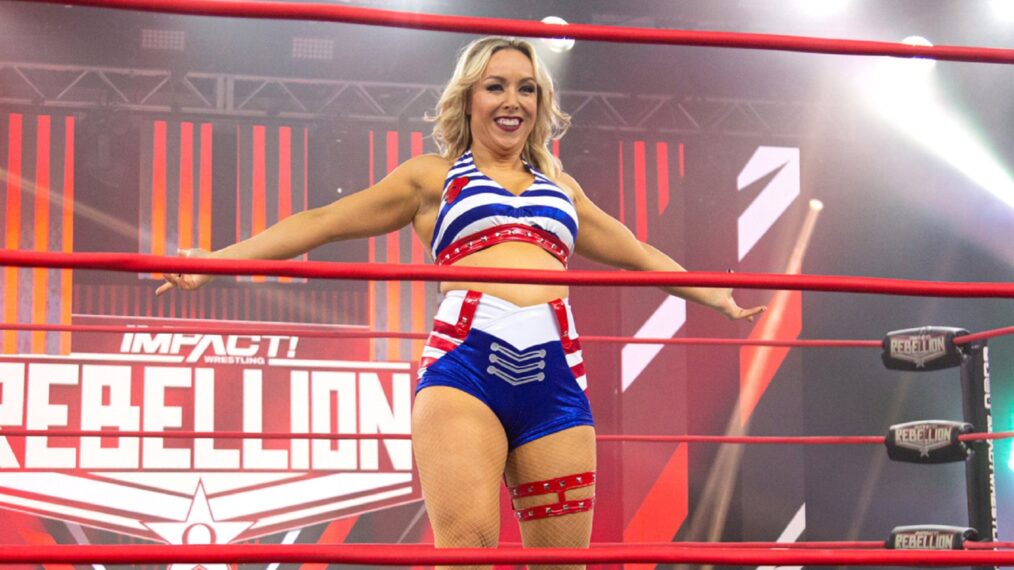 Taylor Wilde’s star was born when the new face pulled off a shocking upset over Awesome Kong for the Knockouts championship. This was in 2008 when Kong was hosting her $25,000 Challenge. Wilde would also go on to win the Knockouts tag team titles with Sarita and Hamada.

“The Knockouts changed the trajectory of women’s wrestling,” Wilde said. “We were able to do so because of TNAImpact gave us the platform to raise the standard of women’s wrestling on television. My heart will always be with the company and so will my loyalty.” 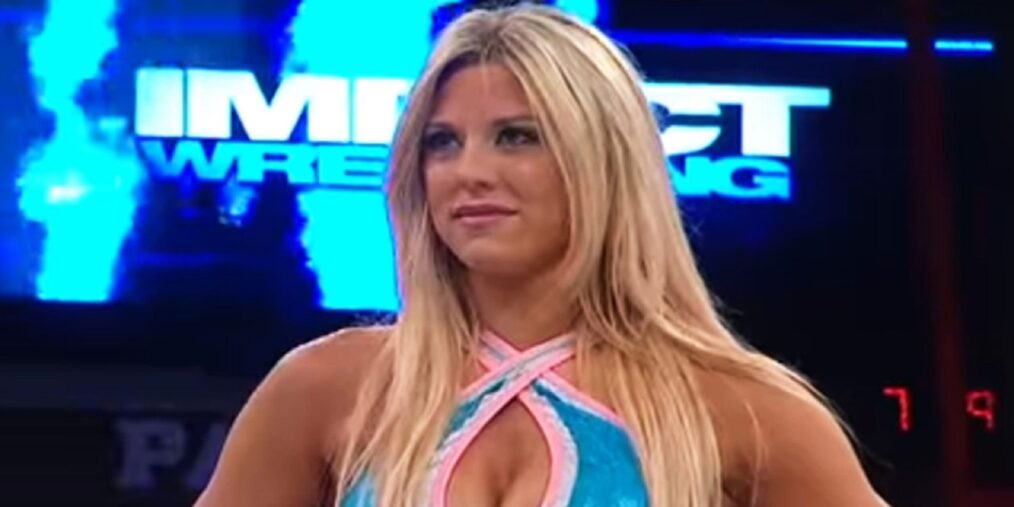 Taryn Terrell went from referee to the longest reigning Knockouts champion and leader of the all-female group The Dollhouse. It’s a time the NWA star feels she didn’t really appreciate as much then as now.

“Its funny because I wanted to be part of Impact so badly,” Terrell said. “Then I couldn’t get a job to save my life. It took, I think, two years before I got a job there. It was such a cool environment. I remember when I walked into that locker room, Christy Hemme, Gail Kim, Brooke, Victoria/Tara, Velvet Sky….That match with Gail at Slammiversary, I remember we went to the back and Hulk Hogan was standing and clapping,” Terrell recalled. “For me, that was like, ‘Holy f–k! Did that happen?’ I was so excited.” 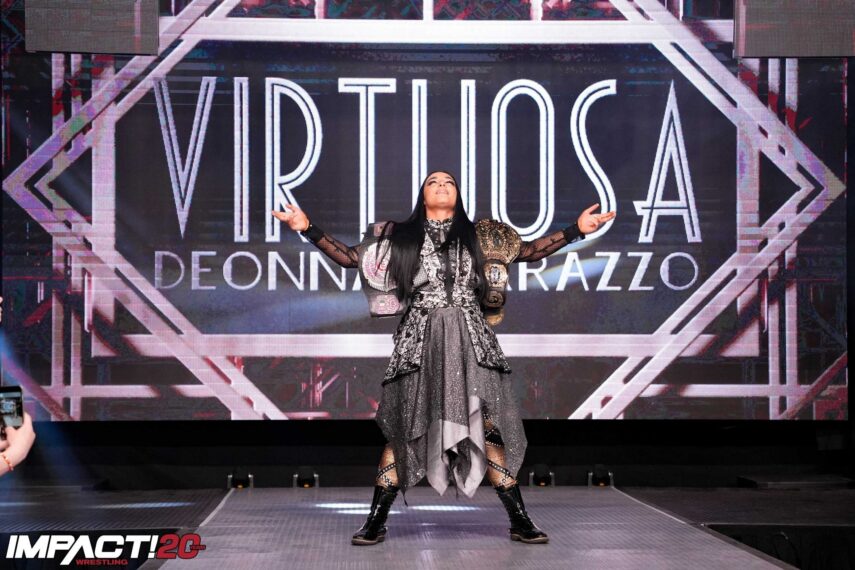 After an unsuccessful stint with WWE, “The Virtuosa” was determined to reinvent herself. She took Impact by storm, returning to the company with a wealth of experience and made her mark.

“I think I’m most proud of that first Knockouts Knockdown in 2014. I wrestled Brooke Tessmacher. I think it’s a really cool memory to reflect back on,” she said. “It helps me remember where I came from and how far I’ve come. Also, that was my eighth professional wrestling match. So to perform in the Impact Zone at Universal Studios with so much history was incredible….If you look across the entire wrestling landscape, nine times out of 10 your favorite wrestler has come from Impact.” 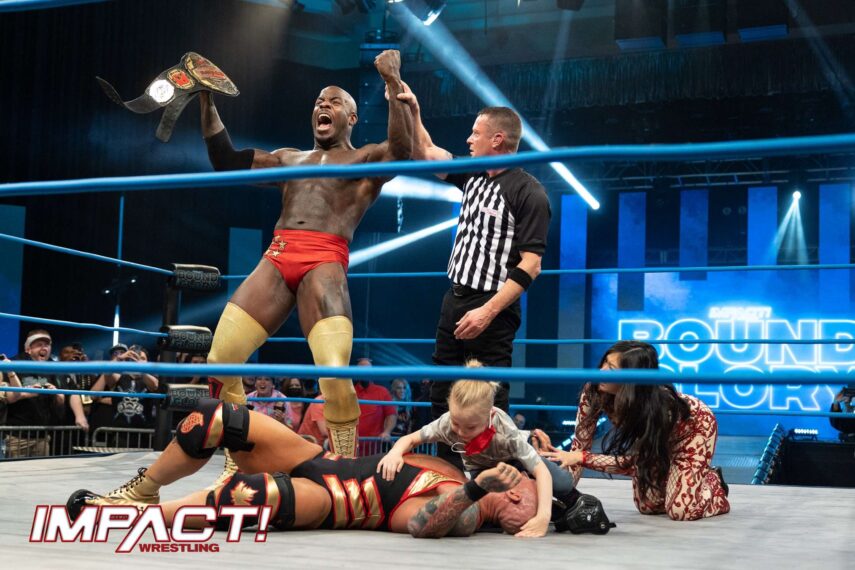 The former NFL player prides himself as the self-proclaimed “Mr. Impact Wrestling.” The imposing star won the world championship on the company’s premiere Bound for Glory last year. That highlight will live on forever, but he knows others came before.

“When you think of Impact Wrestling, the first name that comes to mind is AJ Styles,” Moose said on Impact’s legacy. “What he showed with the company is you can become a superstar at Impact Wrestling. I’m glad about our 20-year anniversary coming up. Impact Wrestling is one of those companies that people didn’t think would last this long. Not only are we hard to kill, but we’ve produced a lot of superstars who have made huge names for themselves.”