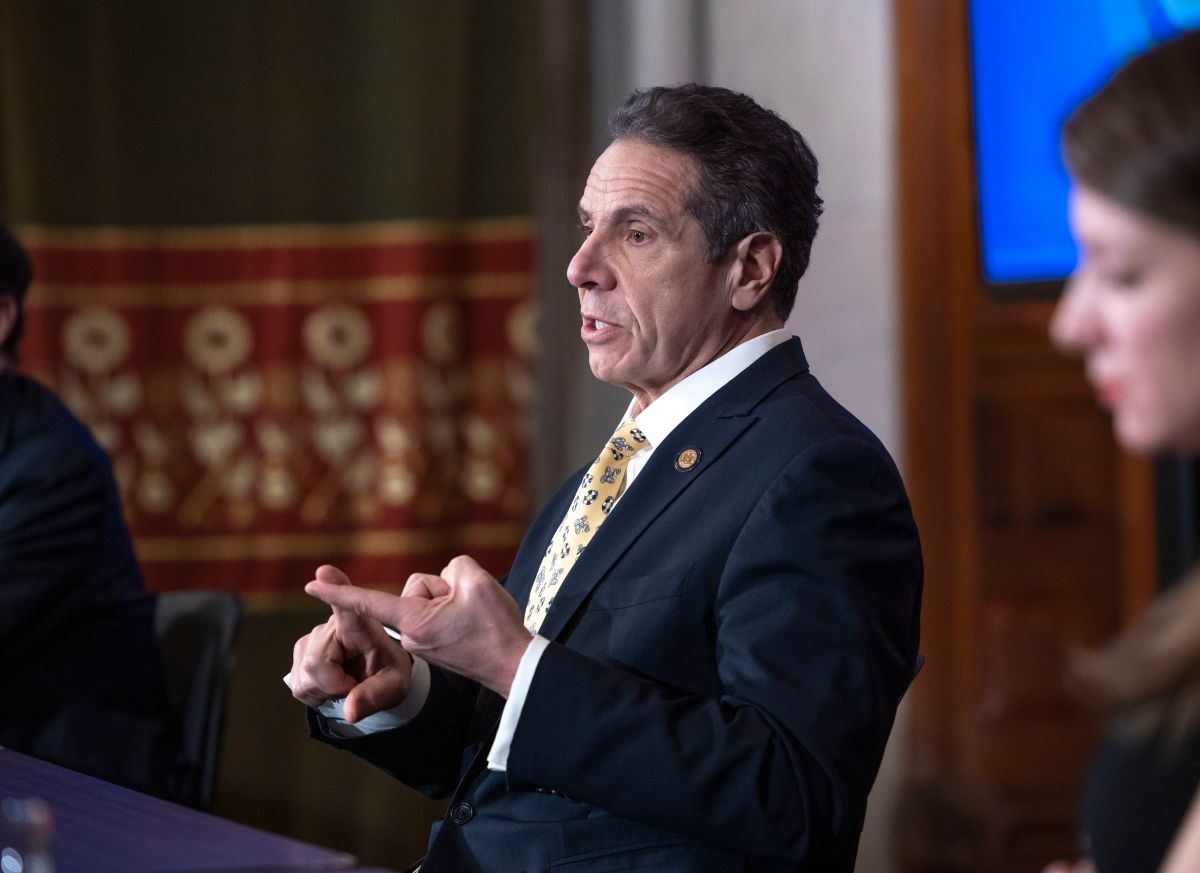 There are already three women who have come forward to report to Governor Cuomo for sexual harassment.

The New York State Assembly limited this Tuesday the use of emergency powers for the pandemic of Governor Andrew Cuomo, in full scandals around the president for his behavior with women and his management of the coronavirus crisis in nursing homes.

The Lower House immediately suspended all executive prerogatives due to the pandemic that the Governor had and that expired on April 30 and will maintain only the directives that were already in place for a period of 30 days, the state assemblywoman confirmed Catalina Cruz.

This move has been taken after criticism from members of Cuomo’s own party for his pandemic management in nursing homes and the alleged attempt by his administration to hide the number of deaths in the residences, something that state and federal authorities are investigating.

To these problems, there have been recently several complaints from women who accuse the governor of sexual harassment and inappropriate attitude.

A third woman charged Cuomo on Monday of inappropriate behavior at a wedding, after two others who worked with him claimed that he sexually harassed them, something that further complicates the politician’s precarious situation

Anna Ruch assured The New York Times newspaper that at a wedding held in September 2019, the Governor groped her without permission on her bare back and on the cheeks.

As the woman tried to separate, the Governor asked her if he could kiss him, according to Ruch, who worked for him. President Barack Obama and the campaign of President Joe Biden in 2020 and that ensured that the episode made her feel “embarrassed.”

This new revelation adds to the accusations of two former employees of the Governor’s team who have accused him of sexual harassment and inappropriate behavior with them.

Last week Charlotte Bennett, the Governor’s health adviser until November, revealed that during an episode last year the governor made advances to her that she interpreted as a clear invitation to sleep with him and that they made him feel “scared“.

Shortly before, Lindsey Boylan, a former economic adviser, denounced in an article the work environment of Cuomo and “Such a common sexual harassment and abuse, thatIt is not only condoned but also expected ”.

The Governor has asked for forgiveness for actions that he considers were “misinterpreted as unwanted flirting”, while he has assured that he will collaborate with the investigation into these complaints that the state prosecutor, Letitia James, has opened.

A protest was called on Tuesday in New York to demand the resignation of Cuomo for his behavior towards women.

Cuomo, who wrote a book explaining his tenure during the pandemic and who was seen as a rising Democratic political star, is experiencing low hours and members of his own party who had tense relations with him have withdrawn their support.

Mayor Bill de Blasio, who maintains a notorious animosity with the governor, has called for his resignation if the accusations of harassment of women are confirmed.

At a press conference this Tuesday, De Blasio said that “when too much power is put in the hands of one person, bad things happen. We need to return control to the local level ”.