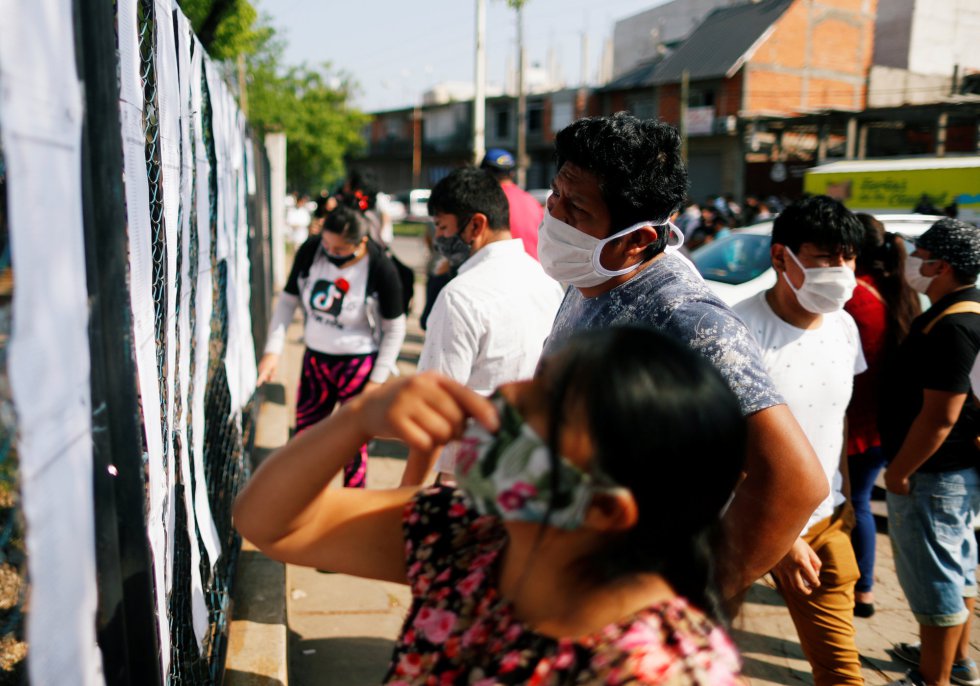 At 28 years old, Venezuelan Fernanda Socorro will vote this Sunday for the first time. It will do so in Buenos Aires, its host city for 10 years, where primary elections are held to choose candidates for deputies and senators. Socorro is one of the nearly 417,000 foreigners authorized to vote in the Argentine capital after the entry into force of the city’s first electoral code established the automatic registration of all immigrants with permanent residence. The number of foreign voters has thus multiplied by 20. If they represent less than 1% of the electoral roll, today they are 16% of the total.

Their high number may be key to the local electoral result, which has led political parties to mobilize to attract votes among the different immigrant groups. For some of the new voters, it represents an opportunity to have their claims heard, but others, such as Socorro, lament the lack of information. “We found out from my brother-in-law, by chance. Neither my partner, nor my mother, nor my mother-in-law nor I follow Argentine politics, we do not know the candidates and we do not know who to vote for, but they have told us that it is mandatory ”, assures this confectioner.

Argentines are obliged to go to the polls, but foreigners are exempt from any type of sanction if they decide not to. “They told us we had to vote, but then we found out that no, nothing happens. If Argentines don’t know who to vote for, what are we going to know ”, says Juan Quispe, a Bolivian who has lived in Buenos Aires for 12 years. “First that they solve the problems for us, make it easy to have all the papers,” he adds as he lowers the gate of the greengrocer he serves with his wife. Both vote in Bolivia: “In case one day we return.”

Bolivians, Peruvians and Paraguayans are the three most represented communities in the electoral roll of the Argentine capital, with almost 50% of the total. In the 2019 elections, when about 20,000 foreigners were allowed to vote in the city, the majority of the votes were for Peronism – 66% -, a long way from Macrismo –28% – and the Left Front –10 %. The projections are that the migrant vote will maintain the center-left trend in this election.

“The main claim is to have access to decent housing because many colleagues, having no guarantee, have no alternative but to live in the villas,” says the Peruvian Yefry Mosquera, at the head of the Migrant House of the Peronist organization El Hormiguero. “They also ask for more facilities to have the Argentine DNI, they denounce the police violence that we suffer in the city of Buenos Aires and that in education the customs or the language of the migrants are not respected,” summarizes Mosquera.

In recent months, Mosquera, a reference for the ruling Frente de Todos, has participated in a campaign to promote the migrant vote in the popular neighborhoods of the city, while providing information on vaccination against covid-19 and on the access to Argentine documentation.

Buenos Aires has been governed since 2007 by the Pro, one of the parties integrated into the conservative alliance Together for Change. Four years ago, they won the legislative elections in the city with 48.7%. This time they have also joined the campaign in search of the immigrant vote. “It is not the same migrant profile in the northern and central areas as in the southern areas of the city. In the former it has been one more campaign through social networks and in the south more direct, with more proximity ”, assures legislator Carlos Romero. This politician is aware that so far the majority of the foreign vote has turned its back on its formation, but stresses that it is the first time they have carried out targeted campaigns and believes that future elections will benefit them from the entry of recent Venezuelan immigration into the country. census.

“Buenos Aires is one of the few cities that provides all services to immigrants from day one,” says Romero. Health and education are universal and free for all residents of Argentina. “The main claim we receive is that of documentation, but that depends on the national government, not the city,” he argues. “We are more excluded than integrated,” refutes the Paraguayan María Rodríguez. “I try not to go to the hospital because they treat me badly and when (Mauricio) Macri governed the police began to persecute us more, to ask us for the document every so often. And in the pandemic it was worse, they would not let us leave the neighborhood to work, they had us locked up. I want to vote so that they take us into account ”, he assures.

In the province of Buenos Aires, where the automatic registration of resident foreigners has been in force for more than a decade, there are 820,530 authorized to vote, 6.7% of the register. In 2019, one immigrant out of three registered voted. At the national level, foreigners represent almost 5% of the total population of Argentina and have a great historical tradition in a country whose rulers often proclaim themselves heirs of the Spanish and Italians who a century ago “got off the ships”.

Mosquera trusts that from now on the participation of immigrants will pressure the city government so that their voices are taken into account, and is already thinking about the next step: to ensure that they can also run for local positions, as in the Buenos Aires province.