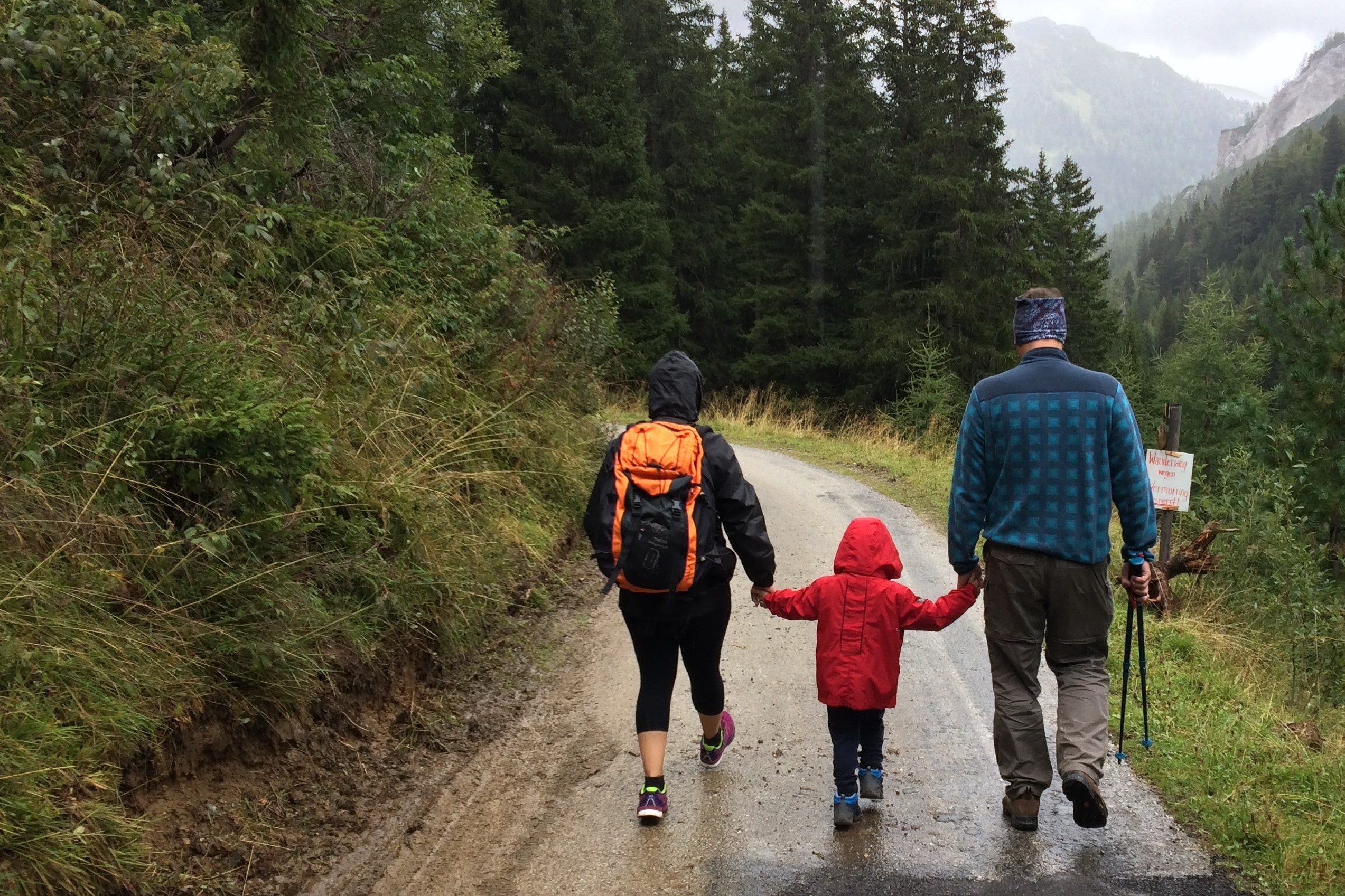 Robot Mom is an illustrated album of the editorial Edelvives that tells how a mommy vacuums, prepares food for her two children, reads stories and pampers, as well as tending to her husband without ever failing. A crank hangs on her back and the robot mom works for everyone except herself. until la robot decides to go on strike. The children say “she says she would love to play sports, go back to school, have time for herself.” So the father will have to step up and cooperate: act as a nurse, as a lullaby singer, as a cook and as a laundress. Mom and he will have to share care and upbringing. Here’s a story about co-parenting.

Since Raising with Common Sense the pediatric nurse, father of three children, Armando Bastida He tells us what co-raising is: “A couple who decide to have a baby, who live under the same roof and decide to share the tasks more or less 50%. And this does not have to be half of the child’s time with each one, or to do half of the household chores each, but simply to be a team in which more or less, the tasks, responsibilities and obligations are distributed, so that both take care of the baby and both take care of the home … and in some way, like this, one takes care of the other, as a couple ”. Armando considers that either efforts are shared or one of the members ends up suffering. And most of the time it is the baby, or it is the mother, or it is both, “because men, historically, are the ones who see their life less modified, especially because in the first months, the baby looks for mother above all (and vice versa), and many men do not take the necessary step. The one to be there. The one of not wanting to miss it. The teamwork: taking care of mom so she can take care of the baby. And of the baby, when (the baby) allows it, and of the house, and of food, shopping, etc. In short, share the burden ”.

Isabel Cuesta is better known as A Cool Mother, name of his blog that is currently a benchmark in Positive Education. Through their training she and her husband help other parents and educators to improve their family relationships through a positive approach. Isabel tells us: “The normal thing is that if one of the parties assumes control of the care, and assumes all the responsibilities, the other party accommodates. That is why it is so important to be aware and learn to delegate and let go of the load ”. It is essential to give up having everything done our way and to understand the family as a true team. Isabel Cuesta believes that men should assume their share of responsibility because the children belong to both of them, as well as the rest of the tasks. “A good formula to achieve this is to hold family meetings to develop rules, distribute tasks, plan, resolve conflicts. But not in an imperative way, it is not a form of control, but a space to create a climate of cooperation, where all family members contribute ideas and solutions ”, propose the reference in Positive Education.

The founder of Raising with common sense states that “the time when men brought money home and delegated everything else to mom is over. He is a model of a macho man and a model of an absent father, who negatively affects the couple and negatively affects the baby. It makes a lot of sense to look for a different model of masculinity, to show our children how a man should behave with his partner and how a man should behave as a father. And I mean a respectful and loving man ”. For the pediatric nurse Armando Bastida it is a privilege to be able to care for, raise and guide his babies. Consider that parenting is sometimes hard, but that a child is a great responsibility and, once you have it, you must be responsible for the choices. According to Isabel Cuesta, the best argument for co-parenting is the fact of having a common project: “It is a reality that by teaming up and rowing together we go much further. Going to one side wears out and affects us all, it produces a very bad environment and frustration, something that splashes our sons and daughters a lot ”.

Also Read  What is and what is not critical race theory? We explain it

Co-breeding is a way of educating hand in hand. It even points out Isabel Cuesta, having different ways of seeing or understanding parenting, but that the most important thing is not to take authority away from each other. Efforts have to be shared because if the backpack is loaded it ends up exploding. “There needs to be that ability to see the need of the other to act without reproach. We have to be a team, not rivals, “he says. A Cool Mother. Having a baby is an action and decision of two people, who bring into the world a dependent being that requires time, love and respect. “It is a moral obligation, and the responsibility of both parents. In other words, something as simple as that the son belongs to both of us. And it is for the good and for the less good. Day and night. Forever. Suddenly you are a father, and you are for the rest of your life. You cannot choose when to be and when not to. And your son needs you. You, dad, too. And much more than you think. And I know that you know it, we men know it, because we are also aware of how much we came, as children, to need our father. Some were and others missed it. Unfortunately for them and for those of us who were their children ”, concludes Armando Bastida.